Terra coin failed miserably, plunging the investor money. However, Do Kwon, CEO and co-founder of Terraform Labs, the company behind Terra and Luna has a ‘grand revival plan’ to salvage the Terra ecosystem from its current stage. The new plan is called— ‘Terra 2.0’. However, tech entrepreneurs and cryptocurrency exchanges are divided on supporting the CEO’s new plan.

Terra 2.0, is the revamped version of Terra coin. The company CEO believes that validating all invalid blocks as well as transactions on the blockchain network will make the coin boom once again. This plan will be done via something called—a hard fork. A hard fork will ensure that Terra is not linked to the current Terra blockchain, instead will be linked to a new blockchain, then the Terra token can be switched to TerraClassic, the stablecoin by Terraform labs that are not algorithmically designed.

It should be noted that Terra-Luna coins are sister coins and to maintain the balance between them, users had to buy some Terra and then exchange it instead of Luna, for which they would earn small profits. With both coins crashing, after the supply-demand ratio broke, the only way the CEO believes to revive the coins is through the introduction of a new coin.

According to an announcement from Terraform Labs, Terra 2.0 will go live on May 28, 6 am UTC. The company has also launched the airdrop of new Luna tokens that will be processed soon.

Global cryptocurrency exchanges such as Binance, FTX, Crypto.com, Huobi, Bitfinex, Bybit, Gate io, Bitrue and Kucoin have announced support of the newly modified version of Terra. Binance, the global cryptocurrency exchange stated that it was “working closely with the Terra team on the recovery plan,” while FTX announced that it would support the “new LUNA airdrop and suspend LUNA and UST markets.”

Interestingly, Binance CEO Chengpeng Zhao earlier criticised the hard-fork plan to revive the Terra blockchain ecosystem. He even went on to advise that “burning of Terra coins could help”. Burning essentially means sending a particular token to a dead wallet so that it can never be retrieved, in short reducing the supply of the coin, which eventually increases the demand.

It seems that Binance took a u-turn and now has openly welcomed Terra 2.0. Meanwhile, Do Kwon stated on Twitter that he had not contacted exchanges to list the new Luna tokens. On the other hand, Coinbase crypto exchange said it won’t support Terra’s hard fork plan and won’t list or support the new coin.

Tech entrepreneurs and billionaires are also not keen on investing in Terra 2.0. Billionaire Mark Cuban told Fortune that he won’t be investing any of his money into Terra 2.0 or Luna 2.0. Notably, Cuban did not even invest in the first Luna-Terra project. It is worth noting that in June 2021, Cuban lost a load of money when he invested in a stablecoin project called Iron Finance.

The billionaire investor had also called for ‘regulation in the crypto-space so that investors don’t suffer major losses in failed crypto projects. He also criticised the failed Anchor protocol, which was one of the key pieces of the Terra ecosystem.

Earlier today,  Dogecoin co-founder Billy Markus called the attempt at revival of the failed blockchain to only attract “dumb gamblers.” Further, BitGo CEO Mike Belshe is not very keen on Terra 2.0. He took to Twitter and questioned whether the new project will be able to fare better than the first failed project.

Fri Jun 3 , 2022
Editor’s Note — Sign up for Unlocking the World, CNN Travel’s weekly newsletter. Get news about destinations opening and closing, inspiration for future adventures, plus the latest in aviation, food and drink, where to stay and other travel developments. (CNN) — The US Centers for Disease Control and Prevention added […] 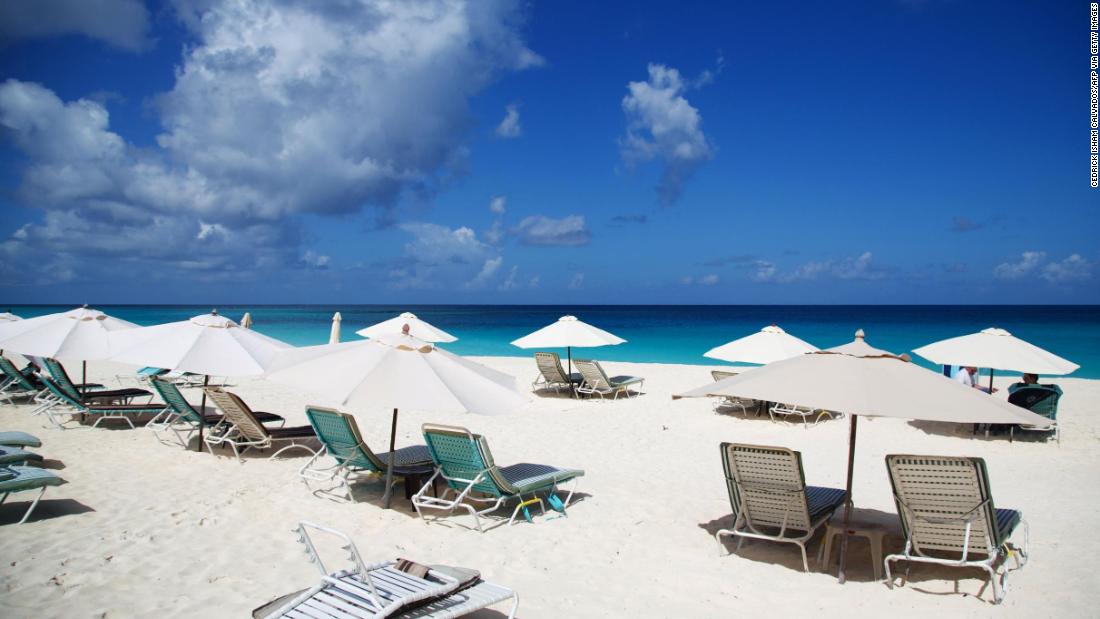