Virginia lawmakers have approved legislation that would allow local police departments to use facial recognition technology in some circumstances, including when they have reasonable suspicion a person has committed a crime

RICHMOND, Va. — Last year, Virginia lawmakers passed one of the most restrictive bans in the country on the use of facial recognition technology, barring local police departments and campus police from purchasing or using the technology unless explicitly authorized by the legislature.

On Thursday, just eight months after the measure took effect, lawmakers approved a bill to lift the blanket ban. The legislation would allow police agencies to use the technology in certain circumstances, including to help identify an individual when they have reasonable suspicion that the person committed a crime. Under the bill, facial recognition also could be used for a variety of other uses, including to help identify crime victims or witnesses, sex trafficking victims and unidentified bodies in morgues.

The legislation explicitly bars the use of facial recognition for surveillance or monitoring. Cities and states around the country moved to limit its use after some law enforcement agencies applied facial recognition technology to images taken from street cameras during racial justice demonstrations in 2021 and used those to make arrests in some cases.

Several lawmakers said they viewed the ban passed last year as a temporary measure to allow the legislature to evaluate facial recognition technology. Democratic Sen. Scott Surovell, whose bill was approved Thursday, said the technology — when used with appropriate restrictions — can be an important investigatory tool for police.

“I think it will help police not only solve, but prosecute crime more efficiently,” said Surovell.

Some lawmakers were vehemently opposed to ending the ban, citing concerns about privacy, civil rights violations and studies that found higher error rates for facial recognition software used to identify people of color.

“This technology can be very important to law enforcement for different types of investigatory situations, but it can also be used for a tremendous amount of bad things … is is dangerous,” said Republican Sen. Ryan McDougle.

“It is not right, it is not as restrictive as it should be,” he said.

Democratic Del. Marcia “Cia” Price cited the case of Robert Williams, a Black man who was arrested by Detroit police when facial recognition technology mistakenly identified him as a shoplifting suspect. Williams said his Michigan driver’s license photo — kept in a statewide image repository — was incorrectly flagged as a likely match to the suspect. Investigators had scanned grainy surveillance camera footage of a 2018 theft inside a watch store.

“When he said he didn’t do it, the officer said, ‘Well, the computer said you did,’ ” Price said.

“Why should we allow law enforcement to use it?” she said.

The ban applied to local and campus police departments, but not to Virginia State Police. State police use the Centralized Criminal Image System, which allows them to compare an unknown image of a person to a database of mug shots of people who have been arrested. The software returns images that have a similarity to the subject in question, but police investigators are required to confirm the official identification.

Several lawmakers said the new legislation includes “guardrails” to ensure that police have to follow clear rules on when and how the technology can be used. Republican Del. Glenn Davis said police already routinely use publicly available photos on social media sites during investigations.

“All we’re doing here is instead of having law enforcement officers sit there and look through hundreds of photos to try to make that match, we use this technology,” Davis said.

Surovell said the legislation prohibits police from including any information obtained through facial recognition when applying for a search warrant or arrest warrant. Police can use the technology to develop leads, but they must have corroborating evidence before they can apply for a warrant, he said.

The bill also requires that the facial technology to be used by police must be evaluated by the National Institute of Standards and Technology and have an accuracy rating of at least 98% across all demographic groups. The legislation directs Virginia State Police to develop a model policy on the investigative uses of facial recognition technology. Local local police departments must adopt the state police standards or come up with their own policies that meet or exceed those standards.

Youngkin has not indicated whether he will sign the bill. His spokesperson, Macaulay Porter, declined to comment, saying only that Youngkin will review the legislation when it gets to his desk.

Fri Mar 11 , 2022
Elsa Klensch, who over two decades brought fashion news to CNN’s global TV audience, has died in New York City, according to the network. CNN did not give a cause of death. Klensch was 92. Klensch hosted the weekly series “Style With Elsa Klensch” from 1980 to 2001. She traveled […] 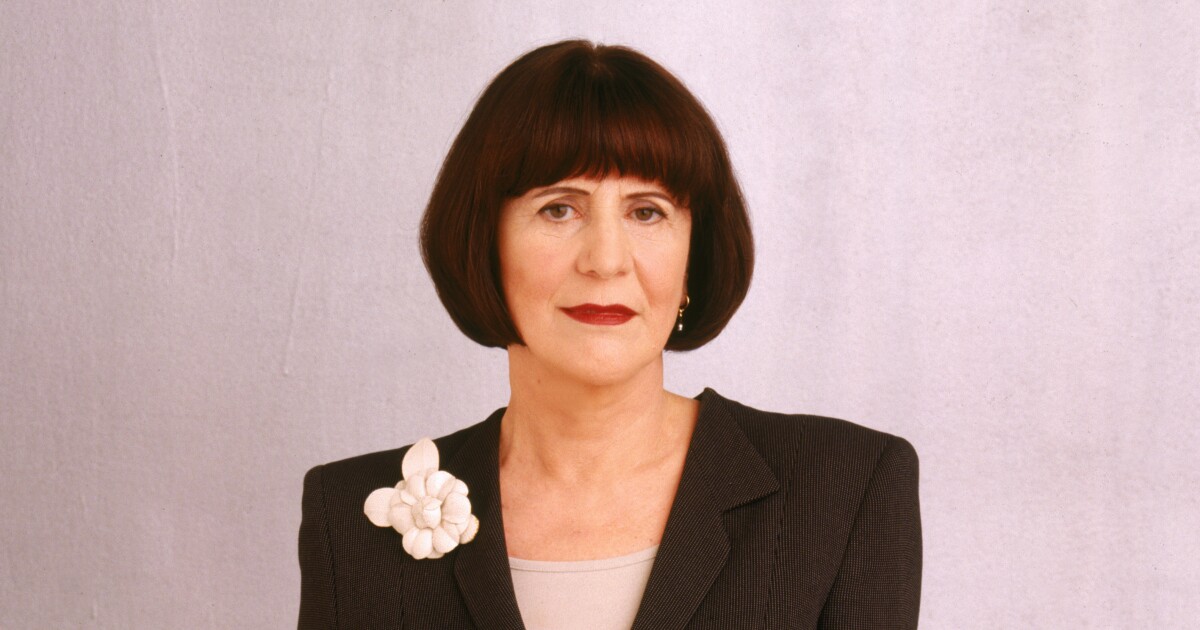