Indian Chief of the Army Staff General Manoj Mukund Naravane and Minister of Home Affairs Amit Anil Chandra Shah were left red-faced on Wednesday after a United Kingdom (UK)-based law firm filed an appeal for their arrest to the London’s Metropolitan Police for allegedly committing war crimes in the Indian illegally occupied Jammu and Kashmir (IIOJK).

The legal appeal for the arrest of two top Indian government officials under the “Universal Jurisdiction” principle has been made to British Police following the release of a detailed report by London-based law firm Stoke White, which held them responsible for the torture, kidnapping, extrajudicial killings as well as rape and sexual violence against women in the valley.

UK Police Asked to Probe Indian Officials’ Role in Kashmir
A London law firm @stoke_white has filed an application with British police seeking the arrest of India’s army chief and a senior Indian government official over their alleged roles in war crimes in disputed Kashmir. pic.twitter.com/byZrbsLZlp

“Nearly three decades have passed and not a single member of the Indian military has been prosecuted for unlawful conduct in J&K, despite growing evidence against the armed forces,” the Stoke White Investigations (SWI-unit) report stated.

The request for the arrest of the Indian army chief and the home minister is based on 2,000 testimonies taken over the past year and new evidence of how Indian security forces have been responsible for their alleged war crimes and abuses in IIOJK.

Following the filing of the appeal, the law firm “confirm” on its Twitter account that the submission to the UK Metropolitan War Crimes unit has been allocated to an investigating officer.

Shocking as it may seem, the law firm, while demanding the arrest of Naravane and Shah, also presented detailed evidence to attest that Israeli security personnel have been present, and themselves been responsible for, interrogations whose methods fall under the legal definition of torture. The law firm said that it is the subject of an ongoing investigation by the SWI unit.

The SWI-unit noted growing evidence testifying to the presence of Israeli intelligence operatives during interrogations and torture of Muslims in IIOJK. It said that India’s increasing security and defence partnership with Israel, including the growing use of armed and surveillance drones, means that “this security alliance between India and Israel is finding form in violations of international law on the ground.”

“The cooperation between Tel Aviv and Delhi is a subject of ongoing investigation by the SWI-unit,” the report said, “this culture of impunity is compounded by the lack of access to justice for victims of war crimes and/or human rights abuses.”

“The systematic nature of war crimes conducted by Indian authorities against the Kashmiri Muslims has been documented, but this report brings forward new evidence of complicity between Delhi and Tel Aviv within a broader context of security policies and rhetoric invoked by the Global War on Terrorism (GWOT),” Khalil Dewan, the author of the report and head of the SWI-unit, stated. “This complicity has not been exposed in such detail before, and our data is growing,” Dewan said.

The legal argument to investigate perpetrators from India and to investigate them for war crimes in Jammu and Kashmir, has been submitted by the Stoke White law firm at the UK’s Metropolitan Police unit that is specifically designated to investigate accusations of war crimes and human rights abuses.

Stoke White filed evidence to the Met Police with particular focus on the detention-without charge for 18 years of Zia Mustapha. Mustapha was arrested at the age of 15, and after 18 years detention without any credible charges, killed in an extrajudicial killing.

Evidence was also submitted that focuses on the torture of human rights campaigner Muhammad Ahsan Untoo, the report said, while further indicating that the violations in question increased under the Covid-19 pandemic. The investigators said that the legal action stemming from the report places several Indian ministers, including Shah, and Naravane as being liable for arrest.

These testimonies and the additional investigative research for the report was conducted between September 2020 and December 2021 using traditional human rights interviews, working with verified sources on the ground and extensive use of open-source intelligence tools and techniques.

“The report proves that a culture of impunity exists in Jammu and Kashmir which has been facilitated by the Global War on Terrorism, so that counter-terrorism facilitates human rights abuse by India, in particular the rights of Muslims in the region to safety from harm, justice, and self-determination,” the report read.

Acts of abuse are directed against those Muslims dissenting against Indian occupation by conducting legitimate protest, seeking legal recourse through the law, and embarking on peaceful civil society advocacy — these individuals, and those who are uninvolved in any of the above activities but who have been swept up as innocent bystanders, feature as the subjects of this report.

In the report, the investigators said that the Indian authorities paved the way for impunity for its military and law enforcement personnel vis-a-vis Section 7 of The Armed Forces (Jammu and Kashmir) Special Powers Act 1990 (AFSPA). It specifically allows, it said, its security personnel to sidestep any scrutiny for their conduct unless the Indian authorities grant prior permission for ‘sanction’ via the courts to prosecute its own forces.

“This also demonstrates the lack of impartiality and the rule of law,” the report read. As a result, it added, evidence suggests that Indian authorities implicitly encourage members of their armed forces to conduct themselves in violation of international human rights law, knowing that there will be little, if any, legal repercussions.

The report said that the SWI-unit has obtained audio recordings of Indian forces — army and police — discussing interrogation tactics, detention of minors and other events which are kept on file for further investigation.

When people disappear or are abused, it said, they or their loved-ones are often prevented in the first instance from reporting abuse, kidnappings, and killings at local police stations. Also, it said, when crimes are revealed, offers of “compensation” often amount to payment for silence; and “investigations” have often ended in disturbing claims of individuals being “killed in a crossfire” between Indian army and non-state groups, even when individuals were never members of these proscribed groups.

During the investigation, it revealed that two of its team members in Jammu and Kashmir were arrested for interviewing victims’ families, saying they were later released. However, it maintained, some of the individuals that the SWI-unit approached for corroboration purposes were now facing disruption, raids, and threats of arrest by Indian forces for conducting their professional duties as human rights defenders.

“All of the above matters as well as additional detailed evidence in the full report itself, call for urgent investigation under international law to bring perpetrators to justice, and to build and enforce a firmer and more just international legal landscape,” it read, adding the firm continues to gather evidence in the hope that the goal is attained.

Since August 5, 2019, unprecedented restrictions have put Kashmir into a state of lockdown when Article 370, giving the region special status, was revoked.

Hakan Camuz, the director of Stoke White, said that the fact that Kashmiri Muslims have only international law to turn to after decades of seeking justice in their own country and only being subjected to further violence for doing so, means Stoke White must begin the process of justice on their behalf, in a country that we understand respects the rule of law.

“The application to the UK Met Police’s war crimes unit is a launchpad to investigate prime minister Narendra Modi’s government ministers for war crimes,” Camuz stated, adding, “It should also be seen as the start of a broader legal action on the enabling environment created by the GWOT [Global War on Terror] internationally, which has seen minors incarcerated and journalists and lawyers silenced under the blanket of ‘countering terrorism’, with no legal challenge.”

“We hope this is the start of genuine justice for survivors of war crimes, and a firming up of the international legal landscape so that perpetrators are apprehended according to their crimes, no matter who they may be. The world can no longer be bystanders, to India’s crimes and impunity,” he concluded.

Tripadvisor's most popular world destination for 2022 is ...

Tue Jan 25 , 2022
Editor’s Note — Sign up for Unlocking the World, CNN Travel’s weekly newsletter. Get news about destinations opening and closing, inspiration for future adventures, plus the latest in aviation, food and drink, where to stay and other travel developments. (CNN) — Tripadvisor says a 20th-century fishing village that has boomed […] 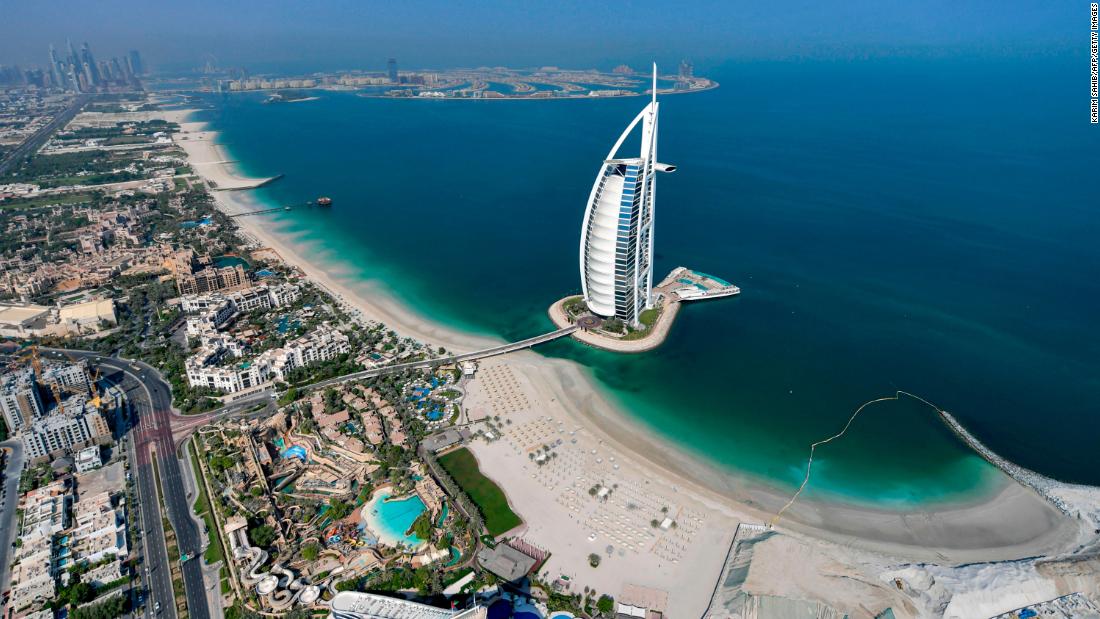