The Eastern District of Pennsylvania is the most recent federal district court to adopt Hunstein v. Preferred Collection and Mgmt. Svcs., Inc., 17 F.4th 1016 (11th Cir. 2021) by holding that the transmission of information to a vendor was a “communication” to a “person,” satisfying the “in connection with the collection of any debt” prong of Section 1692c(b) of the Fair Debt Collection Practices Act, 15 U.S.C. § 1692 et. seq.

In reviewing Khimmat’s subsequent FDCPA claim, the court conducted a literal analysis of three terms used in the statute: (1) “communicate,” (2) “in connection with the collection of any debt,” and (3) “with any person.” See 15 U.S.C. 1692c(b). The first term, “communicate,” is not defined within the FDCPA. Relying instead on the FDCPA’s definition of the word “communication,” defined as the “conveying of information regarding a debt directly or indirectly to any person through any medium,” the court held Weltman’s transmission to its vendor was a communication as contemplated under the FDCPA. In so holding, the court dispensed with Weltman’s argument that a “medium” is a “person through whom a purpose is accomplished” (quoting Webster’s Third International Dictionary 1403 (1961)), and, as such, the transmission was not a communication because it was achieved electronically and not through a person. Relying wholly on the rationale espoused in Hunstein, the Khimmat court held that defining “medium” as a person would have the effect of rendering the “with any person other than” clause of Section 1692c(b) “unintelligible.” Khimmat, 2022 U.S. Dist. LEXIS 21076 at *6.

The court’s analysis of “in connection with the collection of any debt” focused primarily on the meaning of “in connection with.” Relying on the ordinary meaning of the term “connection,” also an undefined term under the FDCPA, the court posited that a loose relationship or association to a collection of a debt is all that is required. Again, the court found that Weltman’s transmission was proscribed by the FDCPA as having been a communication in connection with a debt. The court summarily disposed of Weltman’s argument that the multifactorial or “animated purpose” tests applied in the Sixth Circuit should be used by the court and instead invoked the rationale of the court in Simon v. FIA Card Servs., N.A., 732 F.3d 259 (3rd Cir. 2013), which allowed the Khimmat court to conclude that an actual demand for the outstanding debt is not a prerequisite for invocation of the FDCPA; a communication intended to facilitate the debt collection will suffice.

For the third term, “with any person,” Weltman argued (1) that the letter vendor was its agent, (2) that a footnote in TransUnion v. Ramirez, 141 S.Ct. 2190 (2021) noted that courts have not recognized disclosures to printing vendors as actionable was binding authority, and (3) the court should look past the plain meaning of the FDCPA’s language to its statutory purpose. The court was not persuaded and pointed out that Weltman failed to adduce any evidence that could lead the court to conclude that the letter vendor was its agent, and even if it could, Congress expressly carved out an exception for attorneys who unquestionably have an agency relationship with their clients. Thus, applying the doctrine of expression unius est exclusion alterius, the court concluded that Congress could not have intended to include non-attorney agents within the excepted group of persons.

The court further pointed out the that the Ramirez case centered on the issue of standing, which makes the commentary in the footnote nonbinding dicta. To this end, the court did admit it assumed Weltman’s letter vendor actually read Khimmat’s information and advised if the parties learned this was not the case through discovery, Weltman would be empowered to then raise an issue as to Khimmat’s standing for lack of injury. The court then swiftly disposed of Weltman’s last argument by pointing out that Congress’ intent is clear, and there is, therefore, no need to look outside the language of the statute.

This case adds to the sweeping Hunstein implications for debt collectors who rely on the assistance of letter vendors, although not all courts have adopted the same approach. Debt collectors who wish to engage a vendor should seek legal counsel to learn how their respective jurisdictions treat the use of vendor services under the FDCPA.

Sun Feb 20 , 2022
Hilary Clinton’s former aide Huma Abedin was pictured stepping out for New York Fashion Week, where she sported a neutral assemble to brave the snow falling on the city to catch Ulla Johnson’s Sunday morning show. Abedin wore a striped, loose jacket and gentle smile as she appeared in public […] 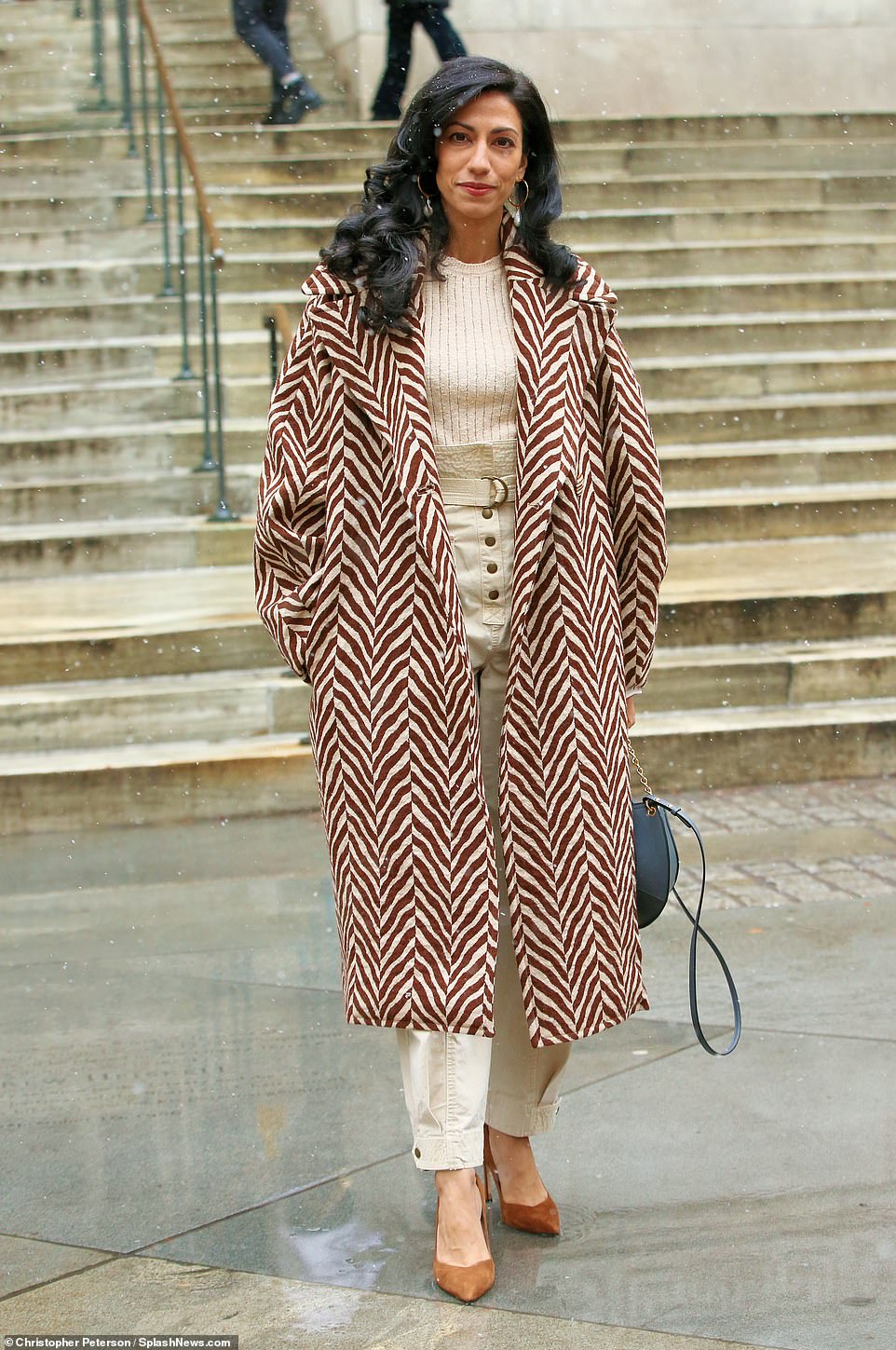