Tony Horton found fame and fortune as both the brains and brawn behind the DVD-based fitness boom of the early 2000s. Now at age 63, Horton is still looking like a million bucks, thanks to a consistent lifestyle and a passionate dedication towards staying in shape.

Muscle & Fitness stat down with the man who first shot to national fame on those late-night infomercials and is shifting his fitness focus to his recently launched “Power Life” supplement line, to find out how the influential trainer approaches health and fitness these days. We soon learned that while Tony Horton is always flattered when people tell him that he looks fantastic for his age, compliments aren’t his true motivation for staying buff.

“It’s always nice to hear what other people have to say, based on your hard work. I enjoy that, but I don’t live by it,” says the popular trainer. “My main goal is just to wake up feeling pretty good and go to bed feeling even better, most days. And it’s not always necessarily the physical or the aesthetic, it is really as much about my mental and emotional state than anything [else], as a result of my lifestyle.”

“If you want to live this [healthy] lifestyle, you gotta be a little obsessed about it,” Horton says. “It’s gotta be a priority. It’s gotta be something that you understand is going to help you ‘thrive’ as opposed to just ‘survive.’ And too many people are in survival mode, partly or mostly because they’re dehydrated, malnourished, not exercising, and overly stressed. They have no mindfulness practice, and they are burning the candle at both ends physically, mentally, emotionally, and spiritually, for that matter. And it’s like, ‘Wow! No wonder life is so hard on you.’ You’ve got to learn the basics.”

Learn your body as well

It’s easy to think that reaching your fitness potential means adopting the qualities of a cyborg, but we’re all human, and even rock-solid specimens like Horton must know when to ease off the reigns a little. “I’m not a robot, you know what I mean?” he says. “But, on those rare occasions, when I’m traveling or I’m shooting something and I’m super-fatigued, I just listen to my body. I think a lot of people think that if they miss a workout, it’s the end of the world, you know what I mean? And end up overtraining and hurting themselves or getting sick, because you know, their adrenal glands and cortisol levels go through the roof and they weren’t really listening [to their bodies]. I’ve always tried to get my five to seven days in. [But] if I’m traveling to Japan or doing a military tour, there’s a good possibility that I’m going to miss two or three days …. and I might even take a day or two off afterward.”

Horton suffered with some serious health issues of his own in 2017 and was diagnosed with Ramsay Hunt syndrome (a rare neurological disorder that causes facial paralysis, severe rashes around the ears and mouth, and hearing problems). He lost 25 pounds because of the subsequent nausea and vomiting, and couldn’t bring himself to eat. With longevity on his mind, Horton met with a team of scientists to develop a range of supplements that could help him, and others to maintain muscle-mass and get the right nutrients. This is how Power Life High Impact Whey Protein Powder was born, containing 3,000mg of myHMB and Algae D3. “If you take it consistently, the protein powder, for some people who might exercise right away, will feel it within a week. I think people who don’t, you know, they’ll start noticing general strength and less muscle joint pain, tendon pain.” The Academy of Nutrition and Dietetics recommends people take at least 0.35 grams of protein, per pound of bodyweight, for maintaining general health and recovery. For those who train harder, consumption should be increased further.

Understanding the basics and knowing that exercising is beneficial is one thing, but doing the work and putting it all into practice is where the results will come from. “It’s the effects of physical activity on not only your aesthetics and your physical appearance, but also, your strength, flexibility, and speed,” says Horton. “And if you want to go out in the world and play any type of sports — volleyball, ski, rock climb, even ride your bike — exercise is about being able to do things better.”

As for taking steps to eat more healthily, this only serves to accelerate your capability to exercise. “Food is about your health — food is medicine.” says Horton. “What if I eat right? Well, then I’m not vulnerable to stroke and heart attack and hypertension and you know, cancers and Parkinson’s and all these things. You can make that change in your 80’s, if you wanted.” Horton is still rocking life thanks to the way that he takes care of himself through fitness and nutrition. “I feel better today, my memory’s better today. I’m sharper, I sleep better,” he says. “I don’t need blue pills to have sex with my wife, I mean there’s a lot of really amazing things that physical activity and a decent diet does. It’s all chemical, norepinephrine, dopamine, serotonin brain-derived neurotrophic factor, all those neurotransmitters that occur. When you physically move … it’s like drugs, ‘Miracle Grow’ for your freaking brain!”

Sometimes, doing the work can be overwhelming. How do you get started? Well, the first step is to make a plan. “I mean, if you don’t have a plan, if you don’t know what you are going to do, [then] when are you going to do it?” asks Horton, who suggests that ‘winging it’ with our workouts will lead to sporadic sessions that may drop-off over time. He says that accountability is key when it comes to making sure that a plan is written up and stuck to. A clear plan of action will also help you to schedule your training sessions around all those other tasks that you need to complete every day.

And embrace the suck, especially those items you dislike

We are all different, and our exercise preferences are individual, but when making your plan, don’t forget to include the moves that you are less excited about. “I do two virtual workouts every week, yoga and plyometrics, because I don’t really like Yoga, and I don’t really like plyometrics,” Horton says. “But I understand their values. So, I get a bunch of people online and that forces me to do it. That’s how I stay accountable …. You know, you can change at any time. You can get fit and strong and healthy and turn things around dramatically at any age.”

Build and Maintain Healthy Bones No Matter Your Age

Sun Jan 16 , 2022
It’s an often-forgotten fact that being strong on the outside requires us to have a healthy, solid frame on the inside. Many gymgoers spend a great deal of time focusing on their aesthetics without paying proper attention to the all-important foundation, but it is essential to realize that big and […] 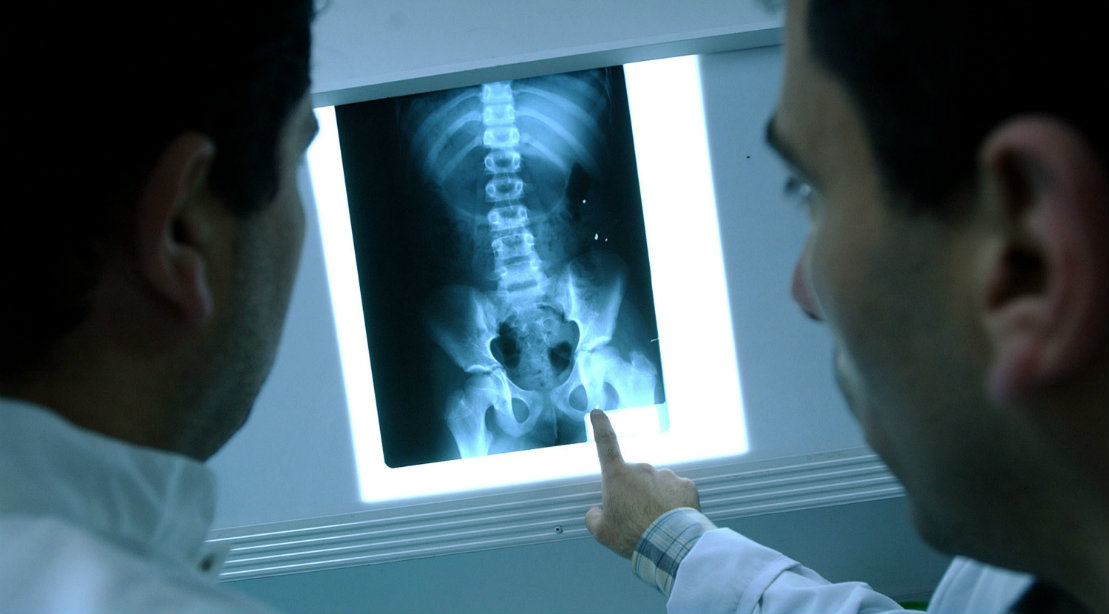