During the couture shows at Paris Fashion Week this past January, luxury fashion house Schiaparelli unveiled a new, instantly adored collection of gilded corsets, cosmos-inspired designs and dramatic black-and-white silhouettes. But each runway look was offset with a curious sartorial detail: either a pair of black pumps with gold dagger-like toenails (dubbed “claw couture” on Schiaparelli’s Instagram) or a manicured set of toenails carved into a pair of slingbacks.

Last summer, the brand’s footwear had a similar flourish, featuring a round toe cap displaying five sculptural-looking extremities dipped in gold lacquer — most recently worn by Doja Cat at the 2022 Billboard Music Awards on Sunday.

But the Daniel Rosebery-led French couture house isn’t the only luxury label leaning into an intriguing appreciation for feet.

Over the past year, a range of high fashion designers have been turning to toes for inspiration. In May 2021, New York cool-girl label Khaite debuted its “Berlin slingbacks” — a now-sold out pair of midi-heel sandals which cover only the wearer’s big toe. Milanese brand AVAVAV has meanwhile gone viral for its monster-like toes, from demonic-looking “claw finger” mules worn by Ezra Miller to Doja Cat’s unforgettable chicken feet thigh-highs worn to the 2021 Video Music Awards. AVAVAV’s newest release, “very slimy feet” — a pair of lime green, over-the-knee boots completed with four enormous toes that proved popular despite retailing for nearly $2,000.

“Designers love to take on a challenge,” said Maria Bobila, fashion editor at Nylon, in a phone interview. “They want to turn something super polarizing and ‘ugly’ into fashion, turning it into a coveted piece.”

For Bobila, fashion’s increased interest in exaggerating our extremities is the logical endpoint of the ugly shoe trend — a sartorial obsession that has catapulted Crocs, Birkenstocks, Uggs and other functional footwear brands to high fashion fame in recent years through a string of designer collaborations.
But the toe trend isn’t strictly limited to new designs. Search interest for the phrase “Maison Margiela Tabi” — a split-toe “hoof” style inspired by the Japanese tabi worker sock that debuted almost 35 years ago — jumped by 66% this April, according to Google Trends. On TikTok, a breeding ground for Gen Z fashion trends, the hashtag “tabi boots” boasts over 17 million views, while “margiela tabis” has a further 8 million. There is also a dearth of content on YouTube dedicated to unboxing these “funny camel toe shoes,” as one Gen Z creator called them.
After Margiela’s tabi boot, toe-centric shoes began to appear in a range of collections by different designers, from Vivienne Westwood’s 2000 “Animal Toe” mules with peach-colored digits to Celine’s 2013 alabaster-white heeled pumps complete with scarlet-painted toenails. By 2018, Y/Project had unveiled a pointed stiletto reminiscent of the tabi silhouette but with a major difference: a cut out that exposes a protruding big toe. But it wasn’t until 2020, when Balenciaga collaborated with Vibram to release a divisive FiveFingers ankle boot, that toe-centric footwear began to make headlines. The boot was quickly endorsed by Rihanna and became a viral sensation.

“There’s definitely an internet culture element to it,” said Bobila of these surreal shoes. “Toes are very polarizing. People find them disgusting, but also it’s a fetish. I think (these shoes) play into the memeification of toes.”

Dr. Frenchy Lunning, a professor at Minneapolis College of Art Design and author of the fashion subculture book “Fetish Style,” agrees that there’s a distinctly fetish overtone to Schiaparelli and AVAVAV’s creations.

“They’re fetishizing fetish,” she said over a video call. “It’s fetishizing the whole mystique of fetish, for humor and fun.”

Shoes in particular bridge the two worlds of fashion and fetish. Outside of being an accessory to podophilics (those aroused by feet) shoes have long been instruments of both agony and ecstasy in the industry. In 2015, the Victoria and Albert museum in London dedicated an entire exhibition to the idea that physical discomfort has long been an accepted payoff for dramatic and alluring footwear. “Shoes: Pleasure and Pain,” included high-status shoes dating back to antiquity, like an excruciating waifish gold-leaf papyrus sandal from Roman Egypt, worn by the elite.

But fashion has often more directly borrowed from the fetish community, from the London ‘SEX’ boutique Vivienne Westwood opened in 1974 to the corseted black latex looks of Thierry Mugler in the 1990s. And there has been a renaissance of fetish influence in the past year, coinciding with designers’ obsession with toes. During her 2021 MTV VMA performance, Madonna ripped open her camel Burberry trench coat to reveal a leather maid outfit and fishnets. The next day, at the Met Gala, both Evan Mock and Kim Kardashian upped the ante with full-coverage face masks. “Gossip Girl” star Mock paired a black, high-shine bondage mask with his Thom Browne suit, while Kardashian’s now-infamous outfit black morphe-looking-suit was created by Balenciaga. Last fall, during Richard Quinn’s London Fashion Week show, drag queen Violet Chachki wore a cinched dominatrix catsuit and mask down the runway — complete with a submissive companion crawling in-tow. Many designs first debuted on the runway typically trickle down into more commercial retailers, with harnesses sold at H&M and corsets anointed as one of the biggest trends of 2022.

Violet Chachki (right) walks down the runway with a submissive companion in tow at the 2022 Richard Quinn show during London Fashion Week. Credit: Gareth Cattermole/BFC/Getty

While a kinkier form of fashion begins to enter the zeitgeist, maybe the most on-trend cleavage to bare this season is that between your toes.

Sun May 22 , 2022
Wall slides are a movement that is often used in physical therapy or to help someone improve their balance and strength after an injury or surgery. They are done by placing your hands against the wall and repeatedly kicking your feet up behind you for a certain number of repetitions. […] 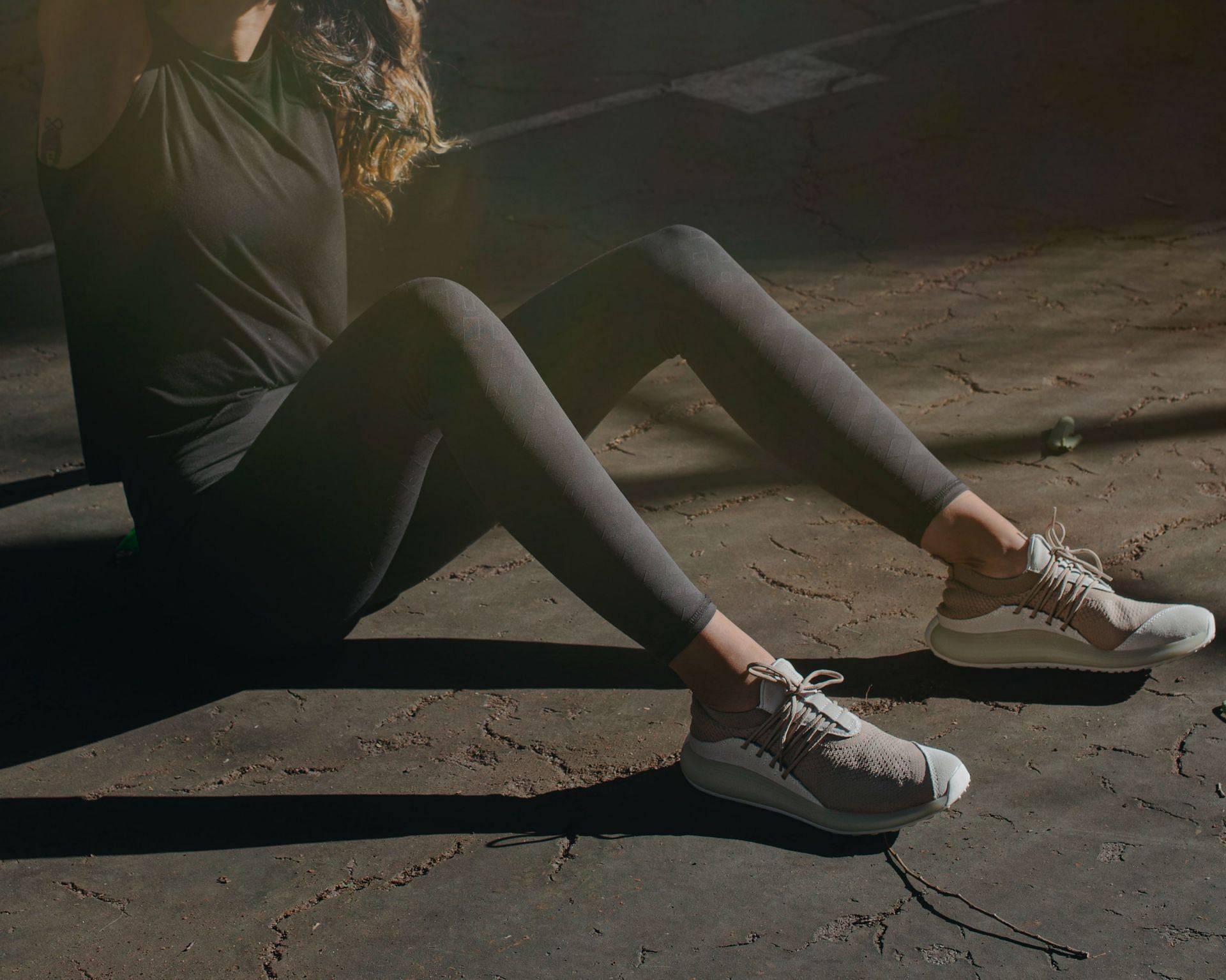