The engineers built it using a special shape-memory alloy that transforms into a particular shape in its “memory” when heat is applied. The research was documented in an article titled, “Submillimeter-scale multimaterial terrestrial robots,” published in the journal Science Robotics.

“Those joints are initially in a bent configuration like a bent knee. When we locally heat up that shape memory alloy at that joint, it will spontaneously move to recover that initial flat planar geometry,” John Rogers, who led the experiment, told indianexpress.com over a video call. Rogers is the Louis Simpson and Kimberly Querrey Professor of Materials Science and Engineering, Biomedical Engineering and Neurological Surgery at Northwestern University’s McCormick School of Engineering.

“The trick is to figure out how to make it go back into that deformed shape. What we do is, we coat the limb in a thin layer of glass. When the alloy cools back down to room temperature, the elastic resilience of that thin glass coating causes it to bend back to that original bent shape,” added Rogers.

The researchers use a focused laser beam to apply localised heat to different parts of the tiny robot in a particular sequence. Due to the properties of the alloy and the small shape of the robot, each “limb” cools down really fast after heat is no longer applied. As the shape of different limbs changes due to this heating and cooling, the robot moves in a particular way, depending on the sequence in which the laser is applied.

To manufacture the crab, the team first fabricated an initial structure with a flat geometry and then bonded it to a slightly stretched layer of really thin glass. When the stretched layer relaxes, it causes a controlled buckling which shapes the structure into the chosen three-dimensional form.

The researchers also created robots inspired by other creatures including inchworms and grasshoppers. The researchers now want to make such robots capable of carrying out different tasks.

“The robots need to be able to do something besides move around. In the future, you could perhaps use these robots in diagnostic and surgical interventions. For example, to remove plaque in clogged arteries or something of that sort. But there can also be different non-surgical and non-medical applications for such tiny robots,” said Rogers.

The researchers are also looking for ways to “communicate in a more meaningful way” with the robot. Currently, the focused laser beam can be thought of as a form of communication with the robot. It can be used to control the robot in different ways, make it walk in different directions and speeds etc. What would be even more valuable, would be the ability to “hear back” from the robot. But that would require the integration of complex sensors and some form of wireless communication parts.

But according to Rogers, the manufacturing techniques used to build these robots are similar to those used in the integrated circuits industry. This should mean that there could be a way to build different types of electronic circuits and radios directly into the bodies of the robots in the future.

If and when that happens, Rogers imagines a swarm of these devices operating in a coordinated way, communicating with each other and with the operator, to complete complex tasks.

Sun Jun 12 , 2022
Solo travel is trending, and it is one of my absolute favorite things. Don’t get me wrong, I love traveling with friends, my family, or a partner, but there is something so freeing about traveling on your own. Whenever I return from a solo trip, though, the first thing people […] 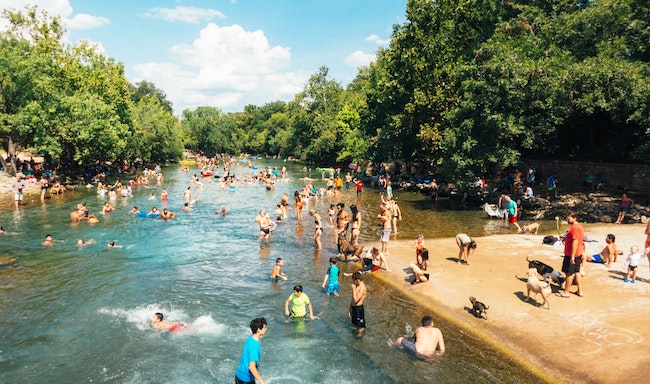