The Supreme Court’s decision today to take a fresh look at the scope of the Clean Water Act could impair EPA’s ability to protect isolated wetlands and ephemeral and intermittent streams.

It’s the latest brawl the high court has agreed to tackle with the potential to reshape national environmental policy.

“They very well could address this whole issue fresh, what we call de novo, look at it in light of what the language of the statute really means,” said Larry Liebesman, a senior adviser at Dawson & Associates, a consulting firm that specializes in permitting. “With a 6-3 majority conservative, there’s a fair chance they may come out with a ruling that’s a lot closer to the Scalia interpretation.”

Former Justice Antonin Scalia concluded in a famous court decision that “waters of the U.S.” should only include relatively permanent, standing or continuously flowing bodies of water because, according to him, that aligned with the Webster’s Dictionary definition (E&E News, May 15, 2017).

The challengers in Sackett v. EPA — Chantell and Michael Sackett — have been fighting for years for the right to build on their Idaho land without securing a costly federal permit.

In 2012, the Supreme Court sided with the couple in their battle for judicial review of an EPA order that stopped them from building a house on their land and threatened fines of more than $30,000 a day.

In a short order this morning, the justices agreed to consider whether the 9th U.S. Circuit Court of Appeals erred when it affirmed that the federal government has permitting authority over the Sacketts’ property near Priest Lake in northern Idaho (Greenwire, Jan. 24).

“The Sacketts’ ordeal is emblematic of all that has gone wrong with the implementation of the Clean Water Act,” said Damien Schiff, a senior attorney at Pacific Legal Foundation, which represents the Sacketts, in a statement today. He continued: ”The Sacketts are delighted that the Court has agreed to take their case a second time, and hope the Court rules to bring fairness, consistency, and a respect for private property rights to the Clean Water Act’s administration.”

The Supreme Court only takes up a tiny fraction of the petitions that come before it, and the justices’ surprising decision to get involved in the Sacketts’ case could throw a wrench into EPA’s planned rulemaking defining what are “waters of the U.S.,” or WOTUS.

EPA in a statement said that it cannot comment on pending litigation, but the agency remains committed to establishing a “durable” definition of WOTUS that’s informed by a “diverse perspectives and protects public health, the environment, and downstream communities while supporting economic opportunity, agriculture, and industries that depend on clean water.”

It is the second major environmental rule that the Biden administration will write in tandem with Supreme Court review.

EPA is planning a similar approach on its forthcoming carbon rule, despite the justices’ stunning move in a separate fight to weigh in on EPA’s Clean Air Act authority to regulate emissions from existing power plants (Greenwire, Nov. 2, 2021).

The Sacketts’ dispute centers on the Supreme Court’s muddled 4-1-4 ruling in Rapanos v. United States in 2006 that resulted in two competing tests for defining jurisdictional waters.

The Supreme Court could simply analyze whether the 9th Circuit used the correct test to determine WOTUS in light of Rapanos, which has resulted in years of confusion for the regulated community.

But what’s more likely, legal observers say, is that the court lines up its existing majority of conservative justices to rule that a more restrictive interpretation should be the law of the land.

Such a move would ultimately restrict which waters EPA can regulate. And while some states may have their own rules to protect wetlands and waterways no longer covered by the Clean Water Act, many do not. Some state regulators have even been prohibited by their legislatures from enforcing standards stricter than the federal government’s (Greenwire, Jan. 21, 2019).

“You’ve got five, if not six, justices now who are willing to say that the Scalia test is the proper test,” said former EPA Office of Water attorney Mark Ryan.”I think there’s a very high likelihood that’s what the Supreme Court will do here, they’ll just reopen Rapanos and say, ‘How do you determine ‘waters of the United States’?’ They almost certainly have five votes to say it’s Scalia’s [relatively permanent waterway] test, which is extremely restrictive and also somewhat internally inconsistent.”

Ashley Peck, a Holland & Hart partner who represents regulated entities, said the court appears to have attempted to limit itself by reviewing only the 9th Circuit’s ruling — rather than the Sacketts’ request for a Rapanos rematch.

“But by wading in here,” she said, “they’d necessarily be interpreting prior precedent under Rapanos. That has pretty wide-reaching implications.”

The last time the Supreme Court weighed in on WOTUS, the bench had a dramatically different composition.

Justice Anthony Kennedy provided the key vote in the 4-1-4 decision in Rapanos v. United States in 2006, in which he agreed with the four-justice plurality that EPA and the Army Corps of Engineers had improperly asserted jurisdiction in permitting decisions for Michigan construction projects.

But Kennedy, who was then known as the court’s swing justice, disagreed with his colleagues on how to determine in which cases the federal government can exercise its Clean Water Act authority.

In the years since Rapanos, federal courts have generally favored Kennedy’s “significant nexus” test, which takes a broad view of federal jurisdiction, over Scalia’s narrower definition requiring a wetland to have a continuous surface connection to a regulated water.

Three justices — Clarence Thomas, Samuel Alito and Chief Justice John Roberts — who joined Scalia’s Rapanos decision are still on the bench. And Scalia, who died in 2016, was replaced by Neil Gorsuch, another conservative.

After Kennedy retired in 2018, former President Trump nominated Brett Kavanaugh to be his replacement. In his 2020 concurrence in a separate Clean Water Act case, Kavanaugh indicated that he would favor Scalia’s interpretation of the statute (Greenwire, April 24, 2020).

And when Justice Ruth Bader Ginsburg, who dissented in Rapanos, died in September 2020, Trump tapped Scalia protege Amy Coney Barrett as her replacement, cementing a 6-3 conservative majority at the court, potentially for a generation to come.

Today’s announcement raises questions about whether the Supreme Court would wade into redefining WOTUS just as the Biden administration crafts its own regulatory definition through the rulemaking process.

Kennedy’s test had served as the basis for the Obama administration’s Clean Water Rule, which the Trump administration later gutted with the Navigable Waters Protection Rule.

The Trump rule relied heavily on Scalia’s Clean Water Act interpretation. It was struck down by a federal court in Arizona last year, giving the Biden administration a chance to write a brand-new rule.

The Biden administration had notably urged the Supreme Court not to take up the Sacketts’ case, arguing EPA was in the midst of a rulemaking (Greenwire, Nov. 29, 2021).

The agency is currently moving forward with a two-prong approach, having already moved to replace the Trump-era Navigable Waters Protect Rule with a pre-2015 definition informed by past court precedent.

EPA has said the second part of its regulatory strategy — a new definition of WOTUS — will arrive later this year (E&E News PM, Jan. 3).

The timing and substance of that rulemaking could be key. Ryan noted that Roberts famously noted in the Rapanos case that he would have given EPA deference if the agency had a rule in place at the time.

“Well, they’re in the process of promulgating a rule on this; they’re very publicly doing so,” said Ryan.

Ultimately, the court could weigh in on what Congress intended for the Clean Water Act’s reach, which could in turn limit EPA authority.

“If the Supreme Court wants to finally interpret the Clean Water Act and end all of this, they can,” said Ryan. “They’ve got five votes to say Congress meant when it wrote [WOTUS] what Scalia interpreted it as … that would greatly restrict the scope of the Clean Water Act.”

Jon Devine, director of federal water policy at the Natural Resources Defense Council, said Congress intended the Clean Water Act to protect wetlands and other waters, as it has for decades, because they provide flood protection, habitat, control pollution, and provide for recreation and drinking water. Devine also said the Sackett’s case is a “sweeping request to ignore science and 50 years of precedent under the Act.”

Liebesman, a former Department of Justice trial attorney, said he believes EPA will move forward with its rulemaking, noting that whatever the agency comes up with will have to be consistent with the Supreme Court’s ruling.

Also at play, he said, is that the solicitor general will have to provide an interpretation that reflects the Biden administration’s policy, which would likely give weight to Kennedy’s test.

The Supreme Court is expected to hear arguments in Sackett v. EPA next term, which means the justices may not issue their opinion in the case until 2023.

In the meantime, said Peck, the Holland & Hart partner, companies subject to Clean Water Act permitting requirements will have to continue to navigate unsettled questions about when EPA can step in and when it can’t.

“The Supreme Court’s decision is not going to be an end run to avoid a rulemaking, which is more process and more continuation of the road we’ve been on for more than a decade,” she said.

Supreme Court tees up wetlands fight that could cuff EPA

A Look at the Hugo Boss Rebrand + More Fashion News 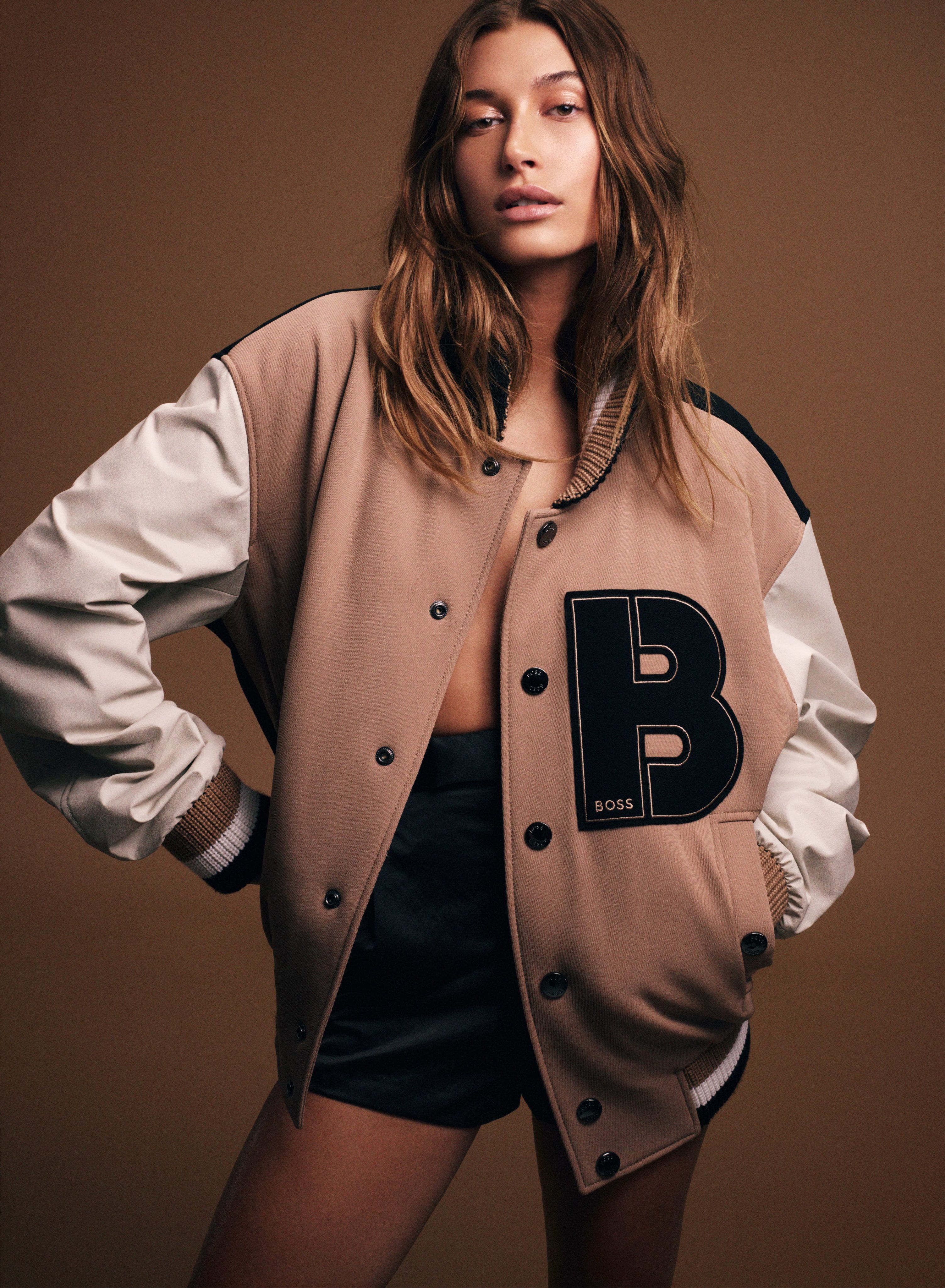