The Illinois Supreme Court is being asked to decide whether public officials who are under investigation or charged with crimes may use their campaign funds to pay for their legal defense.

The court heard oral arguments last week in a case involving a former Chicago city alderman, Daniel Solis, then chairman of the city council’s Zoning Committee, who was being investigated by the FBI for allegedly taking campaign donations from developers in exchange for official action.

Solis did not run for re-election in 2019 and was succeeded by Byron Sigcho-Lopez, who filed a complaint over the matter with the Illinois State Board of Elections.

On May 21, 2019, the day after Sigcho-Lopez was sworn into office, the 25th Ward Regular Democratic Organization, which Solis chaired, used $220,000 to pay the law firm Foley & Lardner, LLP, for defending him. The purpose of the payment was first reported by local media.

Solis was not prosecuted in the case. Instead, he entered a deferred prosecution agreement with the Justice Department in exchange for agreeing to wear a wire and aid in the investigation of another Chicago city alderman, Ed Burke, who is the husband of Supreme Court Chief Justice Anne Burke.

Anne Burke has recused herself from the case, as has Justice Mary Jane Theis. Neither gave an official reason for their recusal.

That leaves only five justices left to decide the case, but the Illinois Constitution still requires four justices to agree on a decision.

More:Mayor thanks retiring police chief for guiding Springfield through ‘one of the toughest hours’

The question before the court is whether the cost of a criminal defense lawyer is a personal expense or an expense directly related to Solis’ governmental or public service functions.

“Are we at that point in Illinois where we’re going to say that that’s an ordinary expense of holding public office?” Justice Michael Burke asked during oral arguments. Michael Burke is not related to Anne or Ed Burke.

The Illinois statute itself does not define the difference between personal and official expenses. But Adolfo Mondragon, the attorney for Sigcho-Lopez, argued that criminal defense costs cannot be considered part of an elected official’s governmental functions.

“The purpose of the campaign Disclosure Act of the Illinois election code is to deter and mitigate public corruption,” he said. “Consequently, any interpretation of the Campaign Disclosure Act that allows for the use of campaign funds to pay for public office holders’ criminal defense against investigations or charges of public corruption, the very evil the law was designed to combat, is antithetical to the legislative intent.”

But Michael Dorf, attorney for the 25th Ward committee, argued that public corruption investigations are, by definition, directly tied to an officeholder’s official duties, so attorney fees should be considered an allowable use.

“The expenditure was not for strictly personal use and would not have occurred if Alderman Solis we’re not a public official,” he said.

Most political campaigns routinely incur legal expenses, and payments to attorneys frequently appear on campaign finance statements without any specific explanation of the type of legal work being performed.

Modregon conceded that it was through only news reports that the public learned of the purpose of the 25th Ward committee’s payment to Foley & Lardner, but he said that assertion was uncontested at the administrative hearing before the State Board of Elections.

Dorf, meanwhile, argued that if lawmakers want to ban the use of campaign funds to pay for criminal defense attorneys, they could write that into the statute, and he noted there are two bills pending in the General Assembly to do just that.

One of those is House Bill 2929, by Rep. Deanne Mazzochi, R-Elmhurst, who called on Democrats to consider the bill in light of the Supreme Court case.

“This shouldn’t be a matter of ambiguity in Illinois state law,” she said in a news release Tuesday. “Regardless of how the court eventually interprets current campaign law, this shouldn’t remain a statutory loophole. Letting this continue sends the wrong message: that literally, corrupt and unethical public officials who abused their office don’t have to pay for their misdeeds, they can just continue to abuse their office to troll for campaign funds and keep the insider game going.”

Capitol News Illinois is a nonprofit, nonpartisan news service covering state government and distributed to more than 400 newspapers statewide. It is funded primarily by the Illinois Press Foundation and the Robert R. McCormick Foundation.

Peloton and Netflix Stocks Have Fallen. Here’s How Best to Play It.

Tue Feb 1 , 2022
One bank says to use the recent growth-stock selloff to buy shares of Alphabet . Another says Amazon.com and Facebook owner Meta Platforms . A third is going in a different direction and picking all three. I haven’t seen calls this bold since my barber decided to put his index […] 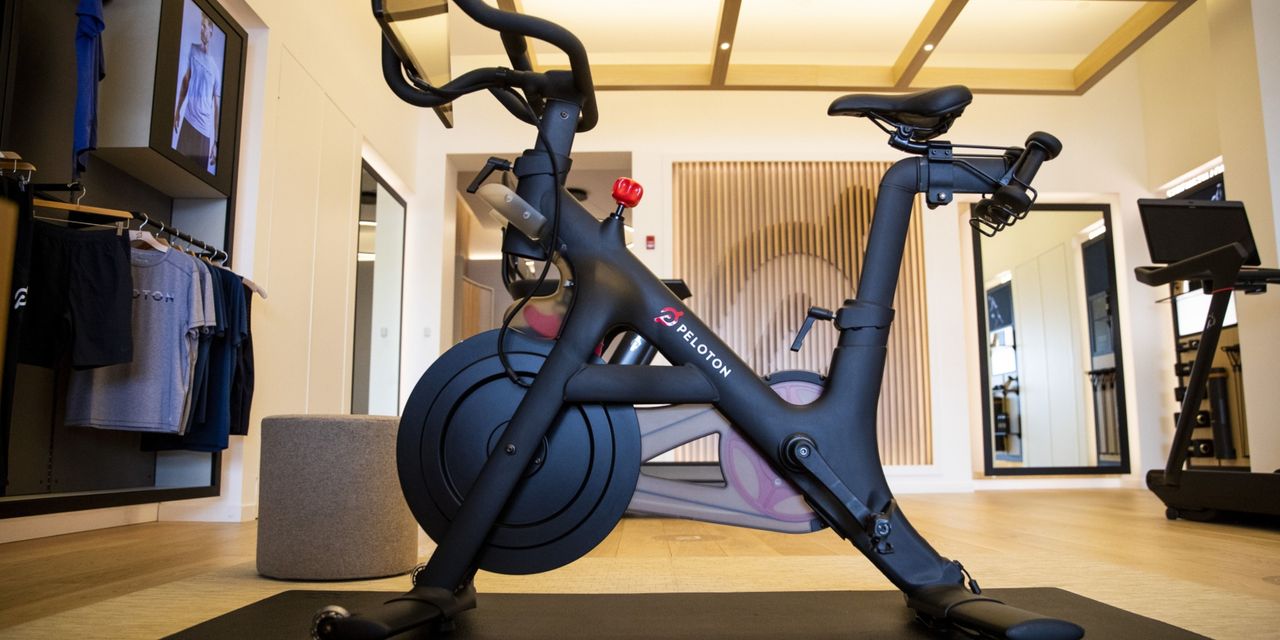