PHILADELPHIA – Jordan Davis was looking at himself in the mirror recently and noticed something.

The reflection staring back at him was more toned, he said. His face was slimmer. His arm muscles, he added, were looking good, too. Even his mom noticed that he was slimming down.

“I think it’s just continuous work,” said the Eagles rookie defensive tackle last week. “We’re always working. Every day it’s something. It’s just working. You put in that work and obviously the weight’s going to fall off and keep in mind I’m getting paid to do what I do, I’m getting paid to be at my peak, so just cutting down.

Davis is coming to grips with life as a professional.

It helps to have veteran leadership to show you the way, and the Eagles have a defensive line filled with Obi-Wan Kenobi’s, from Brandon Graham to Fletcher Cox and Javon Hargrave.

It’s easy to look at Davis and say, yeah, he’s huge. No matter how much slimmer he gets, Davis will always be a force at 6-6 with a listed weight of 336.

Thing is, there are huge players across the league.

There’s always somebody bigger, so Davis can’t just get by on size alone.

“I’ve seen a lot of big guys that are big and powerful but it’s all about you working your craft every day and working the details because that’s how you get beat,” said Graham. “A lot of guys with the gifts, they don’t work on the details then that’s how you be out of position and that’s when you’re not as productive as you could be.

“I’m just letting him know, keeping his mind fresh on that because he seems like he’s picked up the defense pretty good. I don’t see any mental errors from him right now. It’s just about being technically sound on what he’s working every day.”

Davis said he is trying to soak in everything he can from the veterans along the D-line, especially Cox, a player he said was a role model of sorts when he began playing the game in Charlotte, N.C.

“He’s always coaching me up,” said the first-round rookie of the former first-round veteran. “I feel he wants me to be the best player I can be for the betterment of the team.

“Technique” is a word that is being driven home by teammates and coaches.

“Football’s always been a game of inches, but, really, it’s amplified in the league,” Davis said. “You could get away with a missed hand or not placing your hand right on a bag or a man (in college), but in the league, somebody can slap that hand down and you’re going against people who are just as good as you or even better, so I always say technique is the great equalizer.”

Despite learning how to be a pro and how to succeed in the NFL, the rookie is still having fun, something he said will not change because, he said, “Football is a fun sport, it’s also a grind, but we just want to have fun every day. That’s just in life. You don’t want to go through life in a drag, not smiling, having fun, cracking jokes, you want to have fun.”

Said Graham: “You can tell he’s a jokester, an old soul because he knows all the old-school songs. He’s singing and dancing. We have to get on him a little bit, like. ‘Man, you’re a rook, come on, man, don’t come here with all of that.’

“But we try to let him have his own personality. I love seeing it. He’s comfortable.”

Graham added that Davis has been “pushing big weight like it’s nothing.”

Davis said the weight training is different than college. It is geared more to specific positions. In his case, the defensive line.

As Davis’ press conference wrapped up last week, he was asked who the strongest player on the team was.

His response: “I don’t want to toot my own horn, but I might give somebody a run for their money, but anyway, you all have a great day ya’ll.”

He then banged his hands on the table, unfolded his hugeness from the little folding chair behind the table where he was sitting, and bounded away.

Ed Kracz is the publisher of SI.com’s Fan Nation Eagles Today and co-host of the Eagles Unfiltered Podcast. Check out the latest Eagles news at www.SI.com/NFL/Eagles or www.eaglesmaven.com and please follow him on Twitter: @kracze.

Wed Jun 15 , 2022
SIMSBURY — At 50 years old, Karen Robbins has started anew in life, with a goal of preventing situations like the one she said she found herself in a few years ago. Robbins, a longtime Simsbury resident, said that early in 2020 she discovered she was the victim of decades-long […] 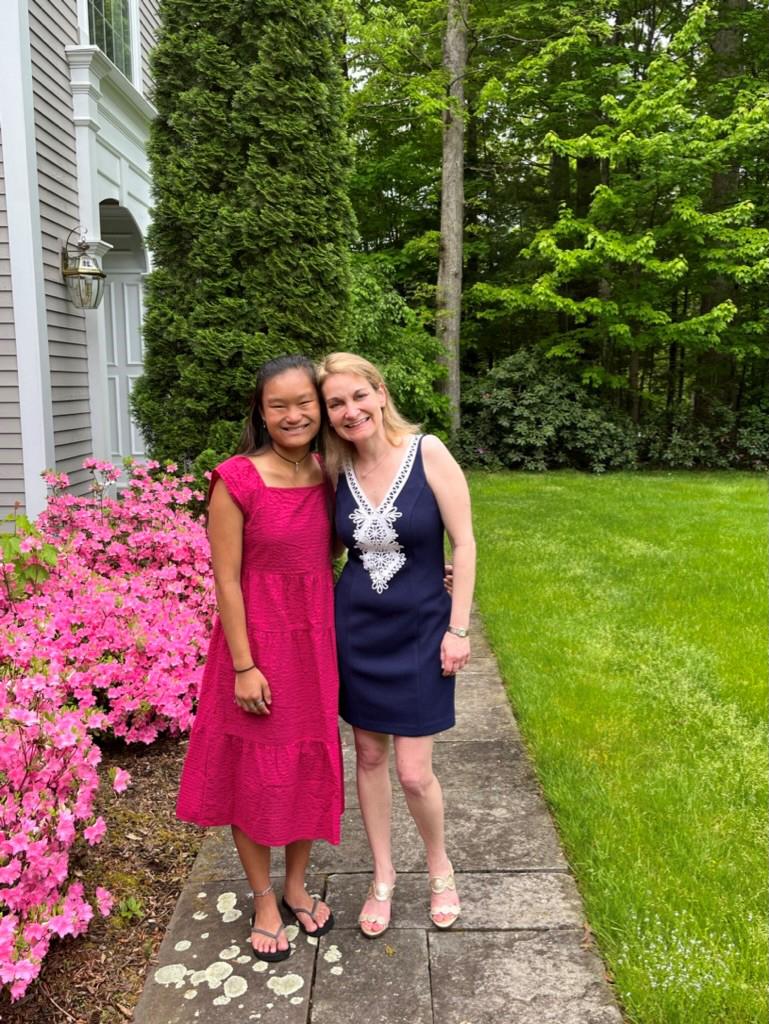