LNP | LancasterOnline’s Carter Walker reported last week that a Lebanon County judge “sided primarily with Lancaster County on Thursday in his ruling in the case of a lawyer seeking payment for the legal bills of then-District Attorney Craig Stedman. The legal bills stemmed from a dispute between the county and Stedman — now a judge on the Court of Common Pleas — regarding his handling of Lancaster County Drug Task Force money. Philadelphia law firm Kleinbard LLC was seeking $74,139.06 from the county. Lebanon County Senior Judge Robert Eby, who was assigned to the case to avoid the conflict of interest posed had a Lancaster County judge presided, ruled Thursday that the county would have to pay only $5,000.” Kleinbard partner Mark Seiberling said the firm would appeal.

This plea is probably futile, because lawyers are going to be lawyers, but we hope that Kleinbard refrains from appealing last week’s ruling about the fees it says it’s still owed by Lancaster County.

Or perhaps Craig Stedman could pay his own legal bill.

The former district attorney should not have assumed that the county — that is, county taxpayers — would agree to subsidize his injudicious lawsuit against the county commissioners.

And it shouldn’t be left to taxpayers to foot the bill for Stedman’s fit of pique.

Following is a recap of the events that got us to this point.

In early March 2019, LNP reported that then-DA Stedman used more than $20,000 in drug task force money to lease an SUV for himself outside of the county’s normal procurement process. “Stedman also reimbursed himself for miles driven in the vehicle … though he paid some of the reimbursement back after he was notified that LNP requested records about the vehicle,” Walker noted in his article Friday.

The county commissioners issued statements critical of Stedman’s actions. The county human resources department also issued recommendations regarding personnel issues in the DA’s office because of a separate matter related to the suspension of an assistant district attorney.

Stedman didn’t merely bristle at what he viewed as inappropriate interference from the commissioners.

“Following the commissioners’ statements, Stedman hired Kleinbard and sued in Commonwealth Court, claiming the commissioners were interfering with his constitutional authority to independently run his office and also that they were trying to improperly audit his use of drug forfeiture funds,” Walker explained.

We believed that Stedman’s lawsuit against the commissioners was strangely ill-judged for a person then on the path to becoming a county judge. But that wasn’t his only perplexing move.

Shortly before taking his seat on the county bench, Stedman submitted an invoice to the county for the legal expenses he had incurred in pressing that lawsuit.

County Commissioner Josh Parsons was scathing — understandably so — in his response. “So he improperly spent DA’s office forfeiture account money on an SUV for himself, then when called on it filed a frivolous lawsuit to silence those who called him on it, and now to pay for the lawsuit he proposes to again improperly spend DA office account funds on something for which those funds were not intended,” Parsons said in a January 2020 statement.

We completely understand why the commissioners balked at paying Stedman’s legal fees. They already had spent $100,000 of taxpayer money defending their position in the lawsuit.

As we wrote in January 2020, “For Stedman to request that the county now use public funds to cover his legal fees is the very definition of adding insult to injury.”

Stedman wanted the county controller to pay the Kleinbard bill out of the district attorney office’s legal fund, as well as the accounts for the drug and alcohol diversionary programs and bad check restitution fund. “The latter two accounts are funded by fees paid by participants of the programs and are generally used to purchase miscellaneous law enforcement equipment, office supplies, support nonprofits and fund drug investigations,” Walker explained at the time.

The commissioners had set aside $5,000 for the district attorney office’s legal fees. The funds in those other accounts aren’t intended to pay for unnecessary lawsuits. If those accounts are tapped, it seems likely that any expenses they won’t be able to cover will end up being paid for with county — again, taxpayer — money. Which is why we feel compelled to defend the taxpayers’ stake in this dispute.

As we wrote in January 2020, we don’t blame Seiberling or his law firm for wanting to be paid. This mess is the fault of the former district attorney turned judge and his legal vanity project. The county shouldn’t have to pay for his temper tantrum.

Now that he’s a judge, we wonder how Stedman would rule if a similar matter landed in his courtroom.

We hope he’d rule as the Lebanon County judge did. We have two additional hopes: that last week’s ruling was the end of this sorry saga. And that we never see anything like this saga repeated in Lancaster County.

Success! An email has been sent with a link to confirm list signup.

Error! There was an error processing your request.

Fri Feb 25 , 2022
Turning 101 this year, Iris Apfel still dresses to the nines — or make that the tens. With her iconic oversized glasses, penchant for color, layers of heavy, bold jewelry and daring style, you know Iris Apfel even if you’ve never read Harper’s Bazaar, Vogue or Vanity Fair. “Fashion is […] 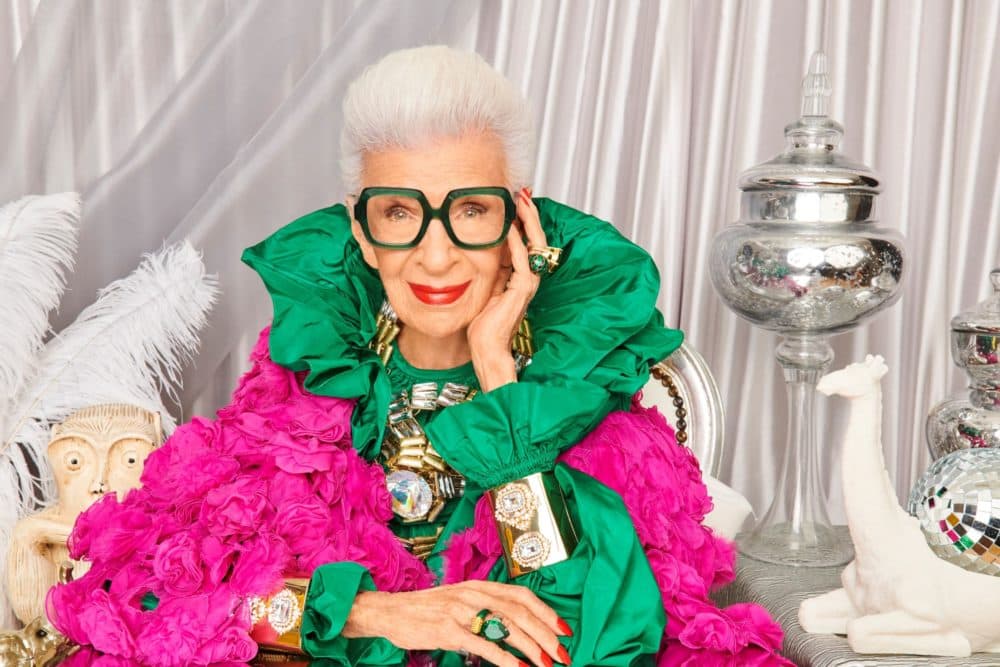