As a child in Chicago, Stephanie de Silva found that the city helped her get where she was going. Streets had directional names like “West” or “North,” and they often met at neat right angles. If all else failed, Lake Michigan could situate her.

But when de Silva, 23, moved to London, where she now studies cognitive science, she suddenly could not navigate to a restaurant two blocks from home without a smartphone map. The streets were often crooked. Sometimes they seemed to lead nowhere.

Scientists in de Silva’s lab at University College London, along with colleagues in Britain and France, have now arrived at an explanation: People who grow up in predictable, gridlike cities like Chicago or New York seem to struggle to navigate as easily as those who come from more rural areas or more intricate cities.

Those findings, published in Nature on Wednesday, suggest that people’s childhood surroundings influence not only their health and well-being but also their ability to get around later in life. Much like language, navigation is a skill that appears to be most malleable when people’s brains are developing, the researchers concluded.

The authors hope the findings eventually lead to navigation-based tests to help diagnose Alzheimer’s disease. Getting lost can sometimes occur earlier in the course of the illness than memory problems, they said.

Researchers have developed virtual navigation tests for cognitive decline, but they can interpret the results only if they know what other factors influence people’s wayfinding abilities.

Among the forces shaping people’s navigation skills, the study suggested, was what kind of places they experienced as a child.

“The environment matters,” said Hugo Spiers, a professor of cognitive neuroscience at University College London and one of the study’s lead authors. “The environment we’re exposed to has a knock-on effect, into the 70s, on cognition.”

It took a series of unlikely events — involving a cellphone company, a controversial YouTuber and a custom-made video game — to generate the large data set behind the study.

In 2015, Michael Hornberger, who studies dementia at University of East Anglia in England, heard about a company that wanted to invest in dementia-related research.

Having just attended a workshop about gaming in science, he proposed a video game that could help him figure out how people of different ages, genders and locations performed on navigation tasks. Such a game, he thought, could create benchmarks against which to assess patients who might be in the early stages of Alzheimer’s disease.

To his surprise, the company — Deutsche Telekom, a major stakeholder in T-Mobile — funded his idea. Known as “Sea Hero Quest,” the smartphone game involved steering a boat to find sea creatures. To recruit players, the company launched an advertising campaign that included a video from PewDiePie, YouTube’s biggest star at the time, who was later penalized by the platform for using antisemitic language.

The scientists had hoped that the game would draw 100,000 people in Western Europe. The participants would be testing their navigation skills while also providing basic demographic details, like whether they had grown up in or outside of cities.

Instead, more than 4.3 million people joined in, generating a global database of clues about people’s ability to get around. “We underestimated the gaming world,” Hornberger said. “It went beyond our wildest dreams.”

For all its simplicity, the game has been shown to predict people’s ability to get around real places, including London and Paris. In recent years, the research team has used the resulting data to show that age gradually erodes people’s navigation skills and that gender inequality is a predictor of whether men will perform slightly better than women.

The latest study addressed what its authors described as a more vexing question: Do cities, however gridlike, have the effect of honing people’s navigational skills by offering them a plethora of options for moving around? Or do people from more rural areas, where distances between places are long and paths are winding, develop superior navigation abilities?

To find out, the researchers studied game data from roughly 400,000 players from 38 countries. The effect was clear: People who reported growing up outside cities showed better navigation skills than those from within cities, even when the scientists adjusted for age, gender and education levels.

The only situation in which people accustomed to more predictably arranged cities did better was on simpler levels of the video game.

Players of varying nationalities performed differently. Urbanites from some places, like Spain, came very close to matching the navigation skills of their rural counterparts. In other nations, like the United States, people raised in cities were at a huge disadvantage.

One explanation, the researchers suggested, was that in countries whose biggest cities were complex patchworks, like Spain, chaotic street layouts had sharpened navigation skills. By contrast, nations known for more predictable urban designs, like the United States, put people from outside cities at a bigger advantage.

“If you grew up in a city like Chicago or Buenos Aires or Montreal — cities that are very gridlike — you don’t train as much your navigation skills as if you grew up in a more complex city, like London or Paris, where the streets are much more convoluted,” said Antoine Coutrot, a scientist at the French National Center for Scientific Research and another lead author of the paper.

To address concerns that people from outside cities were only succeeding because the video game was set in nature, the study’s authors wrote that they replicated the findings in a smaller group of participants recruited to play a different game, “City Hero Quest,” with the same goals but a car in place of a boat.

For that experiment, the researchers asked more detailed background questions, including what environment the participants currently lived in. As a result, they were able to learn that people’s present-day surroundings did not significantly affect their performance in the video games.

“It really tells you that when your brain is developing, this is the key period,” Coutrot said. “It’s a bit like when you want to learn a new language.”

The study speculated that more complex environments might help new neurons form in the hippocampus, a brain structure important in memory. The authors, though, emphasized that people still were able to develop navigation skills later in life.

Some of the authors also noted that street layout was not the only factor making a city harder or easier to navigate. Visible landmarks can be important but are harder to quantify for research purposes than a street network.

The sea creature game also steered clear of specific questions about people’s locations, professions or how they got around, part of an effort to assuage privacy concerns and keep the science from intruding on the gaming.

That hid potentially relevant elements of someone’s upbringing from the research team, even as some commentators remained skeptical of the project on privacy grounds. Among the unknowns was how the GPS had changed people’s navigational experiences, though Spiers noted that younger participants produced results similar to those of older people.

Outside scientists said that the range and number of participants were far greater than usual.

Whether the cognitive benefits of more unpredictable city designs were worth the cost of making places more complicated to navigate — including for people already struggling with impairments — was less clear.

“Does this mean we should design environments that should be more cognitively challenging?” Watts said. “If I went to an urban planner and said, ‘Make it as confusing as possible to get around a city,’ that’s probably not going to sell well.”

Paolo Santi, a research scientist at the Massachusetts Institute of Technology’s Senseable City Lab who was not part of the “Sea Hero Quest” team, said that the results called to mind how he would give directions to tourists in the Italian cities where he grew up.

If directions in Manhattan were sometimes as simple as down and over a few blocks, directions in Italian cities had to be more forgiving of grid-minded tourists.

“Rather than telling you something you’ll forget, I say to just remember the first part, and when you get there, there are plenty of people to ask again,” he said.

Of a place like New York, he said, “On the one hand, you can say the city’s designed well because it’s simplified for the main task, which is getting around. On the other hand, if we don’t challenge ourselves, in a sense we do not fully exploit the potential of our brains.”

Thu Apr 7 , 2022
Farmhouse living room ideas don’t need you to live you in actual farmhouse. This is a state of mind, not a demand for you to move to a rural area. Appreciation for the current farmhouse interiors trend shows no sign of waning anytime soon, and we can see why. Relaxed, […] 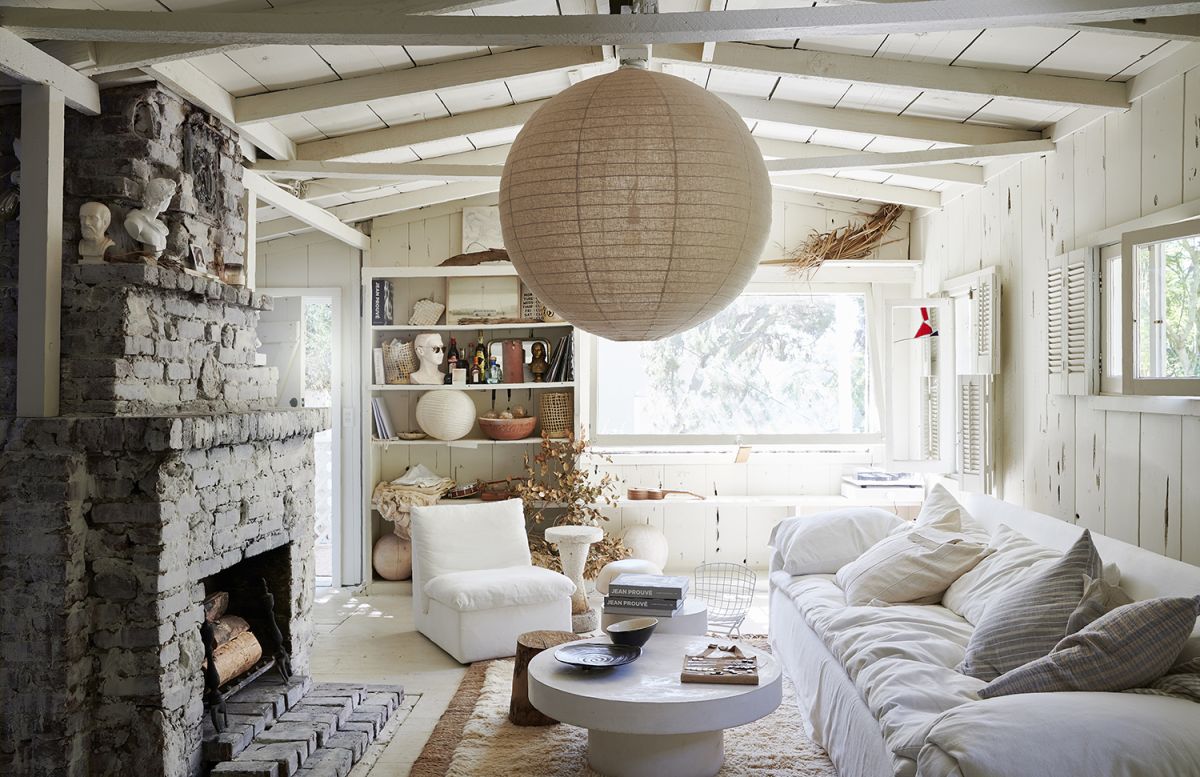