Whether you’ve got your self-care practices on lock or you’re just dipping your toes into the world of wellness, managing your own day-to-day well-being routine can be a lot to juggle. Add on being responsible for someone else’s healthy lifestyle, too? Now that’s just next level.

By “someone else” we mean your dog, to be clear. And if you’ve recently become a pet parent (or are wanting to pay a little closer attention to your current dog’s health), the idea of crafting a daily wellness routine for your dog can feel a tad overwhelming.

It doesn’t have to be, though, if you take some advice from trainer and movement coach Traci Copeland, who got her first dog (a miniature poodle named Brooklyn) about a year ago. After primarily having cats, a puppy was new territory for her and her husband, so she wanted to do everything she could to ensure that her new furry BFF’s health was in tip top shape.

“I wanted to make sure she was eating enough, eating healthy, taking plenty of walks, getting plenty of play time, getting groomed, you name it,” Copeland says. It wasn’t easy at first, but once they found a well-being routine that worked for both of them, they fell into a rhythm that has been really rewarding.

From choosing a food (Brooklyn loves Hill’s Pet Nutrition) to finding the right balance of exercise each day, keep reading for Copeland’s advice on setting up a dog-friendly wellness routine and the intel she’s learned along the way after a year of pet parenthood.

Scroll down for tips on starting a dog-friendly wellness routine.

Just like consistency is key for humans trying to build healthy habits, dog-friendly wellness routines thrive on consistency, too.

“Puppies and dogs need structure—it’s a part of their natural development,” Copeland says. “Brooklyn is a creature of habit. She can sense when it’s time to wake up, time to sleep, and she always reminds me when it’s time to play even when I don’t feel like it. She even knows when I put on a certain pair of shoes and a certain coat, then it’s time to go outside.”

To that end, Copeland recommends setting a schedule for feeding, walking, and playing right off the bat—so that your pup’s healthy routine is instilled early on.

For Copeland, choosing nourishing foods has become an automatic way of life—and she tries to apply the same principle to Brooklyn’s diet. “Healthy eating…fuels my workouts and my mental well-being,” Copeland says. “As someone who has worked in health and wellness as a trainer and yoga instructor, and someone who enjoys running and dancing, I crave foods that will sustain and energize me throughout the day.”

Brooklyn has a similar love for movement (“she can jump really high for a little dog and can outrun every dog in the dog park,” her proud mom says) so she needs a diet that can support her energy and support muscle and joint health, Copeland says. That’s why—after trying lots of different varieties of kibble—they mutually settled on Hill’s Science Diet Adult Small Paws Chicken Meal & Rice Recipe.

“[Brooklyn] is a very picky eater so I wasn’t sure how she would react initially,” Copeland says. “But as soon as I opened the package, she was whining and whimpering as if she were starving—she was excited! I immediately put some into her bowl to try, and she started crunching at it right away.”

With high-quality protein and vital nutrients in nibble-sized bites (Brooklyn was an instant fan of its crunchy texture), Hill’s Pet Nutrition takes a science-backed approach to nourishment in every recipe—so Brooklyn’s energy can match her active dog mom’s.

You know that feeling when you’ve been sitting at your desk all day, and you’re suddenly counting down the minutes until you can go out and do something? Dogs get that same feeling.

“Puppies are a good reminder that we all need to get out and play,” Copeland says. “No one wants to be cooped up inside. Early on, [Brooklyn] would get the zoomies (that surge of energy where they just go and go). It’s very common in puppies and dogs, but I read that it could also be from excess energy, which meant that I probably didn’t play or walk her enough.”

Once she identified Brooklyn’s exercise needs, she was able to add it into their daily routine. Now, they go on at least two 20-minute walks a day, take “play breaks” throughout the day to throw a ball or work on commands, go to the dog park to play with other dogs, and sometimes even do yoga together.

“Whether we go on a walk, play fetch, or if she attempts to workout with me, it gives me a chance to take a quick mental break from whatever I’m doing,” Copeland says. See? Your dog-friendly wellness routine really can be mutually beneficial.

3 Tips for Setting Up a Daily Wellness Routine for You and Your Dog, According to a Fitness Trainer

Fri May 6 , 2022
TALLAHASSEE — The State Board of Education on Friday confirmed Manny Diaz Jr., a Republican lawmaker from Hialeah and staunch school choice advocate, as Florida’s next education commissioner. The 49-year-old will take the helm of the state Department of Education on June 1. Diaz said he plans to keep his […] 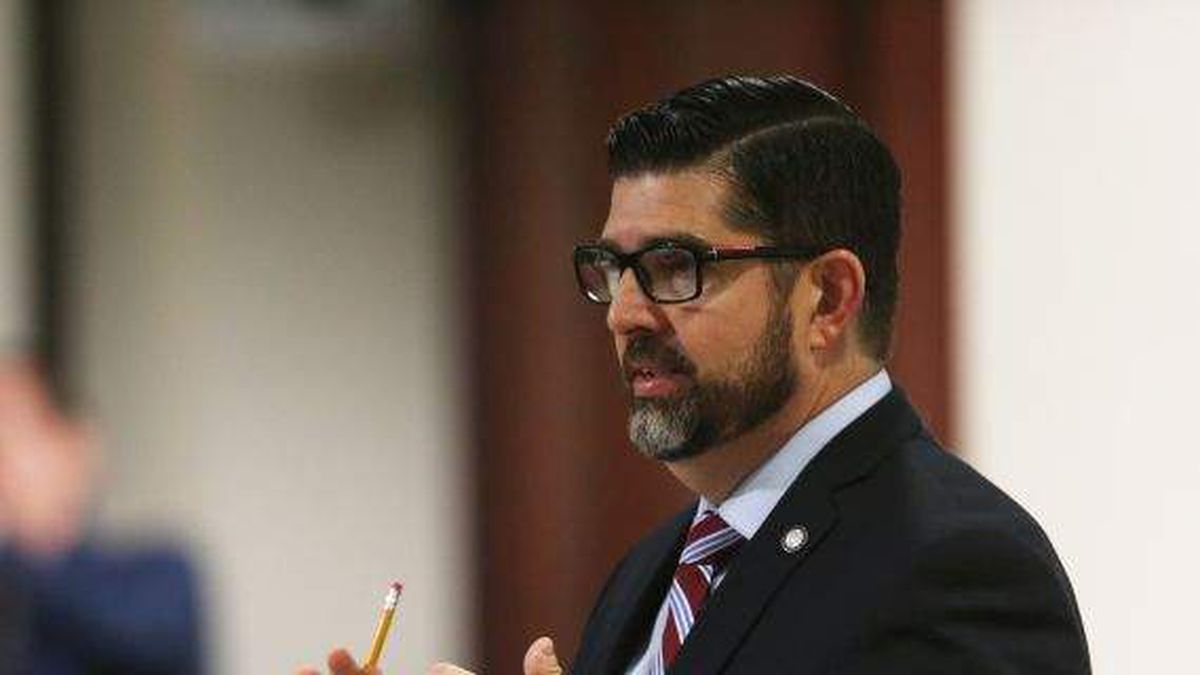