Bozeman School District voters are being asked to choose two school board members out of four candidates in the May election.

The Bozeman Education Association, the district’s teachers union, has endorsed two of the candidates — Lauren Dee and Tanya Reinhardt.

The League of Women Voters of Bozeman and the Bozeman Public Library will host a candidate forum on Monday at 6:30 p.m.

Ballots were mailed to voters on Friday and are due back by 8 p.m. on May 3. The Gallatin County Elections Department advises voters returning their ballots by mail to send them no later than April 27.

Lauren Dee attended Montana State University and earned an elementary education degree. She taught at a two-room rural schoolhouse north of Bozeman before she and her husband started a family.

With her three children enrolled in the school district, Dee began volunteering in the schools and serving in leadership positions in the Hawthorne Elementary School parent advisory council.

Dee credits her experience on the district’s high school transition team, which decided the high school boundary line, for helping her to find her voice and formed relationships throughout the Bozeman education system.

“It was when I was collaborating with this group that I found a new place where my passion for education thrived. I really enjoyed going to each meeting and learning from the data that was presented to us,” Dee said.

Dee said she had experience with and respect for the district’s consensus process through the high school transition committee.

“I found this niche for being that middle person and keeping the kids at the center of the room and the center of the conversation while listening to all these various views and perspectives,” she said. “It is an amazing way to get a large group of people together with different voices but make sure everybody feels heard.”

Dee said she was inspired by the work being done on the long-range strategic plan, including early literacy program. She said the program is helping to identify students with dyslexia and dysgraphia at a younger age to help them sooner. That work will help address the long-term goals of the district, including increasing the graduate rate, she said.

One of the challenges facing the district, Dee said, is the growth of Bozeman and the increasing cost of living.

“We are going to have to creatively collaborate on way to retain our quality staff, to continue to bring in quality educators. As a growing community, we will have to face different things like when are we going to need another elementary school and where are we going to place that,” she said.

Dee said her strengths include being a former educator, a lifelong learner, looking at all sides of an issue, having an apolitical approach to being on the board, and empathy for others. She said she thought board member should be an apolitical bridge between the community and administration, and she valued being transparent and fiscally responsible to taxpayers.

“My hope is that all kids build a foundation from the very beginning where they feel inspired and safe and engaged and that they feel like they matter,” she said. “I passionately care that every single kid feels that an adult respects them and sees them.”

Amber Jupka moved to Bozeman in 2001 and became involved in the district with her two children in elementary and middle school. She joined the Meadowlark Elementary parent advisory council and then spent two years as its president.

As PAC president, Jupka would regularly meet with then-superintendent Rob Watson. She said that’s where her desire to be more involved in the school started.

Jupka also worked as a substitute teacher, a food service cashier, and a paraprofessional in the district in the last few years. It’s provided her valuable experience and would be a different perspective on the board, she said.

“As a paraprofessional, you get to kind of do everything, really get to interact with the kids. You help the kids and bridge that gap of where they need assistance,” Jupka said.

Her work as a food service cashier was an eye-opening experience, Jupka said, as she saw the number of students who were on free lunch program.

The most critical challenge for the school district is staffing, Jupka said.

During the omicron surge, Jupka said she worked with the PAC to organize a group of parent volunteers to help substitute, fill in at recess, lunch or to give teachers a break. Her PAC has also been working with the Bozeman Schools Foundation to start Project Connect at the elementary level, where background checked adults can volunteer in the schools.

“I feel like that is a strategic way we can support the school and sometimes just reading in the hallway with the kid is all they need. They just need that extra reading time and volunteers can absolutely do that,” Jupka said.

Jupka said she thinks the consensus process has served the district well and the few times it hasn’t used the process have resulted in tensions.

Jupka said her strengths as a candidate are her willingness to work, her ability to value different perspectives, her openness to communication and hearing all sides,

“I want to be part of a team that really launches our school district even higher level, even though we’re already a really great district,” she said.

Tanya Reinhardt is running for her third term on the board, after first being elected six years ago. Reinhardt, who is from Montana, graduated from Montana State University on an ROTC scholarship and retired from the U.S. Army after 22 years.

“I’m running because I am so passionate about providing quality education opportunities for students in the Bozeman community. And I believe in our teachers and our staff and our administrators and I want to provide them with the resources they need to be successful,” Reinhardt said.

As a board member, Reinhardt has been involved in the opening of the second high school and the district’s management of the COVID-19 pandemic. While not every decision can use the consensus building process, she said, she’s seen it work effectively when it is used.

“It’s very intensive and takes a lot of emotional intelligence to be present in that process and to be patient,” Reinhardt said. “… It allows everybody’s voice in the room to be heard and through that process, I think we do usually come up with the best solutions.”

Looking ahead, the district will be faced with continuing to roll out its early literacy program and ensuring it remains funded, Reinhardt said.

“It’s a very important issue for us to be focusing because we can see if a third grader falls behind in their reading comprehension, it’s very hard for them to catch back up,” she said.

The rising prices in Bozeman will continue to be an issue the board will need to pay attention to and look for creative solutions for, including working with statewide organizations like the Montana School Board Association, Reinhardt said.

“Continuing to advocate for public education, I think that’s really gong to be a challenge too, is to continue to drive home the importance of public education in Montana and in particular in Bozeman,” she said.

Reinhardt said she was passionate about public education in Bozeman and advocating for the interests and needs of the students and staff in the district. Through her experience on the board, she said, she has learned that every decision the board makes needs to be viewed and considered for the impact it has on students, teachers, staff and Bozeman.

“With six years on the board, I spent the first two years easily, learning,” Reinhardt said. “… And I think the board needs that. We need to have a mix of that experience and that wisdom on there, as well as brining in new people with new ideas and energy.”

Lisa Weaver said she has learned a lot about what it takes to be a school board member for the last 10 months on the board.

“Our kids came up through the schools and I feel like the schools are the heart of the city,” Weaver said. “It felt like last year the heart was broken a little bit. There was so much division, confusion, heartache, parents upset, kids upset, and people pulling in different directions. It felt like that was something I could help, as a mediator and conflict coach.”

Weaver ran for school board last May but lost to Gary Lusin, Douglas Fischer and Lei-Anna Bertelsen. When a vacancy opened up, Weaver was appointed by the Gallatin County superintendent of schools in June 2021 to fill the seat through May 2022.

The increasing cost of living and retaining teachers will be one of the district’s biggest challenges in the next few years, Weaver said.

“With so many people moving in, the cost of living has gone up so dramatically and it’s making it very difficult for families who are living in the city,” she said. “Teachers’ salaries are becoming an even bigger issue than they already are because teachers don’t get three figure salaries typically.”

Weaver pointed to the series of meetings the district administration hosted around the development of what was originally called a student equity policy, as an example of an adapted consensus process.

“There were people from very, very different perspectives but to hear them each tell their story and why they have that perspective was amazing,” Weaver said. “(Superintendent Casey Bertram) did a brilliant job in taking that policy and reworking it to say exactly what we need to say as a district without any extraneous language that could be confused or construed or divisive.”

Weaver said some of her biggest strengths as a board member are her willingness to get creative to solve a problem and her advocacy for parents.

“I feel like I advocate for parents. I feel like that’s something that I bring uniquely to the board,” she said. “We all want to do what’s best for the children. That’s why we’re all there. And I am completely confident of that. However, we’re not the experts on the children, their parents are and they need a voice.”

She also said she represents a different voice on the board than might already be there.

“I feel like I bring a unique perspective that needs to be heard. I feel like it resonates with a lot of people in the community and I feel like it’s really important on the school board to have a lot of different voices around the table,” Weaver said.

To see what else is happening in Gallatin County subscribe to the online paper.

Wed Apr 20 , 2022
Three Virginians and a company run by one are suing Virginia’s Department of Wildlife Resources over the state’s controversial right to retrieve law, which allows hunters to go onto private property to retrieve hunting dogs.  All of the plaintiffs have “been subject to repeated invasions by hunters and their dogs […] 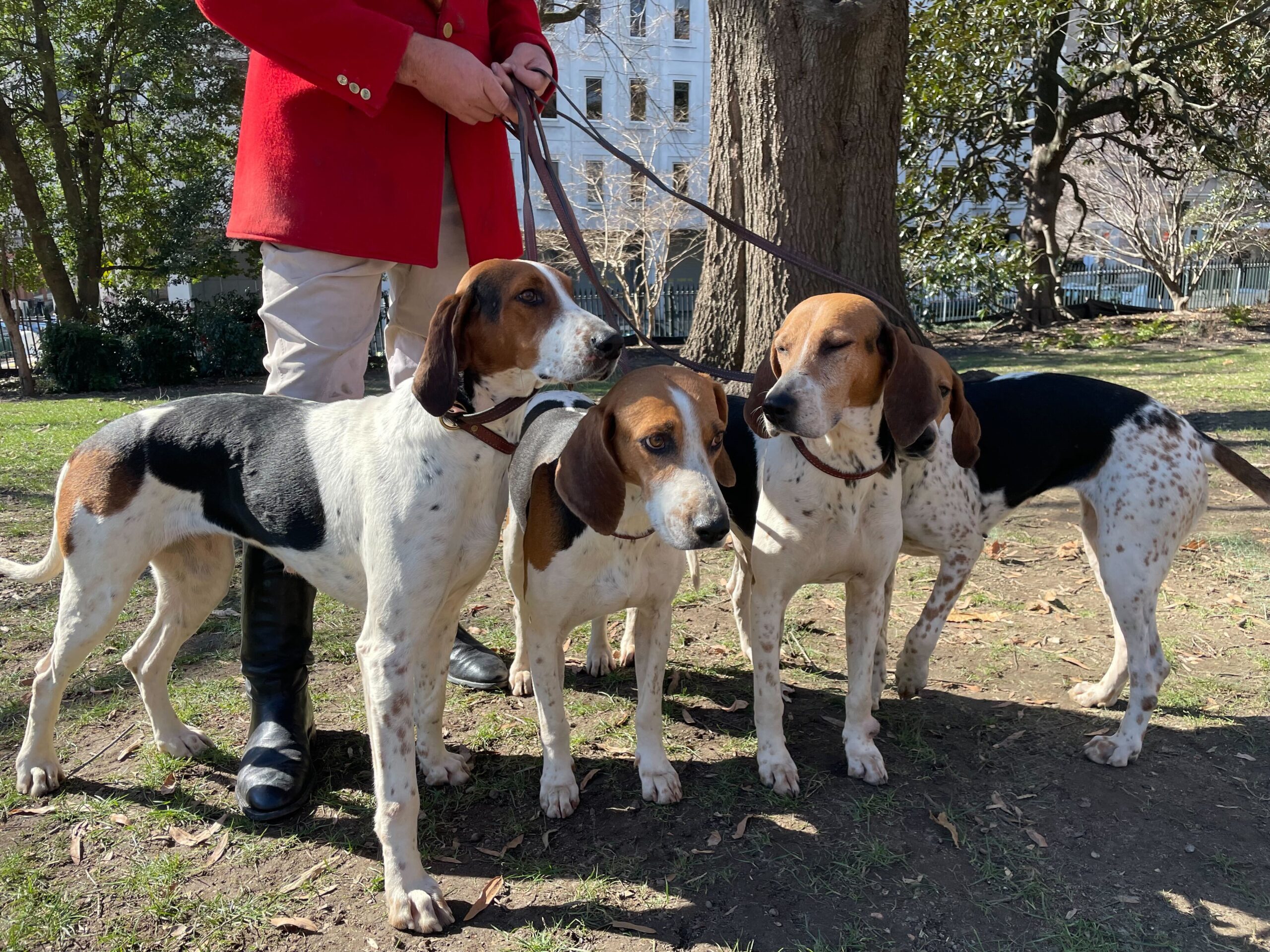