The big story: Florida’s constitution says that every county in the state is a school district, with its own independently elected school board members, unless voters decide to merge their districts.

That means Florida has some of the biggest school districts in the nation — five of the top 10 by enrollment. That would be Miami-Dade, Broward, Hillsborough, Orange and Palm Beach, for those keeping track.

As a result, the nation’s education community keeps its eye on these districts for trends, initiatives and leadership. And in the past several months, leadership has gained a lot of attention, with the Miami-Dade district in front.

The county’s influential long-time superintendent, Alberto Carvalho, recently announced his departure for the even bigger stomping grounds of Los Angeles. That’s piqued a lot of interest in who will take his place.

The School Board’s search has taken a lot of criticism, as it opened the application window for only one week and received papers from just 16 candidates. (Two quickly dropped out, WPLG reports.) The Miami Herald is reporting on why that’s a concern, as other large districts in the state including Pinellas also seek chief executives.

Is having an appointed superintendent better than electing one? Florida is one of two states that allows voters to select their school district leaders. Bay County still does. (Pasco is the largest to do so.) Some Bay business leaders have raised the question of whether an appointed leader would be better, WMBB reports.

A popular Pasco County middle school principal was removed from his post while on medical leave. He’s fighting the decision, and asking the public to help.

You can’t say that. A Pinellas County substitute teacher went on a tirade, shouting racial slurs in the classroom, hallways and offices. She resigned before the district could schedule an investigation.

The omicron variant continues to wreak havoc on schools. Hundreds of students are staying home as the University of Central Florida resumes classes, the Orlando Sentinel reports. • The St. Johns County school district canceled its high school choice showcase because of the virus, WJXT reports. • The Gulf County school district canceled classes for Friday because of so many teacher absences, WMBB reports. The superintendent is calling it a “wellness day.” The Holmes County district is taking a similar step, WJHG reports.

Florida schools are allowed to handcuff students who are acting up. A Republican member of the Florida House, who’s also a teacher, wants to ban school personnel from being able to do this, Florida Phoenix reports.

A Florida lawmaker has proposed putting cameras and microphones in classrooms. The Orange County teachers union is among those opposing the idea, WESH reports.

Missed a story? Maybe yesterday’s roundup has what you’re looking for.

Before you go … On Monday we recognize Martin Luther King Jr. and the influence he had on American history. In his final speech before his assassination, Dr. King spoke about how the greatness of the United States is embodied in the right to protest for rights. “Be true to what you said on paper,” he intoned. When invoking Dr. King, it’s important to understand what he really stood for. Watch the excerpt of his final speech below, or hear it in its entirety here.

The top travel destinations Americans are searching for

Sun Jan 16 , 2022
Yahoo Finance’s Personal Finance Contributor Vera Gibbons joins the Live show to discuss the travel outlook for 2022 and searches for international travel destinations despite recent spikes in COVID-19 cases. Video Transcript AKIKO FUJITA: We are watching shares of major airlines today getting a lift off the back of Delta […] 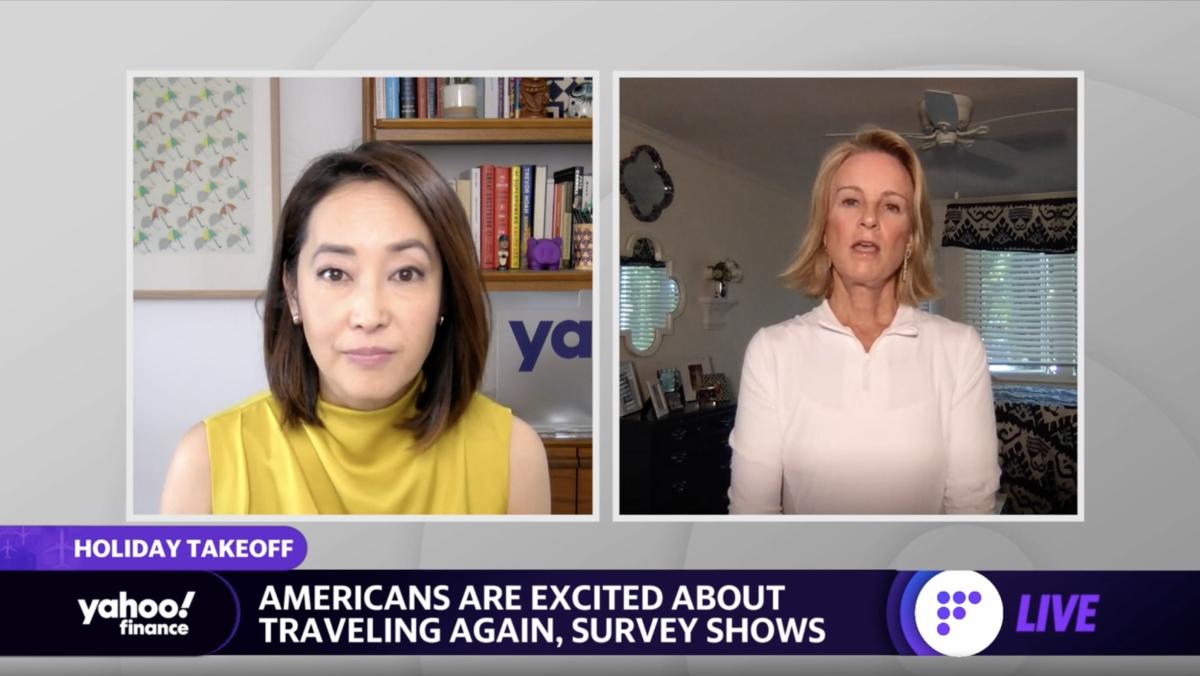