TALLAHASSEE — Florida education commissioner Richard Corcoran held a closed-door meeting with representatives of the Jefferson County School District on Thursday as his department came under fire for how it handled a multimillion-dollar contract for the school system.

Department officials spent this week defending themselves to lawmakers and tossing around ideas to exert control over the embattled school district, which in July will be coming off of five years of charter school control. Those ideas, according to lawmakers, included changing the school district’s leadership through legislation or by giving oversight to nearby Florida State University or Florida Agricultural and Mechanical University.

But after Thursday’s meeting, those ideas were apparently dropped. In a Friday letter to Jefferson County Schools superintendent Eydie Tricquet, Corcoran wrote that the district would remain autonomous but must ensure that it improves its district grade to a C within one year. He gave the district a deadline of Jan. 28 to agree to the plan.

“While we at the Department are more than glad to provide you as much support as necessary, the long-deficient state of (the district) is of great concern for myself, the public and, most importantly, the students,” Corcoran wrote. “To that end, I have faith that you will be able to turn the school district around.”

Corcoran’s spokesperson did not respond when asked if the department was satisfied with the job the charter school company, Somerset, did during its five years.

Corcoran’s department is facing its own turmoil following a Tampa Bay Times/Miami Herald story this week that revealed top education officials tried to steer a contract to a politically connected company to help consult Jefferson County’s schools. The bid to award the contract fell apart when a member of the State Board of Education and one of Corcoran’s top deputies also applied for the contract, a move that was investigated for potential conflicts of interest and led to their resignations.

She wrote that she was concerned about “recent irregularities” in the department’s procurement process and the methods by which education officials drafted and tried to award contracts.

“I am gravely concerned about the 700+ school children who are not being served and do not want them to be treated as pawns in a game between private providers who simply want access to public dollars,” Tant wrote.

DeSantis’ office, however, said Thursday that it considers the matter closed because the Department of Education’s inspector general office investigated and took action against a bid, unrelated to the one exposed by the Times/Herald.

“The investigation has concluded, and the commissioner and DOE have been fully transparent about the investigation, its findings and the actions taken by the agency,” spokesperson Christina Pushaw said in an email. “Rep. Tant’s letter is a few weeks late.”

Most agree that something needs to be done to help ensure students in the Jefferson County school district are getting a good education. The poor, majority-Black district near Tallahassee lost oversight of its schools in 2017 after years of failing grades and financial mismanagement, with the state turning over control to a private charter school company.

Rep. Jason Shoaf, R-Port St. Joe, who represents that area, said he told department officials he would refuse to support any effort to take control away from local school officials.

Shoaf, who brokered the Thursday meeting between Corcoran and Tricquet, the superintendent, said such ideas are now off the table.

“We left there in a better place than we were,” Shoaf said.

Earlier in the week, department officials also floated other ideas for legislation with House Education and Employment Committee chairperson Chris Latvala, R-Clearwater. He would not divulge specifics.

When asked, Department of Education spokesperson Jared Ochs did not say what the department is planning.

“Every action the Department has taken with Jefferson County has been to help the school district become self-sufficient and ensure the students are provided a great education,” Ochs said in a statement. “We remain committed to doing so.”

In November, the department held a competitive bidding process to find consultants for Jefferson County using the district’s federal coronavirus relief dollars. But officials did not disclose that they were already in advanced talks with MGT Consulting, led by former Republican lawmaker Trey Traviesa of Tampa, to do the work. Traviesa has close ties to Corcoran.

Records and interviews show that prior to taking bids, the department was meeting with MGT, tailored its request for quotes to fit MGT and told officials in Jefferson County that MGT would do the work.

Then the department held a week-long bidding process for 25 companies that resulted in MGT being the only respondent, with a nearly $2.5 million offer.

State law prohibits awarding contracts when a company has inside information. The deal ultimately fell apart when two of Corcoran’s top deputies and State Board of Education member Andy Tuck filed a competing bid.

The department is now conducting a new round of bids to do the work. Proposals are due Wednesday.

Jefferson County school officials say they can’t afford to spend millions on consultants. When the School Board takes over in July, it will make do on a roughly $8.5 million budget — about $7 million less than the charter school operator has during its current year.

Shoaf said the department agreed to financially support the district. He said the Times/Herald’s report on the procurement process was “eye-opening.”

He said he requested the meeting to work things out between officials from the Department of Education and the Jefferson County School District.

“I’m glad all this is now coming out,” he said. “The people in Jefferson County want the best for their kids, and they want county and state leadership to step up and assist them with fixing their school district.”

The House Public Integrity and Elections Committee, which in recent years has launched investigations into public entities, will not be looking into the matter.

“The House will not get involved in the potential investigation done by the (inspector general). We will await the IG’s response to Rep. Tant,” the committee’s chairman, Rep. Danny Perez, R-Miami, said in a text message to the Times/Herald on Wednesday.

Sun Jan 16 , 2022
Kevin Plummer, head of the prestigious Tampa Preparatory School, says he was “super lucky’’ when he won the job in 2007. “I just fell in love with this school,” he says. Plummer taught in his native state of Colorado and served as head of a private middle school in Philadelphia […] 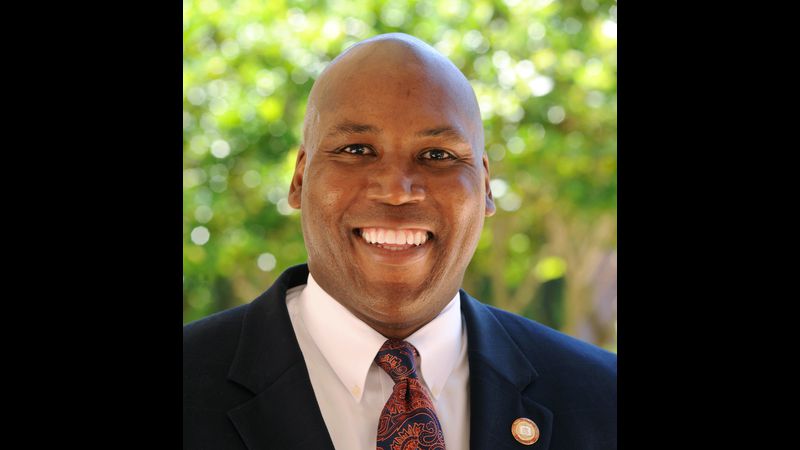