Turning 101 this year, Iris Apfel still dresses to the nines — or make that the tens.

“Fashion is a perfect way to express yourself. I think people should take advantage of that and not all want to look alike,” Apfel tells me in a phone interview.

Fashion, to Apfel, is personal expression.

“I don’t like trends,” Apfel says. “I don’t know why young people want to look like they belong to some kind of a tribe.”

Apfel has always been a tribe of one.

It’s why she has 2.1 million Instagram followers who love her confident, uniquely-Iris fashion choices. (Her bio: “More is more & less is a bore.”)

It’s why, in 2005, at age 84, she became the first living person who was not a designer to have clothing and accessories exhibited at the Costume Institute at the Metropolitan Museum of Art.

Why she was the subject of a 2015 documentary, signed with IMG as a model at age 97, has an eyewear line, was made into a Barbie Doll, and became the face of Magnum ice cream bars.

Apfel has become an “accidental icon” just by being Apfel.

That icon also has a unique relationship with Massachusetts.

Salem’s Peabody Essex Museum houses a permanent collection, some 1,000 pieces worn by the fashion icon and her late husband Carl, who died in 2015 at age 100.

Inside PEM’s Carl and Iris Barrel Apfel Gallery, visitors can see 16 full ensembles — 14 from Iris, and two from Carl. The ensembles rotate on a regular basis.

And yes, people migrate to the Salem museum just to see it. One couple even took their wedding photos in the gallery, says Petra Slinkard, PEM’s director of curatorial affairs and fashion and textiles curator.

So how did the connection come to be?

“‘The Rare Bird of Fashion’ exhibition debuted at New York’s Metropolitan Museum of Art, then went to a variety of institutions, ending its tour at PEM in 2009,” explains Slinkard.

“Iris just really enjoyed the museum. There was a fearless creativity that attracted her to the museum,” Slinkard says. “It felt kismet.”

(“The museum is a wonderful place,” Apfel tells me. “It’s very avant garde.”)

Since that exhibit, Apfel has donated personal clothing annually to PEM, Slinkard said, though not in recent years due to the pandemic.

From Alexander McQueen to flea market finds, the Apfel collection at PEM boasts an “eclectic and democratic range of material,” Slinkard says. “Some pieces are truly haute couture. She has beautiful pieces – Lanvin that belonged to her mother, sumptuous over-the-top furs, and silks and velvets. Then she has one-offs that designers have done with H&M. That’s what I enjoy the most about her aesthetic — her eye.

“It’s that bravery, that boldness, that comfort in her own skin,” she adds. “Then there’s a sense of whimsy that you don’t see a lot of in other fashion icons.”

For Apfel’s 100th birthday last September, PEM announced the inaugural Iris Apfel Award. Apfel chose Tommy Hilfiger as her first recipient. Because of COVID, that celebration is on indefinite hold.

I had the chance to interview the fashion icon. Here are more of her pearls of wisdom (and dry quips).

Lauren Daley: Why did you award Tommy Hilfiger the first Iris Apfel Award?

Iris Apfel: I didn’t want to just give an award to a young upcoming designer and the next year they’re out of business. I wanted to elevate the idea that just being a designer is not enough — you have to have business sense and your feet on the ground, have some endurance. You can be the greatest designer in the world, and if you don’t know how to run a business, what good is it? So I think Tommy was a perfect choice.

What intrigued you about fashion when you were a kid?

I always liked it, my mother always looked marvelous. I just like people to look nice.

Were your parents always dressed up?

Well, at the proper times. They didn’t walk around like Astor’s pet horse. But my mother always was very chic.

And in the old days, fashion was very creative, it was fun. It gave people the opportunity to express themselves — both the designer and the consumer. You could express originality. Most of the good designers each had their own individual look. And now everything is in a muddle — there is no fashion. It’s all in a mess.

What styles caught your eye when you were growing up?

They all caught my eye. I didn’t like everything personally, but they all caught my eye. I couldn’t wait for Vogue and Harper’s to come out to see what was new. There was an excitement. It wasn’t just same-old, same-old. Now if you go down a shopping street, everything looks alike; it’s just a matter of quality and price-point. I object to that. I like individuality. I like creativity. That’s all gone. I don’t know where it went, but it’s gone. And now with COVID, people walk around looking like they’re going to the gym.

That’s OK. I mean, people should be comfortable, but there’s a time and place for everything.

What do you think of when you get dressed in the morning?

It depends on the day.

I don’t have a typical day. That’s what’s interesting about my life. It’s different all the time. I do a lot of different projects. I try not to repeat. I like to keep everything fresh.

[laughs] OK. So what’s your process when you’re picking out what to wear?

My life is not built around just getting dressed. It depends. If I’m working, I don’t like to dress up. I’ll be in tights or jeans, a big sloppy shirt. When I go out, it’s a different story. Depends on where I’m going. And now it’s very hard to get dressed up because nobody does. If you dress up you look like a freak.

[laughs] So what was your favorite era of fashion?

I didn’t have a favorite era. Of course, the ‘70s and ‘80s were the glory days. I guess from the ‘50s to the beginning of the ‘90s, everything was pretty great on 7th Avenue. And then everything started to fall apart. And, of course, with COVID, it was just the death ring.

You’re known for statement pieces, color. What might strike your eye when you’re looking for jewelry?

It’s hard to say. It has to be color, design. My preference, of course, is big and bold. I appreciate the smaller, more delicate pieces, but they’re not for me personally. Big and bold suits me. I enjoy it. For me, jewelry says something about the way I feel that day. By changing your jewelry — if you have a simple classic black dress, for example — you have five different pieces of jewelry with different looks, you can change the whole look and type of outfit you’re wearing. You could go from the office in the morning to a cocktail party.

You started out working at Women’s Wear Daily. What was that like?

I was a copy girl. It was the lowest form of employment you could get.

Right out of school, must’ve been 1943. I stayed there about six months, then I realized I’d never get anyplace because all the editors were middle-aged women — too young to die and too old to leave on pregnancy.

So I thought I better scadoodle. That’s what I did. Then I started to try all kinds of things. I got a wonderful job with Robert Goodman, he was the top men’s fashion editor in the country at the time, he did work for Esquire and all those magazines. I was his Girl Friday.

You and Carl ran Old World Weavers together from 1950 to 1992. How did you meet your husband?

Oh that’s a long story. I met him the first time I went on a vacation I could pay for myself. He knew the girlfriend I was with, but he was in love with some lady who was on Lake George whose father had a beautiful boat. So they were out on the boat every day. And I had a boyfriend who came to visit. We didn’t get together until we got back to New York. It’s a long crazy story. Anyway, we were married for 68 years.

You two worked in the White House with nine presidents. What were some highlights?

I don’t know that there was one particular highlight — it was all very high and inspiring. I loved working with Mrs. Nixon. She was wonderful. She was very interested in doing the house, the most interested of all the First Ladies. We had a big career with Old World Weavers; we had all kinds of projects. [Then in 2005] I had my show at the Metropolitan Museum of Art and that put me on the map.

You’ve been the subject of a movie, you’ve had a Barbie Doll made in your image — are you surprised at how famous you became?

Why do you think people are so drawn to you?

You have to ask them. I try to be a stable force with some humor and not a flake. Maybe it’s because they see I work hard and accomplish a lot of things.

What are some events or moments you look back on as highlights?

I don’t look back. I live in the now. The past is the past and it’s finished. I don’t dwell on it. And I don’t do too much with the future because we don’t know if we’ll have one. So I’ve learned to live in the now.

This interview has been edited and condensed.

Fri Feb 25 , 2022
Editor’s Note — Sign up for Unlocking the World, CNN Travel’s weekly newsletter. Get news about destinations opening and closing, inspiration for future adventures, plus the latest in aviation, food and drink, where to stay and other travel developments. (CNN) — The US Centers for Disease Control and Prevention packed […] 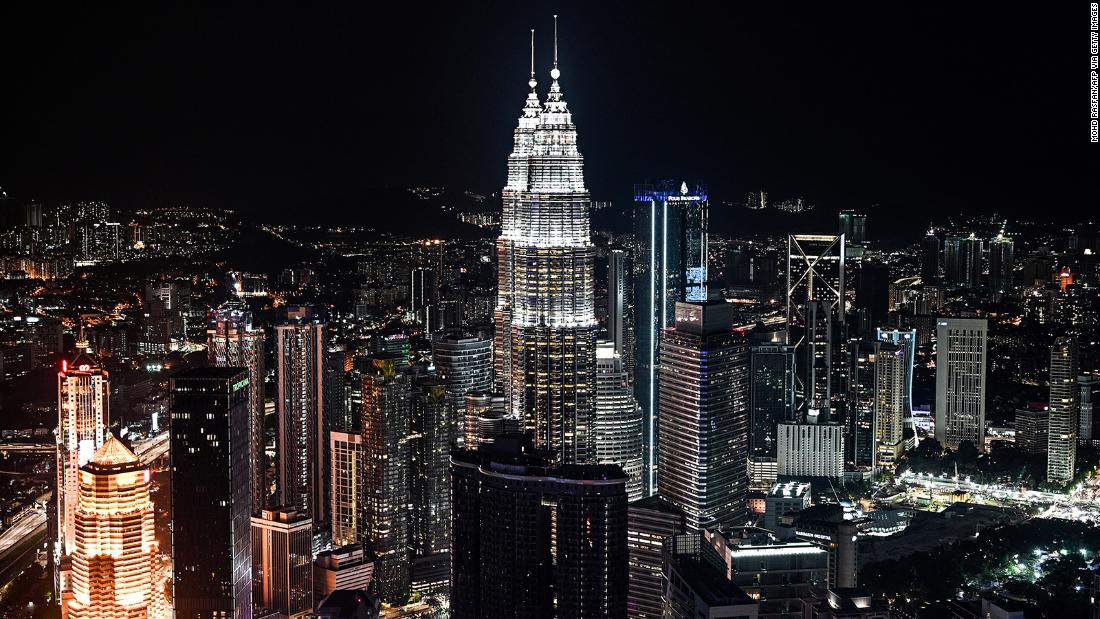