Good morning and welcome to the Monday edition of the New York Education newsletter. We’ll take a look at the week ahead and a look back at the past week.

A new coalition of opposition caucuses within the United Federation of Teachers, the teachers union in New York City, is challenging longtime UFT President Michael Mulgrew and his Unity caucus in the union’s upcoming election.

Coalition members say they’ve long been frustrated by what they see as a lack of democracy and a suppression of opposing voices in the union. Frustration over Mulgrew’s handling of the Covid-19 pandemic and his support for a contentious new health care plan united the caucuses, POLITICO’s Madina Touré reports.

Those tensions were on display at a recent rally where about 60 retirees marched from City Hall Park to the UFT headquarters in lower Manhattan with a billboard-toting truck showing a slideshow targeting Mulgrew. Protesters wore masks that looked like Mulgrew with the slogan “WHERE’S MULGREW,” an allusion to his cancellation of a “meet and greet” in Queens earlier this month after retirees organized to oppose the new plan.

Protesters gave out fliers about the new plan at headquarters and shared pamphlets about the new coalition as the union’s delegate assembly was meeting.

“We are also here because we want to let the delegates know that they need a new leader of their union,” Gloria Brandman, a UFT retiree, said during the rally.

Ballots were recently mailed and will be counted on May 10. The caucuses, which typically operate independently, believe they have a shot at beating Unity, which has been in power throughout union history.

GOOD MONDAY MORNING: This newsletter is for you, so tell us how we can make it better! Send feedback, tips and education-related events to [email protected]. Follow us on Twitter: @madinatoure.

A message from University at Buffalo:

The University at Buffalo, recognized as a leading public research university in the nation and world, is a proud a member of the Association of American Universities. AAU institutions transform lives through education, research and innovation, pushing humanity forward in fields critical to our collective future. A flagship of the State University of New York system, UB has 150 centers and institutes leading advancements in artificial intelligence, advanced manufacturing, climate science, health equity and more. Learn more.

Want to receive this newsletter every weekday? Subscribe to POLITICO Pro. You’ll also receive daily policy news and other intelligence you need to act on the day’s biggest stories.

PRINCIPAL STILL GETS PAID DESPITE FRAUD ACCUSATIONS — New York Post’s Susan Edelman: “A Queens principal accused of using fraudulent schemes to boost his school’s graduation rate can never again work with city students — but will get a $1.8 million desk job, The Post has learned. Khurshid Abdul-Mutakabbir, who was removed as principal of Maspeth High School last July, won’t return to any city school as a principal, according to a settlement of misconduct charges. But he can stay on the Department of Education payroll for another seven years.”

MANY TAP-ELIGIBLE STUDENTS LEAVING COLLEGE WITHOUT DEGREES, SAYS STUDY — Time Union’s Rachel Siberstein: “The college-completion rate of students pursuing an associate or bachelor’s degree in New York is up 9 percentage points in two years, but too many leave school without a diploma, particularly those who graduated from high schools with higher levels of poverty, according to an analysis released this week by The Education Trust–New York.”

GLITCH IN LOTTERY SYSTEM — New York Post’s Susan Edelman: “A Manhattan mom discovered an embarrassing glitch in the city Department of Education lottery system used to match students with middle and high schools. When NYC students filled out their online applications for 2022-23, each kid automatically received a long string of random numbers from 0 to 9 mixed with lower-case letters from a to f. The random numbers are used to determine the order in which students are matched to programs.”

EDUCATION ADVOCATES WEIGH IN ON ADAM’S GIFTED AND TALENTED PROGRAM — City and State’s Annie McDonough: “When New York City Mayor Eric Adams announced an expansion of the city’s Gifted and Talented program for elementary school kids on Thursday, it didn’t exactly come as a surprise. Adams has been clear about his intention to keep and expand the program since the campaign trail, even as then-Mayor Bill de Blasio planned to phase it out. Still, it elicited divided opinions, including from education advocates who argue that the program’s inequities — Black and Hispanic kids are among those underrepresented in gifted programs — require a much greater overhaul than Adams has presented.”

CUNY HELPS STUDENTS WITHOUT PAID INTERNSHIPS — The Ticker’s Mia Gindis: “CUNY launched a new program targeting undergraduate students who lack a substantial paid internship experience in their intended career field. This summer, 2,000 CUNY students will be selected to participate in CUNY Career Launch and intern in a field related to their major. The deadline to apply is April 29. ‘Did you know that 82% of CUNY graduates stay in NYC after graduation?’ the program’s webpage said. ‘By working in one of the City’s key industries and networking with employers, you will get a jumpstart on your post-graduation career.’”

SUNY UPSTATE TO ACQUIRE CROUSE HOSPITAL, PENDING STATE APPROVAL — Syracuse’s James Mulder: “SUNY Upstate Medical University plans to acquire Crouse Hospital in a move that will shake up Syracuse’s health care market. Crouse, a nonprofit, will merge into Upstate’s health system and be renamed Upstate Crouse Hospital under a proposal that must be approved by the state. Crouse’s inpatient and outpatient services, as well as its medical practice, will be merged into Upstate’s system.The combined entity will have more than 13,000 employees, 1,200 licensed inpatient hospital beds and offer more than 70 specialties.”

RUTGERS ACCUSED OF FAKING EMPLOYMENT DATA — NJ.com’s Ted Sherman: “Some colleges will do anything to improve their rankings by U.S. News & World Report and other publications … Some have misrepresented data or massaged and fudged numbers. And some have lied about their programs to better market themselves to prospective students … Just this past week, meanwhile, a whistleblower alleged that Rutgers Business School used a temp agency to fill sham jobs with its MBA graduates to boost its U.S. News & World Report ratings — a claim that was quickly followed with a federal class action lawsuit by a student who accused the school of fraud.””

LINK BETWEEN COLONIA HIGH SCHOOL AND BRAIN CANCER? — ABC 7’s Chantee Lans: “Two environmentalists are using a GPS to test for radiation on the grounds of Colonia High School. The environmental engineering firm T+M Associates was contracted by Woodbridge Township after growing concerns about a possible link between the Central New Jersey school and brain cancer. ‘My wife fought like crazy. At the time, medium lifespan for her type of tumor was 18 months. She made it five years,’ said Jason Wisinski. Wisinski lost his wife, Janice 10 years ago to an inoperable brain tumor called Anaplastic Astrocytoma. Her sister, Cheryl Black also died from brain cancer in 2015. They learned of their tumors just eight days apart.”


FLORIDA REJECTS MATH TEXTBOOKS OVER CRITICAL RACE THEORY — POLITICO’s Andrew Atterbury: Florida officials on Friday rejected dozens of proposed mathematics textbooks from being used in public schools, claiming that the instructional materials either fall short of state standards or touch on prohibited topics such as critical race theory. The slate of textbook denials mark the latest action by state leaders, including Gov. Ron DeSantis, who want Florida schools to review what students are learning and especially how issues like race and gender orientation are taught – a rallying cry for Republicans here and beyond.”

CALIFORNIA HOLDS SCHOOL VACCINE MANDATE UNTIL NEXT SUMMER — AP’s Adam Beam: “California is sticking with its coronavirus vaccine mandate for schoolchildren, but it won’t happen until at least the summer of 2023, Gov. Gavin Newsom’s administration announced Thursday. Last year, California was the first state to announce it would require all schoolchildren to receive the coronavirus vaccine. But it hasn’t happened yet because Newsom said he was waiting for regulators at the U.S. Food and Drug Administration to give final approval to the vaccine for school-aged children.”

POLL: DIVIDES OVER TEACHING OF RACE AND SEX IN SCHOOLS — AP’s Hannah Fingerhut and Annie Ma: “Americans are deeply divided over how much children in K-12 schools should be taught about racism and sexuality, according to a new poll released as Republicans across the country aim to make parental involvement in education a central campaign theme this election year. Overall, Americans lean slightly toward expanding — not cutting back — discussions of racism and sexuality, but roughly 4 in 10 say the current approach is about right, including similar percentages across party lines.”

SCHOOL IN A WAR ZONE — The Guardian’s ​​Susie Armitage: “Yulia Kuryliuk, a teacher in a village near Lviv, woke on 24 February to find her country at war and gathered her sixth-grade class on Zoom. Two children tearfully asked when the fighting would end. She didn’t have an answer, but she led her students through breathing exercises to manage anxiety and encouraged them to hug a relative, pet, or stuffed animal for comfort. With Ukraine’s education system upended by the war, teachers are helping provide stability for their students, along with other forms of emergency support such as evacuation and humanitarian aid.”

A message from University at Buffalo:

A member of the Association of American Universities since 1989, the University at Buffalo is recognized as a leading public research university. The 66 member institutions of the AAU are renowned for their record of transforming lives through research, innovation and education. UB’s longstanding membership reflects its research strength in vital fields such as climate science, advanced manufacturing and artificial intelligence, as well as its commitment to translational research and clinical care in critical areas of medicine and public health. As a public university and a flagship of the State University of New York system, UB is a top choice for students of diverse socioeconomic backgrounds who seek a world-class education. UB’s 30,000-plus student body of engaged learners and citizens includes many prestigious scholarship and fellowship winners, and UB’s faculty members have been recognized as some of the best teachers and top innovators anywhere in the world. Learn more.

Mon Apr 18 , 2022
There are shoulders that every generation of women lawyers have stood upon. Justice-designate Ketanji Brown Jackson is the latest; she has said that she stands upon the shoulders of her own role models, in particular, the late federal judge Constance Baker Motley. When I was admitted to the bar almost […] 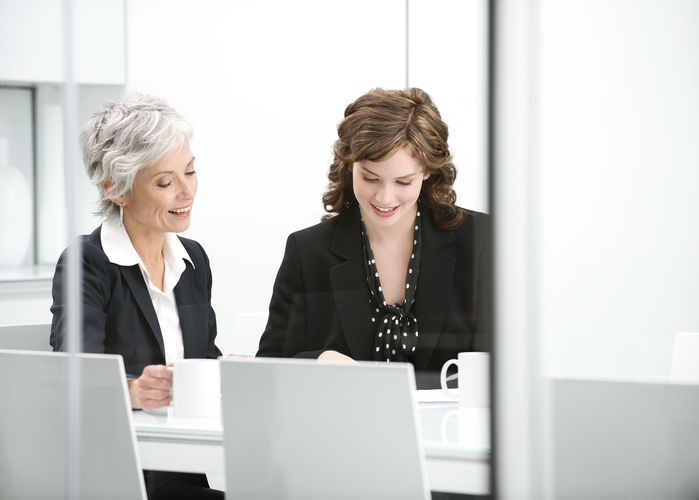