Everyone thinks it’s normal to make a call without knowing which provider the other person is using, says MEP Paul Tang. “This should be a common exchange. It’s not just because Threema or Signal do not want it, it’s also the convenience of the user.”

Some MEPS, including Tang, expressed disappointment at a compromise that waters down the idea of interoperability, rather than applying it across more services. “Interoperability for social media is being pushed into the distant future,” German MEP Martin Schirdewan, cochair of The Left group in the European Parliament, told WIRED over email. He also described it as a “scandal” that users will have to wait three years before group chats can include members from different apps.

The Digital Markets Act is half of twin technology legislation MEPs promise will reshape Europe’s relationship with US tech giants. While its counterpart, the Digital Services Act, focuses on illegal content, the DMA is Europe’s answer to complaints that have ricocheted across the continent for years. Sweden’s Spotify says Apple’s app store fees give Apple Music an “unfair advantage.” Swiss email provider ProtonMail says Google and Apple use default settings to favor their own email apps on Androids and iPhones. And German cloud provider NextCloud has branded the way Microsoft bundles its OneDrive cloud storage service with the company’s other products as anticompetitive.

Yet Europe’s tech companies were hesitant to celebrate the new rules. The EU could have gone further, says ProtonMail founder Andy Yen, who has advocated for “choice screens,” or a list of email providers users can choose from when they set up a new device. “Based on what has been made public so far, it appears that choice screens will only be implemented for a very limited range of services, but we will have to wait for the final text to know for sure,” he says.

“We think [the DMA] is not strong enough to stop the anticompetitive behavior of the tech giants,” says Frank Karlitschek, CEO and founder of Nextcloud. “Moreover, the DMA’s effects will depend on the implementation, and it will take time to show the real results.” Rich Stables, CEO of French price comparison service Kelkoo Group, would only describe the DMA as “potentially transformative.”

Tang says companies shouldn’t judge the DMA by the laws that preceded it. The legislation will be enforced by The Commission, unlike the GDPR, which was enforced by member states. “That’s a major change,” says Tang. He adds that even if companies don’t see specific answers to their problems in the legislation, the DMA includes tools to address a wide range of problems. “We also have Article 10, which allows the Commission to bring forward new obligations on the gatekeepers,” he says.

However, the skeptical mood was echoed by the tech giants, which fought against the legislation. Lobbyists working on behalf of Google, Apple, Facebook, Amazon, and Microsoft have held 48 meetings with officials in the European Parliament and European Commission since December 2019, Brussels-based Transparency International EU told WIRED, although the group said this is only a partial picture, as not all MEPS publish lobby meetings.

Sun Mar 27 , 2022
The right laundry room cabinet ideas can transform a chaotic space and into a tidy one.  With all of the soaps, sanitizers, and stain removers required to do a proper load of laundry, it’s easy to stockpile clutter on top of the washing machine or on an overstuffed shelf. When […] 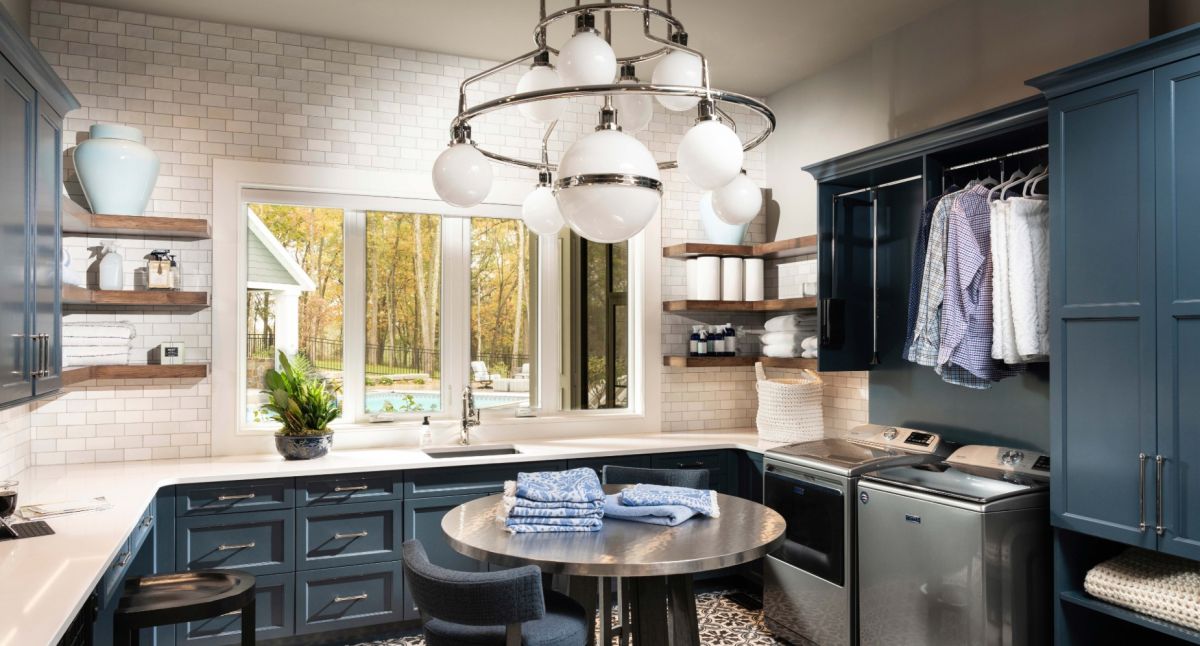