FIRST ON FOX: Secretary of Education Miguel Cardona has failed to respond to a letter from senators Pat Toomey and Joe Manchin demanding answers to questions regarding the rehiring of educators who lost jobs over sexual misconduct.

Toomey and Manchin filed the letter Feb. 9, asking a series of exploratory questions about the federal government’s policies regarding sexual misconduct by educators.

Specifically, the senators questioned the implementation of the Elementary and Secondary Education Act — legislation they both introduced and helped pass in 2015 — that requires the Department of Education to stop funding states that do not implement policies banning the practice of “passing the trash.”

The phrase refers to allowing educators accused of sexual misconduct to resign willingly without discipline or permanent records of the accusations. The letter demanded a response by Mar. 5, which has passed without action.

“Any educator who sexually abuses a child should feel the full force of the law and never be allowed to enter a classroom again,” Toomey said in a statement to Fox News Digital. “I have repeatedly encouraged the Department of Education to urgently investigate this problem and use its authority to enforce existing law.

“The department owes us answers as to the reasons states have failed to safeguard students from sexual predators in schools.”

“The Department of Education has continued to extend ESEA funding to states who have failed to properly safeguard students from sexual predators, which is a violation of this funding requirement,” the senators wrote in their February letter. “We urge the department to use its discretion to address this lack of enforcement.

“We must follow up with concrete action and that starts with shielding students from predators in the classroom.”

Toomey and Manchin’s letter cited studies from both the Department of Education and a 2010 report from the U.S. Government Accountability Office that found “passing the trash” was a persistent problem in U.S. school systems.

Sen. Pat Toomey, a Republican from Pennsylvania and ranking member of the Senate Banking, Housing, and Urban Affairs Committee, speaks during a hearing in Washington, D.C., Nov. 30, 2021.
(Al Drago/Bloomberg via Getty Images)

“The 15 cases GAO examined show that individuals with histories of sexual misconduct were hired or retained by public and private schools as teachers, support staff, volunteers and contractors. At least 11 of these 15 cases involve offenders who previously targeted children. Even more disturbing, in at least 6 cases, offenders used their new positions as school employees or volunteers to abuse more children,” GAO said in its official report of the issue.

GAO cited a lack of consistency across state and national levels as a contributing factor to the pattern.

“GAO found no federal laws regulating the employment of sex offenders in public or private schools and widely divergent laws at the state level. For example, some states require a national, fingerprint-based criminal history check for school employment, while others do not. State laws also vary as to whether past convictions must result in termination from school employment, revocation of a teaching license or refusal to hire,” GAO explained.

Questions for the Department of Education that remain unanswered include an explanation of certification processes to evaluate state compliance with ESEA funding requirements, as well as the lack of any enforcement of the funding restrictions outlined in the legislation. Additionally, the senators demand the findings of an October 2019 study conducted by the department to find whether the relevant policies were being enacted on the state level.

“”Every student needs to have access to a safe learning environment and that includes being protected from sexual abuse and predators. Allowing for abusers to continue to have access to students is unacceptable,” an Education Department spokesperson told Fox News Digital.

“The Department is fully committed to working with members of Congress and ensuring that states are in compliance with the law. The Department will respond to the authors of the letter directly.”

Mon Mar 14 , 2022
Symonds said that technology derived from the aerospace industry has helped Mercedes to package an ultra-efficient cooling system that in turn has enabled it to create the narrow sidepod arrangement unveiled on the first day of the Bahrain test. Symonds, who was the main architect of the 2022 regulations, admitted […] 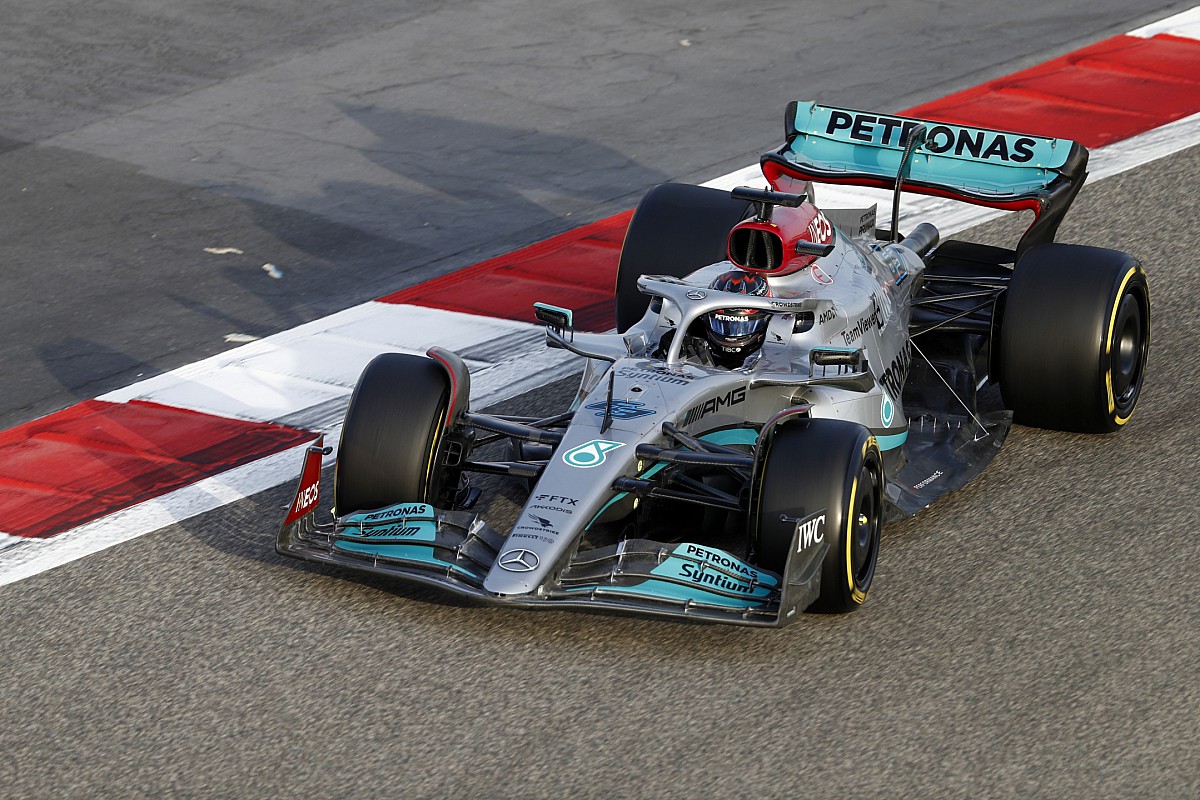