The Department of Education has approved $415 million in borrower defense claims for nearly 16,000 former students after new evidence showed that their schools may have misled them into loans. The latest round of loan forgiveness brings the total amount approved by the department to approximately $2 billion for more than 107,000 borrowers.

“When colleges and career schools put their own interests ahead of students, we will not look the other way,” Federal Student Aid COO Richard Cordray said in a statement Wednesday.

About 1,800 former DeVry University students will be forgiven of $71.7 million after the Department of Education reviewed “voluminous amounts of evidence” that suggested the university repeatedly misled prospective students.

DeVry is accused of inaccurately claiming from 2008 to 2015 that 90% of its graduates who actively sought employment obtained jobs in their fields of study within six months of graduating. But the Department of Education said the actual percentage was around 58%, and school officials allegedly knew about the inaccurate statistic for years.

The Education Department said it expects the number of approvals from the New York school to grow.

Similarly, Westwood College is accused of falsely reporting between 2002 and 2015 that its graduates had job placement rates of 80% or higher “and that graduates would make salaries of $50,000 or more,” the Education Department said. The school also allegedly said if students did not get a job placement within six months of graduation it would help pay their bills.

“The Department has no evidence Westwood made good on its pledge,” the Education Department said. “In fact, its job placement rates were grossly inflated, and its salary promises were based upon national federal data while actual Westwood graduates often made half or as little as one-fourth of those amounts.”

Some 1,600 borrowers from the school will be forgiven of $53.1 million, and the Education Department said it is identifying previously denied cases that could be reopened and approved with Wednesday’s evidence.

It is the third such finding against the now-closed Denver, Colorado, school.

Around 130 students from ITT Technical Institute will have $3.1 million of their debt forgiven after the Education Department found the school to have inaccurately told students that its nursing program would acquire programmatic accreditation.

The school is accused of repeatedly failing to obtain the accreditation due to the school having insufficient resources, unqualified faculty and failing to meet standards.

It is the fourth finding against the school.

The Education Department found the Minnesota School of Business and/or Globe University misled students in the criminal justice programs by telling them they could become a Minnesota police officer or parole/probation officer after graduating. But the program did not have the proper accreditation or certifications for its students to move into such roles.

It’s the second time students from the school have received discharges.

More than 11,900 former students who attended institutions including Corinthian Colleges and Marinello Schools of Beauty will receive $284.5 million in discharges, the Education Department announced Wednesday.

“Students count on their colleges to be truthful,” Education Secretary Miguel Cardona said. “Unfortunately, today’s findings show too many instances in which students were misled into loans at institutions or programs that could not deliver what they’d promised.”

Education in America: Degrees of Cost

Tori B. Powell is a breaking news reporter at CBS News. Reach her at [email protected]

Sat Feb 26 , 2022
Thursday, February 17, 2022 Introduction: What is Drug Counterfeiting?  Selling fake drugs may subject you to criminal liability under 21 U.S.C. § 331. Section 331 makes it illegal to sell a misbranded or adulterated drug in interstate commerce. The sale of counterfeit drugs must involve interstate commerce. If you sell […] 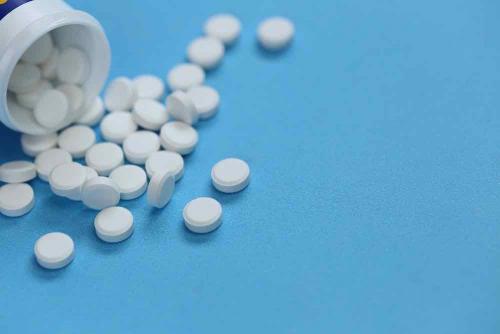