I am rushing through the Dallas Museum of Art, hoping to catch the “Bamana Mud Cloth” exhibition before closing time. I’m wondering what it is, prepared for anything — except what I see: textiles so earthy, so satisfyingly textured, so redolent of the resourcefulness of women in relentlessly troubled Mali that they seem like something elemental, hidden deep inside. Like something I had always known but temporarily forgotten.

As I search around the third floor, alone among the lovely mysteries of Africa and Oceania, suddenly I am no longer on my own. Here comes a tall, slender, elegant woman, walking purposefully.

This is Roslyn Walker, senior curator of the arts of Africa, the Americas and the Pacific at DMA, as well as the McDermott curator of African art. Genial, welcoming, affectionate, she stops her own errand and takes me on a winding route to the mud cloth.

The first thing I see, besides the central textile of the show, is a photograph of Walker, wearing a wraparound skirt made to mirror the intricate design from Mali. She has had that skirt for years. It’s part of her collection of the woven arts of Africa.

Life is hard in Mali, which is known for its harsh environment and lawless groups. Toughened by trade in the Sahara Desert, it has withstood a lot, including drought and slavery conducted on a “trail of tears.” More recently, the country has seen ongoing strife involving separatists, Islamists and the Tuareg rebels.

Through it all, beginning with the Bamana Empire 300 years ago, Mali’s women — with the help of their men — have created mud cloth, weaving local cotton into six-inch strips (men do that), sewing them together, then dyeing them with pounded leaves and bark. Next, these artists ferment mud in a jar until it is shades of reddish brown or gray and paint it carefully onto the cloth, by now dried in the sun.

The women’s designs caught the eyes of fashion designers in the 1970s. Their tightly constructed geometries would soon appear on the runways of the West: rounded peanut shells, zigzags, drums, lizard heads, little stars and the backs of sickle blades.

Norma Kamali was the first to recognize what they could mean. Then came Ralph Lauren, Oscar de la Renta, Diane von Furstenberg and Hubert de Givenchy. Above all, it was Malian designer Chris Seydou who brought these fabrics to Paris, along with their motifs. Rooted in daily life, myth, philosophy and the promise of protection, they found their way to clothing on many continents. Indeed, this DMA show is subtitled “From Mali to the World.”

The current and continuing success of mud cloth and its variations was assured when first lady Michelle Obama appeared in a black, brown and white print inspired by the Malian mud cloth. She and other aficionados can be seen on video at the museum, and nearby is a setup where visitors can make their own creations, using magnets on a board.

The aesthetic of Africa

What they might feel is what others have felt: the undercurrent of archetypes identified by Carl Jung as images that surface in cultures everywhere, from Mali to Manchuria to Manitoba, in much the same way that African art appeared as a powerful influence in 20th century Europe.

Look at the work of Picasso, Giacometti, Matisse and a host of others, and what you’ll find is the aesthetic of Africa.

No one understands this better than Walker. “I watch too much television,” she says in a phone interview. “I take pictures of people wearing this stuff. I’ve been documenting it for decades.”

In the 1970s, she notes, African textiles turned up in New York’s Museum of Modern Art in a show on the decorative arts. Some of them, no doubt, were inspired by mud cloth motifs, as the DMA show attests.

Walker’s notebook of images started expanding when she landed at the Smithsonian’s National Museum of African Art in Washington, D.C., and eventually became director. Born in Memphis, she grew up in Baton Rouge and went to Hampton University in Virginia. Then Roy Sieber, the great scholar of African, Pacific and pre-Columbian art, recruited her to graduate school at Indiana University, but not until she had spent a summer studying in France on a Ford Foundation grant.

Her dissertation, Sculptured Mankala Gameboards of Sub-Saharan Africa, was published as a book in two volumes by the British Museum. This game is played “lightning fast,” she explains, with “sleight of hand.”

Moving to Dallas might not have been lightning fast, but it was easy, she points out: “Half of Baton Rouge lives in Dallas.” She brought her collection of textiles with her, of course, including the skirt worn in the mud cloth show photograph, taken 30 years ago. Now she has just found, tucked away in her closet, a piece of such museum quality that she plans to give it to the DMA.

How To Set Up a Dog-Friendly Wellness Routine

Fri May 6 , 2022
Whether you’ve got your self-care practices on lock or you’re just dipping your toes into the world of wellness, managing your own day-to-day well-being routine can be a lot to juggle. Add on being responsible for someone else’s healthy lifestyle, too? Now that’s just next level. By “someone else” we […] 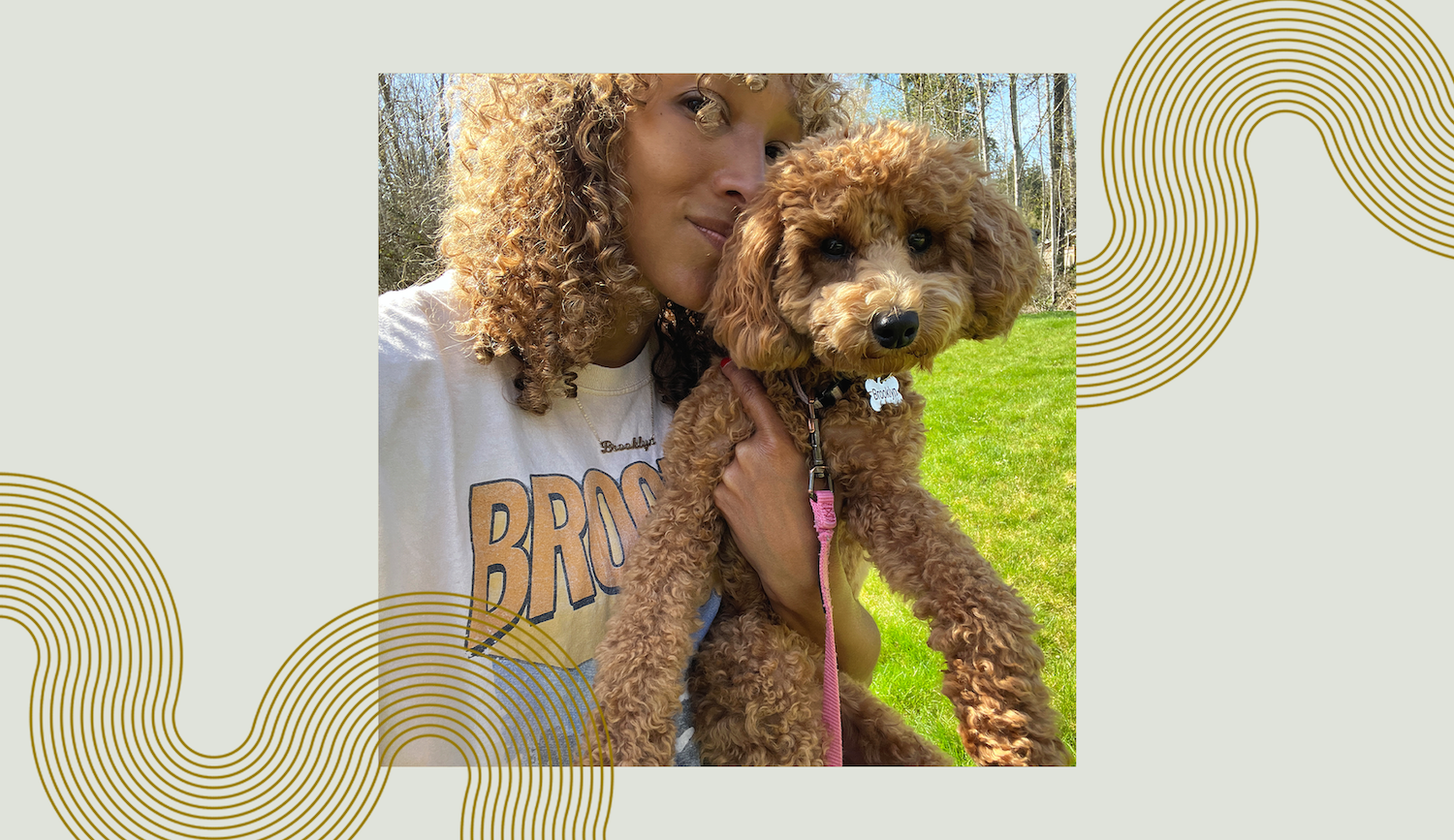