It has been common knowledge that climatic shifts, in particular the transition from the warm and wet Pliocene (5.3-2.6 mya) to the cold and dry Pleistocene (2.6 mya – 10 kya), played a key role in the evolution and dispersal of the Homo genus. However, palaeoclimate records are few and far between, making it difficult to establish concrete links between the archaeological record (consisting of fossil bones and stone tools) and climate drivers in the past. In order to fill this gap, an interdisciplinary team of researchers sought to employ climate modelling reconstructing past climate over the last 2 mya period in corroboration with the existing fossil and genetic evidence.

Timmermann et al. (2022) adopted a two-pronged approach: One, they resorted to modelling ancient habitats where fossils of archaic hominins have been found. The model ‘predicting’ these ancient environments consists of three main parameters: precipitation, temperature, and net primary productivity (NPP). (NPP is essentially the amount of carbon reserve held in vegetation). Spatially, these predictions are mapped to a grid of 1 deg latitude x 1 deg longitude; and temporally, they are mapped to a timeframe of a thousand years. Two, this exercise was supplemented by a comprehensive database of the archaeological/fossil record comprising of over three thousand entries, with records going back to as long back as 2 million years.

Six Homo species were put under the scanner here: Homo sapiens (or anatomically modern humans (AMH)), Homo neanderthalensis (the Neanderthals), Homo heidelbergensis, Homo erectus, Homo habilis and Homo ergaster. The latter two were clubbed into one group, for they emerged from pretty much the same time and area.

Homo habilis and Homo ergaster lived in east and southern Africa ~2.3-1.6 mya. Homo erectus lived ~2 mya and is considered to have led to the emergence of Homo heidelbergensis ~0.7-0.2 mya. Homo heidelbergensis has been placed by palaeoanthropologists as the most common recent ancestor for AMH and Neanderthals.

Timmermann et al (2022) acknowledge that they have left Denisovans out of the purview. Denisovans are a species of archaic hominins that lived during the Lower and Middle Palaeolithic (3 mya to 33 kya). Little is known about them, for they have left a very sparse archaeological record. Whatever we know about them comes from DNA extracted from a single finger bone recovered in a Siberian cave named Denisova in 2008.

According to the habitat suitability models for each of the six species, the early African Homo species of Homo habilis and Homo ergaster had narrow corridors of movement in southern Africa and East African rift valley. But these habitats are characterised by high spatial and temporal variability. In other words, the location of habitats suitable for H habilis and H ergaster change with time. At a point, only a limited habitat range is available for H habilis and H ergaster to exploit, because of their environmental specialisation. By contrast, Homo erectus, being a flexible generalist, is able to exploit a wide range of habitats. Therefore, its spatial extent is, therefore, reflected in the habitat suitability models. However, habitat suitability patterns for both Homo heidelbergensis and Homo neanderthalensis are again restricted and match with each other. Homo sapiens has the widest spatial range of all, and dispersed into drier regions as well.

By reconstructing climate/habitat suitability and matching that with the archaeological record, Timmermann et al (2022) were able to obtain trajectories of the origins of species, their successions and overlaps. The highest value of overlap is found between H heidelbergensis and H neanderthalensis in the European sector. This sits well with the fossil record that indicates Europe as the place where Neanderthals originated. The study also argues that central eastern Africa and southern Africa as places where both H heidelbergensis and H sapiens populations would have found suitable.

Ultimately, climatic stress in Southern Africa finally led to the extirpation of H heidelbergensis and the origin of H sapiens around 300-200 kya. This is well borne out by the fossil record in Southern Africa. The story is not as smooth for central eastern Africa, unfortunately, where the fossil record is quite fragmented and patchy – which might suggest that this region would not have witnessed a gradual transition from H heidelbergensis to H sapiens like southern Africa.

Human diaspora across the globe has been of longstanding interest to palaeoanthropologists. The study suggests habitat overlaps between early Homo and Homo erectus species, before the latter finally dispersed out of Africa 1.8 mya. H heidelbergensis emerged in Africa ~875 kya, and after that, Homo species dispersed into areas of both high and low NPP and their habitat ranges where they could survive much wider than any of their predecessors. This was accompanied by shifts in their physiology and behaviour.

In a 2019 study, Galway-Witham et al. (2019) write that the energy expenditure of Homo species gradually increased, which was also accentuated by the energy demands placed by the environment and the changing terrain. Constraints placed by resource availability meant that later hominins had to travel larger distances to transport resources than their predecessors, and longer limbs would have been more energy efficient. The ability to make stone tools would have been another added advantage.

A good point in comparison is that of AMH and Neanderthals. According to some palaeoanthropologists, a larger and robust body size would have placed Neanderthals at a greater risk in areas where calories were not readily available. This gave Homo sapiens, with a significantly lower calorific demand, a distinct advantage, finally allowing them to ultimately exploit and populate a wide range of environments.

The author is a research fellow at the Indian Institute of Science (IISc), Bengaluru, and a freelance science communicator. He tweets at @critvik

The Most Popular Summer Travel Destinations in Europe

Sun Apr 24 , 2022
Americans are eager to get back to Europe this summer, based on Allianz Partners’ Top 10 Summer European Destinations review, which found that travel to Europe will soar an incredible 600 percent over last year. As COVID-19 restrictions continue to loosen, London, Paris and Dublin remain the three most popular […] 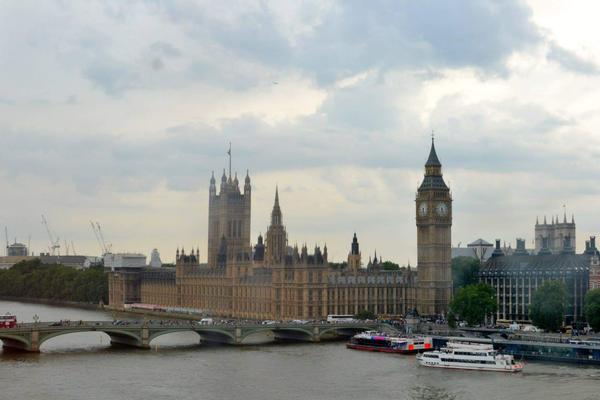