The big story: Gov. Ron DeSantis came to the University of South Florida on Wednesday to tout a new $20 million expansion of a cybersecurity education initiative.

The project, which will include three regional grants to support training and equipping new school programs, is part of a larger $89 million workforce funding initiative. DeSantis said he wanted Florida to lead the nation in preparing people for this critical field of expertise.

That’s not what he got attention for, though.

Instead, comments he made to Middleton High teens attending the event went viral. In a video shared by WFLA, the governor is seen telling the students they should take off their masks and no longer participate in the “COVID theater.”

‘This is ridiculous’: @GovRonDeSantis scolds students for wearing face masks during his @USouthFlorida visit https://t.co/v9XLjueCYi pic.twitter.com/TFeC6t6wL9

A bill calling for individual plans to help students with epilepsy or seizure disorders also is headed to the governor. Both chambers unanimously approved the proposal, the News Service of Florida reports.

Today in Tallahassee … The Florida House is set to convene at 10 a.m. Bills available for consideration include HB 703 on university president searches, SB 7006 on campus emergency responses and HB 461 on Bright Futures scholarship service requirements. • The Florida Senate is scheduled to meet at 10 a.m. It is expected to spend much of the day debating HB 5 on abortion.

Sarasota County voters will decide whether to renew the school district’s local option property tax next week. The often divided School Board has united in urging support of the ballot question, the Herald-Tribune reports. • The Sarasota board split when adopting a new policy limiting public comments at its meetings to two minutes, the North Port Sun reports.

Lee County high schools will move to seven-period days next year. The move away from alternating block schedules is designed to help schools cope with teacher shortages, WINK reports.

Tuesday was senior skip day for many Miami-Dade County high schoolers. They left trash-strewn beaches in their wake, the Miami Herald reports.

From the court docket … Lawyers for the Clay County school district have asked a court to dismiss a case brought by parents who claim their child was coached in gender identity transition without their permission, WJXT reports. • A Miami-Dade County mom is headed to court after pleading not guilty to battery charges stemming from an altercation with her child’s teacher. The woman allegedly hit the teacher, spat on the principal’s desk and threw a frame at the teacher during a meeting about her child’s behavior, the Miami Herald reports.

The outside finalist for the University of South Florida president job said he was going to withdraw. He cited a questionable search process. Then he changed his mind.

There’s more information about the abrupt recent resignation of Florida International University’s president. An investigation details how Mark Rosenberg, who is 72, made inappropriate and unprofessional comments to a female staffer in her 20′s, the Miami Herald reports.

Don’t miss a story. Here’s the link to yesterday’s roundup.

Before you go … WIRED’s “autocomplete interviews” with celebrities are interesting and entertaining. Check out this recent one with Talking Heads lead singer David Byrne, who as one commenter suggested offers a once in a lifetime commentary.

Wed Mar 9 , 2022
You might expect a gallery of studio apartment ideas to focus on squeezing as much as possible into a tiny space, but the reality of many modern studio apartments is a world away. Given how high real estate prices can be in cities (here’s looking at you, New York), small […] 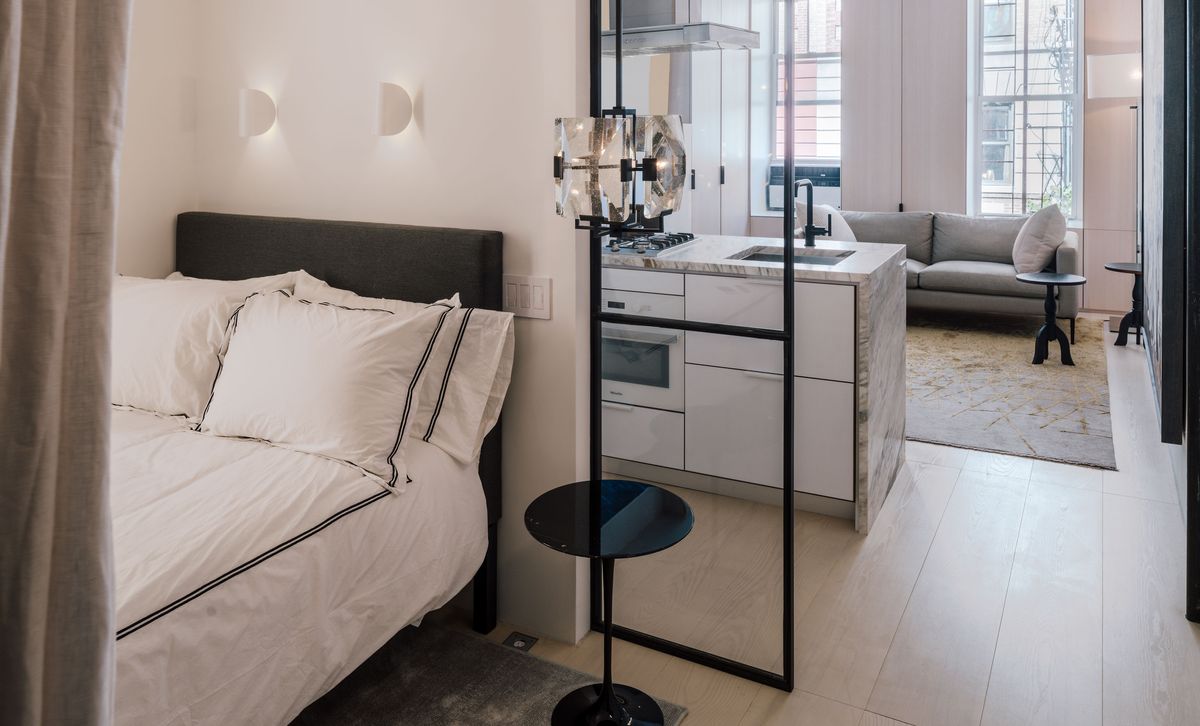