Six Red Bulls a day, the constant companionship of an 11-year-old terrier mix named Sarge and the occasional excursion to reel in 500-pound goliath groupers. Such are the secrets to success for Tom Mars, Arkansas’s litigating superhero.

Twitter addicts know @TomMarsLaw as the guy who playfully deflates the egos of Arkansas’s dumbest politicians. Science-believing parents know him as the valiant attorney who kept the ivermectin cult from unmasking Arkansas schoolchildren during COVID-19’s most dangerous peaks. Mars has worked as a Walmart executive and head of the Arkansas State Police. Hardcore sports fans credit him as “the father of free agency” for college athletes and lawyer for some of the brightest lights in the college coaching ranks.

It’s an impressive C.V. for someone who couldn’t get accepted to any law school in Virginia and had to get his dad’s help to secure a spot at the University of Arkansas School of Law. He tried to drop out after his first semester, but got talked into staying when he realized he was at the very top of his class.

From there, Mars clerked for a federal appellate judge in Arizona, landed a job at the Rose Law Firm, ruled the world from Walmart HQ, answered Mike Huckabee’s call to run the State Police, worked in private practice and moved to Vail, Colorado, for a while to be CEO of a swank orthopedics clinic popular among Winter Olympians. Now, Mars’ career has taken another twist. He clocks 80% of his billable hours on college athletics, which is odd considering Mars never paid much attention to sports. It was only by chance that it became a specialty.

In 2017, friend and pastor Rev. Rex Horne asked Mars during one of their regular coffee dates if he’d heard about Houston Nutt’s predicament at the University of Mississippi. Of course Mars knew nothing, despite having been Nutt’s neighbor when he was at the University of Arkansas at Fayetteville. Horne explained the NCAA found a series of compliance violations at Ole Miss in 2016. Coach Hugh Freeze tried to pin all the blame on Nutt, who’d been fired from Ole Miss in 2011. Mars took on the case to find phone records showing Freeze repeatedly used his university-issued phone to call an escort service. That revelation led to Freeze’s downfall at Ole Miss, while Nutt got a public apology.

Mars quickly became the go-to for college football players, like decorated quarterback Justin Fields, who hoped to transfer and gain immediate eligibility to play at their new schools, something NCAA rules usually prohibited. When the University of Georgia fired basketball coach Tom Crean this year, he hired Mars to ensure that he gets what’s owed to him in his contract.

If you, like Mars circa 2017, don’t really care about the sports stuff, no worries. There’s more to learn here.

Such as, Mars has a tendency to think and speak in Successories. Remember the motivational posters that hung in the offices of all mid-level managers a couple of decades ago? That’s Mars’ vibe, and he’s disarmingly earnest about it. For anyone who aims to be so accomplished that you can split your time between a mountain home in the Ozarks and a waterside townhouse in Florida, taking on only the work you feel like doing, take heed: “Ego is the greatest enemy of leadership.” “It’s important to me to give my clients 110%.” “My definition of success is being remembered more for what you did for other people than what you did for yourself.” “If you work hard, you’re probably gonna do well. If you work harder than everybody else, you’re gonna do even better. Nobody works harder than I do.”

It’s a safe bet Mars was the hardest-working gas station attendant in Bethesda, Maryland, when his father took a position as a dean at Arkansas State University in Jonesboro and wooed his son southward. A recent high school graduate, Mars didn’t really have any other plans at the time. “They tempted me with postcards that I totally bought into, of Hot Springs and Eureka Springs.” He remembers noticing, around the time he hit Marked Tree and Trumann, that not all of Arkansas was the mountainous vacation destination he was led to believe. Still, the family discount rate of $2 a semester hour was enough to keep Mars put long enough to earn a degree. As an undergrad, he honed that work ethic as a part-time EMT, a job that came with a free tiny apartment right next to the embalming room of a funeral home. “My social life in college was not very memorable,” he said. 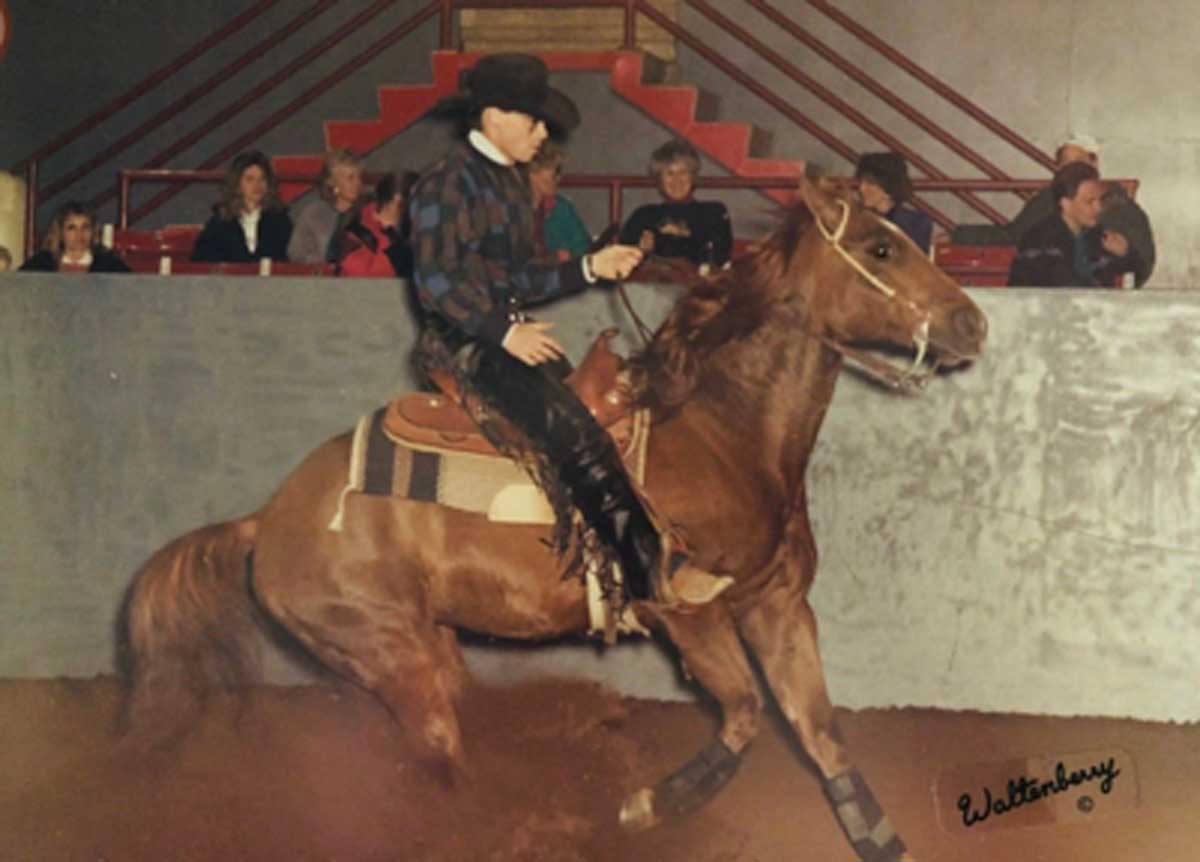 REINING CHAMP: Mars went all out on his hobby of training and showing reining horses.

All superheroes have unexpected origin stories, and it was during his freshman year at ASU that Mars uncovered his own. Mars knew he’d been born in White Plains, New York, but that his parents lived in Syracuse at the time. So he dug through his parents’ filing cabinet when they were out of town. The snooping revealed that Mars, born Thomas Bradley West, was given up by his birth mother and spent years in orphanages and foster homes before being adopted at age 4. He remembers nothing from those pre-adoption years. Mars later learned his birth mother had a mental illness that put her out of the running to parent, and that his biological aunt cared for him for his first few weeks of life. He’s since gotten to know his biological sister, Jayne West, an accomplished opera singer.

His goal when he was younger was to work for the FBI, so after college Mars served a couple of years on a police force in Virginia before claiming that spot at the law school in Fayetteville. He escaped briefly for a clerkship in Salt Lake City, during which he declined the long-coveted spot at the FBI training academy but accepted a job offer to work with Hillary Clinton at the Rose Law Firm. His wife at the time was an ER nurse from Searcy, so coming back to Arkansas made sense. Mars has two daughters from that first marriage, both of them grown and living in Rogers. His second marriage to a TV news anchor gave him a stepdaughter, now grown, and a son (and fishing buddy) who’s now in college in Florida. The two have a yen for catching freakishly large fish, and Mars is quick to show off photos of the father-son team reeling in knobby, muddy groupers and glossy sharks the size of Honda Civics. 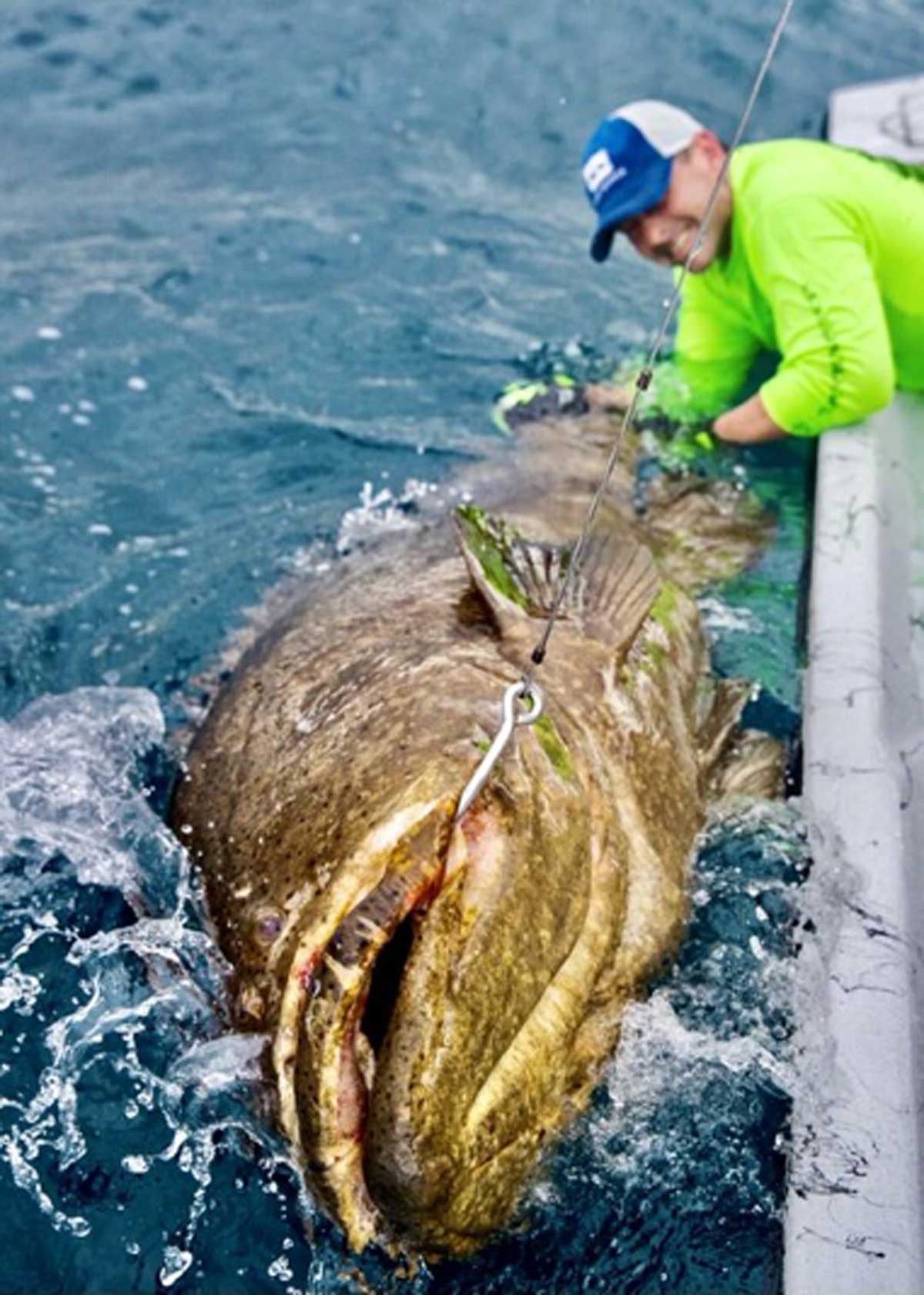 GO BIG: It tracks that Mars eschews normal fish in favor of freakishly massive fiends from the deep.

It may have something to do with those six (or more!) Red Bulls he guzzles a day, but Mars is exceptionally intense, about his work and also any other pursuits he takes on. For instance, running. “I’ve had four knee surgeries. I used to run a lot,” he said. “When I was at Walmart, people would comment that they’d seen me out at 5 a.m. with my headlamp in the snow.”

Also, being a cowboy. This was during the ’90s, when a friend introduced Mars to training and showing reining horses — the prancers who swirl in ice skater fashion. Mars was all in. Soon he had his own barn with horses and a training track, and spent weekends at shows from Nebraska to Texas. He adopted this hobby so wholeheartedly that it became his fashion identity, prompting co-workers to suggest he ditch the spurs as office attire. At least he has some self-awareness. “I think it’s probably true that when I get involved in something, whether it’s professional or just something I like to do, I get pretty passionate about it.” 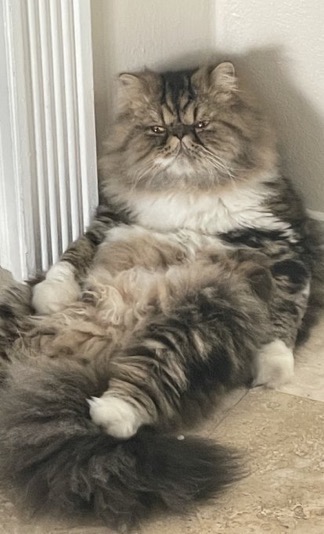 BFFs: Despite not having the same energy, Mars spends lots of time with Leo the cat.

Of late, those passions include Sarge, of course, and a smoosh-faced cat named Leo. During a telephone interview, Mars lost focus only twice: once when a call came in from a very fancy and well-known sports figure client whose name he asked me not to disclose, and once when Sarge sneezed and Mars had to pause the interview momentarily to make sure he was OK.

Sarge, Leo and Mars spent loads of time together during the pandemic. A virus Mars caught in 2013 left him with myocarditis, and the condition kept him at high-alert in the face of COVID-19.

Ever since Mars took on Houston Nutt’s case, his phone rings often with more potential clients than he can take on. Representing those high-profile athletes and coaches as paying customers means Mars could carve out time and resources to successfully battle the likes of the Arkansas General Assembly and their idiotic 2021 law forbidding school districts from requiring masks. His pro bono suit on behalf of Arkansas parents cleared the way for school boards to be allowed to require masks if they so choose. As a former police officer, Mars also has a soft spot for law enforcement types and will sometimes work with them for a lower-than-usual rate.

Mon Apr 4 , 2022
NASA’s Hubble Space Telescope has discovered the farthest star ever seen to date. The star is more than 12.9 billion light-years away and likely existed within the first billion years after the beginning of the universe. The star system is officially called WHL0137-LS, but it has been nicknamed “Earendel”, which […]