The Ukraine invasion is casting an unflattering light on the role of China’s private technology groups, including Tencent, Sina Weibo and ByteDance, in disseminating official misinformation, posing difficult compliance issues for the companies’ foreign investors.

The internet platforms of tech giants in China are promoting content backing Russian president Vladimir Putin’s attack on Ukraine while suppressing posts that are sympathetic to Kyiv, potentially conflicting with international funds’ corporate and social responsibility commitments and public statements against the war.

In the conflict’s opening days, Beijing followed Moscow in blaming the US for instigating the crisis. False reports of Ukraine’s president Volodymyr Zelensky fleeing Kyiv and Ukrainian troops surrendering were shared widely in China. This week, Russian disinformation reports of US-run biological laboratories in Ukraine with “large quantities of dangerous viruses” were repeated by China’s foreign ministry spokesperson and state media.

Many of the companies most popular with investors were subject to strict state controls, said Boudreault, adding that tech and media companies were “extremely vulnerable to the strike of a pen from a Chinese bureaucrat”.

China’s information control apparatus — a mixture of state-led directives, platform self-regulation and individual self-censorship — has been on stark display since Putin’s decision to invade Ukraine. The attack, which China has refused to condemn, came only weeks after Putin and President Xi Jinping announced a “no limits” partnership after meeting at the Beijing Winter Olympics.

Beijing’s official line on the war blames the west and the Nato defence alliance for pushing Putin towards conflict. This stance has been disseminated widely across not only state media but also the platforms of Tencent, Sina Weibo and Douyin.

Moscow’s talking points are frequently adopted from Russian state media and run on China’s platforms as well as being parroted by Chinese officials, state media and a chorus of nationalist influencers.

Tencent owns WeChat, a messaging and network service with 1.2bn users, while ByteDance owns Douyin, the domestic Chinese sister of short video app TikTok, which has more than 600mn users. Both declined to comment. Twitter-like microblogging site Sino Weibo, another of China’s biggest social media platforms with 500mn users, did not respond to questions.

Censors have targeted articles, opinions, comments and visual imagery that is critical of the invasion and supportive of Ukraine. In one example, a joint letter denouncing Putin’s invasion signed by five academics was swiftly wiped from the internet after circulating on WeChat. In another, Ke Lan, a Chinese actress, was blocked from Weibo after posting content that was critical of Moscow.

“It is a tough market, getting tougher,” said the investor, who asked not to be named citing Hong Kong’s national security laws, which target criticism of China. “Investors should be able to engage with companies on these issues. But there is no way we really can.”

The focus on China’s tech giants and their investors comes as western governments push international social media companies to remove Russian state-backed media from their platforms.

Funds with technology holdings in China are coming under “huge pressure” over their investors’ ESG concerns as well as from China hawks in the US, said another Asia-based private equity adviser, who also requested anonymity.

“It is only going to get worse,” the person said, noting that the invasion adds to simmering US-China tensions.

Outside China, TikTok has blocked access to Russian state media organisations Russia Today and Sputnik. But the news services still have tens of millions of followers in China and the platform companies have said blocking the content of the Russian services would require orders from Beijing.

“Personally, I’m really, really saddened by what is happening [in Ukraine] . . . But there is a boundary between what you can do and what is out of your control,” said an employee at a large platform group, who asked not to be named.

Chinese tech stocks were popular among international institutional investors keen to tap into the world’s biggest consumer market until Beijing launched a crackdown on the sector in late 2020. The risk of more regulation and the threat of declining profits caused by Xi’s so-called common prosperity drive has rattled markets.

“This is not the first area where questions have been raised for investors considering the ‘S’ in ESG when it comes to Chinese technology companies,” he said. He added that investors had also largely ignored the sector’s alleged ties to surveillance in China’s western Xinjiang region where 1mn Muslims have been imprisoned.

“One of the issues which is most concerning is the sheer level of passive investment in these companies, particularly Tencent and Alibaba. Their heavy weighting in MSCI and FTSE index trackers mean that pretty much every pension fund and institutional investor is seriously exposed — whether that is in California or London,” said Patterson, referring to the international index providers.

Additional reporting by Maiqi Ding and Eleanor Olcott in London

An architectural masterpiece in Miami Beach: take the tour

Tue Mar 15 , 2022
On the waterfront in Miami Beach is a new three-story home that is already making its mark.  The dream retirement home, overlooking Biscayne Bay with stunning skyline views of downtown Miami, was inspired by the iconic, mid-century modern Stahl House in Hollywood Hills in Los Angeles, California, which features a […] 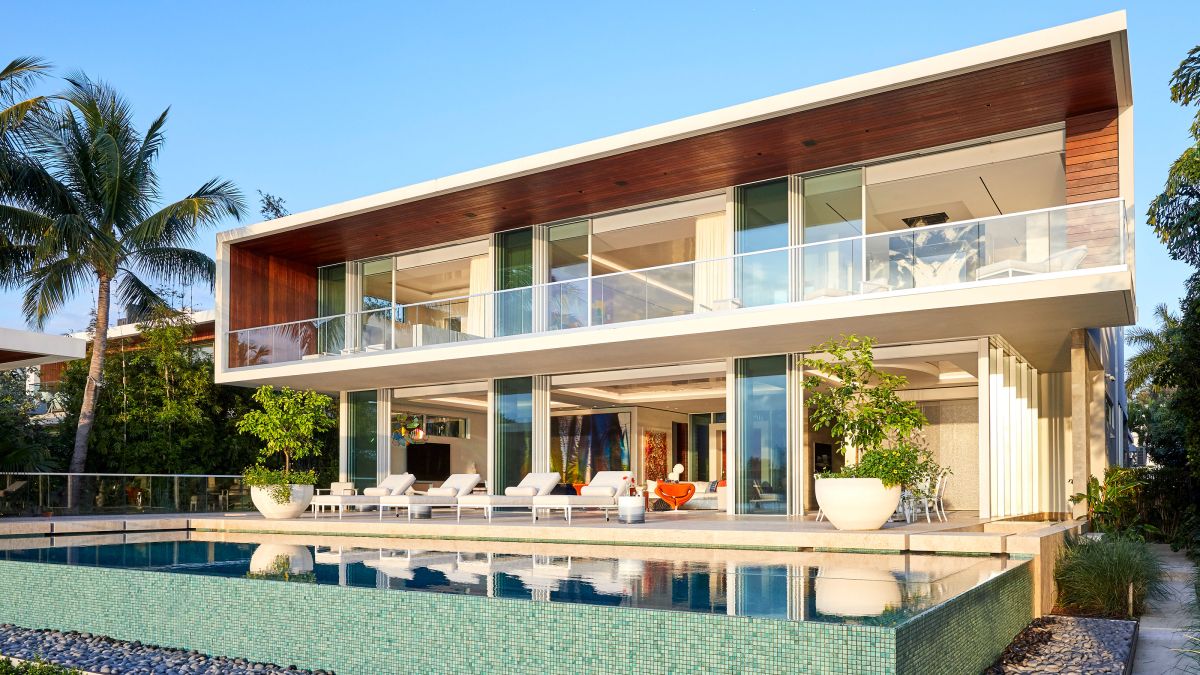