“Real Time” host Bill Maher hammered Republican Florida Gov. Ron DeSantis for “demagoguing” on the issue of education but also knocked Democrats for not taking the growing debate in schools across the country seriously.

Maher began the panel discussion by addressing the “saddest story” about Disney, which was initially attacked by the left for not being forceful against the GOP-backed legislation in Florida that banned instruction of sexual orientation and gender identity from pre-k to third grade. But now the House of Mouse has become the target of conservatives for inserting itself into the political fight.

BILL MAHER STANDS UP FOR COMEDIAN ‘TRIBE’ FOLLOWING WILL SMITH OSCARS SLAP: ‘THE WAR ON JOKES MUST END’

He insisted he himself “doesn’t give a s— about Disney,” pointing out “they fired me once, so I have every reason to hate them,” referring to his 2002 ousting as host of ABC’s late-night program “Politically Incorrect.”

“But I don’t hate them! I feel sorry for them! Because they live in this country where nothing is ever enough,” Maher said. “I mean, at first… Disney didn’t say anything. Like, ‘we’re just we just make fairies and elves, riding in teacups’ until they got all sorts of s— from the left… They always were one of the most gay-friendly companies in the world. And now DeSantis, of course, he’s demagoguing this, but he wants to stop them from having their Vatican status there. And they just want to get people in the teacup!”

The Atlantic staff writer Caitlin Flanagan told Maher she “hates” Disney now, saying they should “believe in something” and “have a backbone.” Meanwhile, conservative commentator Mary Katharine Ham argued, “the key might be neutrality on these big culture war issues.”

“But it hinges on whether there really is something going on in the schools that never was going on there before and maybe shouldn’t be going on,” Maher said.

BILL MAHER ROASTS HOLLYWOOD ELITE’S STANDING OVATION FOR WILL SMITH AFTER OSCARS SLAP: YOU HAVE NO PRINCIPLES

The HBO star then pointed to the 41% of math textbooks that were removed from Florida’s education system for allegedly containing inappropriate material like promoting the critical race theory ideology. On Friday, the Florida Department of Education released four examples of content that was found in the textbooks, which three of them Maher found to be a “nothing burger.”

However, the fourth example was bar graphs measuring “racial prejudice” by age groups and political affiliations.

“Why use that example?… What happened to, like, ‘A train leaves Chicago…?'” Maher asked.

Flanagan railed against the public education system for leaving children “deeply under-educated” to be prioritizing teaching about social justice while Ham stressed how the COVID lockdowns that kept many students outside the classroom for a year will result in a “bigger crisis than we even know.”

“And I think DeSantis sort of earned some cred on the issue of education because he kept the schools open. So that gives him leeway to have these fights because parents actually have some confidence in him,” Ham said.” And there is an issue. In somewhere like Virginia where Youngkin got elected based on this stuff.”

BILL MAHER: TODAY’S GOP ‘WOULD BE THRILLED’ TO HAVE NO BLACK JUSTICES ON THE SUPREME COURT

“Look, you get a lot of leeway on curriculum if you want to do some woke stuff while you’re keeping the school up and you’re teaching my kids to read it. If you shut it for a year and you make me zoom-butler for my kid and I’m part of the curriculum, you can’t tell me to shut up about the curriculum,” Ham added.

“And just to be clear, I don’t think this is typical,” Maher later said. “They picked 41 [percent of] books and they have four examples. Of the examples, this was the most egregious, but it does exist! It is real! So again, I don’t know why Democrats do this to themselves.”

“I think DeSantis is demagoguing this issue because I think he thinks this is a great way to be the candidate in 2024 by ‘owning the libs’ on gays and kids and Pluto and Goofy f—ing each other or whatever insanity they’re going to – but I also think textbooks are written by a certain type of people.”

“What type of people?” Flanagan asked.

“The type that would put some bulls— like that in a math book!” Maher exclaimed, which Flanagan quickly agreed, saying “extremely leftist” teacher’s unions are inclined to buy such books for their schools.

“And like with public health, there is a loss of trust and it is a good play to go after these mad parents. It will work because they are mad for a reason and they will not be gaslit and told that there is nothing going on here,” Ham added.

NYCxDESIGN 2022: What to see and do at New York City’s biggest celebration of design

Wed May 11 , 2022
Photo: ©Jenna Bascom Photography Taking place in one of the world’s most innovative design capitals, New York City’s largest design festival will be celebrating its 10th anniversary this year. NYCxDESIGN: The Festival is a showcase of the newest and most creative offerings in furniture, lighting, textiles, and accessories–many of which you’ll be seeing […] 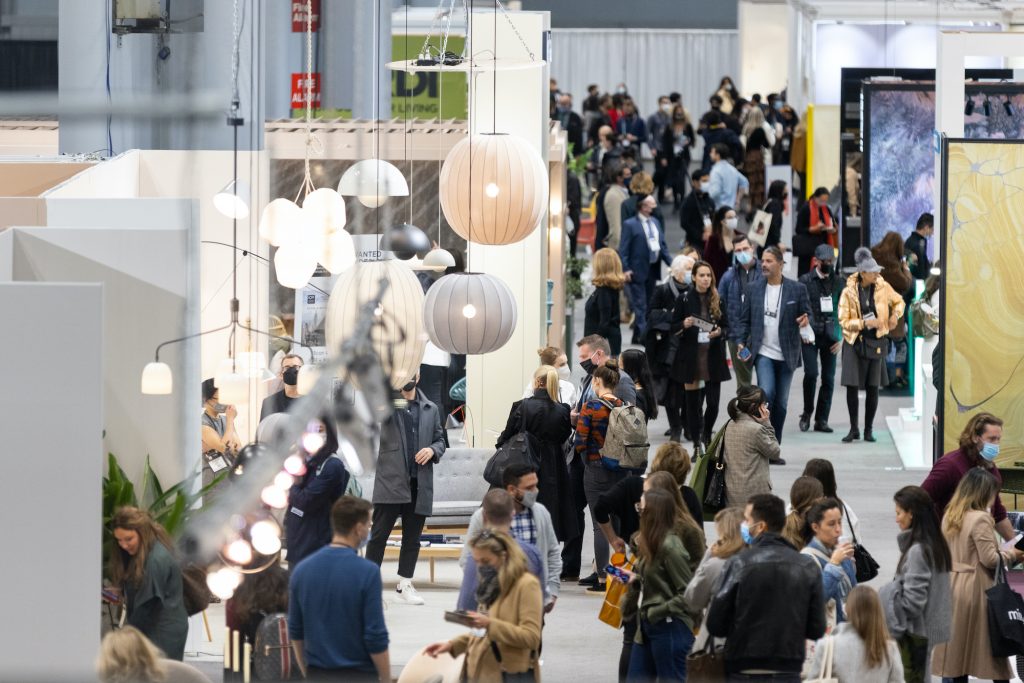