Apple will host its Worldwide Developers Conference (WWDC) from June 6 to June 10. Like last year, Apple will be hosting the conference in an online-only format, with a virtual keynote and sessions for its developer community. WWDC, perhaps one of the biggest events in the tech calendar, gives a peek into the changes coming to the software used by millions of people. The event begins with a keynote on Monday, June 6.

Apple typically uses a keynote for developers, usually on the first day of the conference. Conferences like WWDC are aimed at developers who build apps for Apple’s popular products such as the iPhone and Mac. However, the annual developer conference is used to give a sneak peek at new software for the iPhone, Mac, Apple Watch and iPad. That means consumers should expect an early look at iOS 16, iPadOS 16, WatchOS 9 and a new version of macOS. Usually, the software announced at WWDC in June gets a release date in fall, around the same time Apple launches new models of the iPhone and Apple Watch.

If you look at the pattern developed during the past WWDC conferences, Cupertino likes to throw numbers to prove how its App Store is the most attractive platform for developers. Last year, Apple said it has paid $230 billion to developers for using its App Store since 2008. The company also revealed that its App Store gets over 600 million visitors each week across 175 countries. Lately, Apple is putting a lot of focus on Indian developers and app makers, signalling the importance of the market for the world’s most valuable tech company.

The big announcement from Apple during last year’s WWDC was the launch of Universal Control, a feature that allows users to use the same mouse and keyboard across a Mac or an iPad. That feature recently went live after a bit of a delay. The company also revealed FaceTime improvements, including how users share their screens or music, through a new software feature called ShareTime.

Besides announcing iOS 16 and macOS 13, industry experts suggest Apple could announce a brand new OS called homeOS. Apple’s home strategy is still not very clear, and WWDC 2022 might be the platform where Cupertino could give developers how it wants to proceed in the crowded smart home segment.

Although WWDC is a software-focused event, Apple has in the past used the developer conference to show off new hardware. The significant hardware announcement expected at WWDC 2022 is the introduction of the long-rumoured mixed reality (MR) headset. According to Bloomberg, a large team, called the Technology Development Group, is reportedly working on the headset. Although Apple never publicly confirms the existence of the headset, analysts and tech insiders believe such a device will give Apple an opportunity to enter a new product category. The headset reportedly gives the best of virtual reality (VR) and augmented reality (AR) on a single device. Some reports say it could cost as high as $2000, much higher compared to Meta’s $299 Quest VR headset.

A mixed reality headset from Apple set the tone for the industry that is yet to see a hit device to experience extended reality (XR), which many call a gateway to the metaverse.

“At its heart, WWDC has always been a forum to create connections and build community,” Susan Prescott, Apple’s vice president of Worldwide Developer Relations and Enterprise and Education Marketing said in a statement.

In addition to the online conference, Apple will host developers and students at Apple Park on June 6 to watch the keynote and State of the Union videos together, along with the online community.

Wed Apr 6 , 2022
Sectional living room ideas are a favorite solution to the space’s seating. Comfortable, spacious, and versatile, a sectional also makes a fabulous focal point for the room. Of course, the right style of sectional is key to pulling off your living room sofa ideas, and also crucial is placement within […] 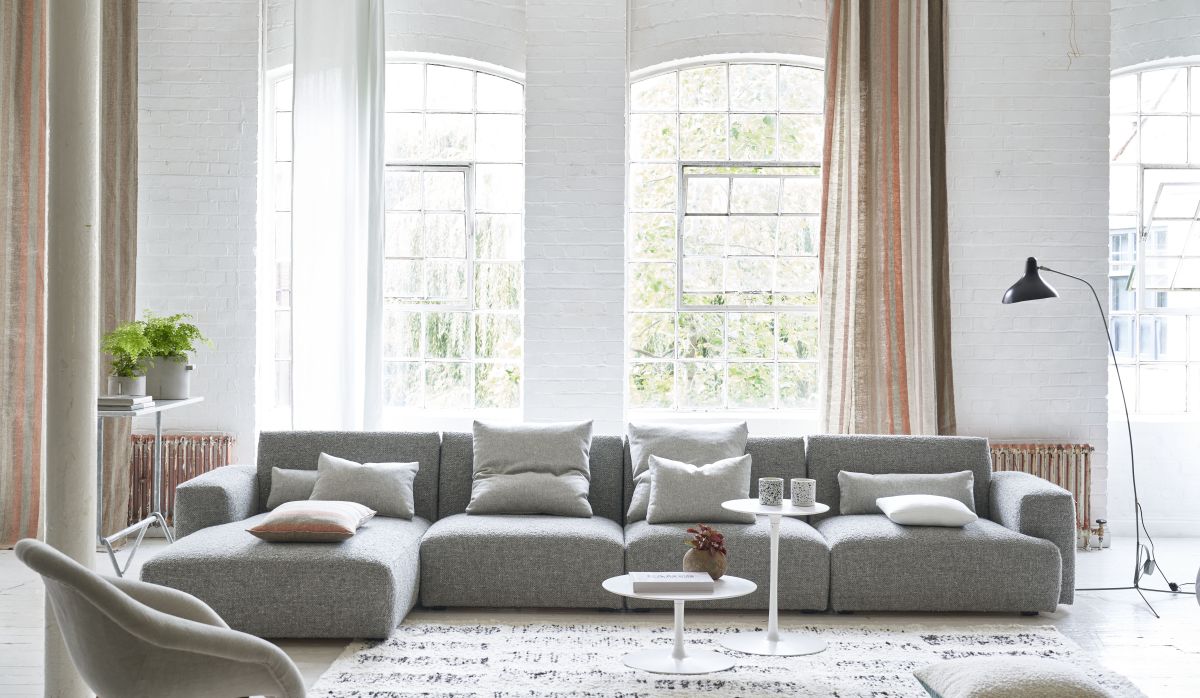