The masks are off in America, flights are full and the global economy is doomed.

That’s a serviceable summation of this week’s news, if a bit glib. On April 19, a US federal judge struck down the Biden administration’s mask mandate for trains and planes, leading airlines to abandon their requirements, sometimes mid-flight. Cheering passengers tossing their masks into garbage bags held by grinning flight attendants made for one of the clearest “back to normal” moments of the pandemic (the images on social media from Coachella, with not a mask in sight, might be a close second.)

Speaking of flights, airport ticket counters and security lines were overwhelmed by Easter weekend travellers, signalling the start of what’s expected to be a very busy summer vacation season. American Airlines said this week it set a monthly sales record in March. The long-awaited tourism rebound seems to finally be underway.

The exception — and it’s a big one — is China, where much of the country remains under lockdown. The government’s measures to contain its worst Covid-19 outbreak in two years dominated discussion around financial results from some of luxury’s biggest names, including LVMH and Prada. Kering this week reported disappointing sales from Gucci, which depends more on China than many of its rivals, sending its shares down 4 percent on Friday.

Meanwhile, the International Monetary Fund (IMF) slashed its global growth forecast to 3.6 percent, from 4.4 percent in a previous outlook. The IMF cited the war in Ukraine for the steep cut, noting that Russia’s invasion had driven up the cost of oil, gas, wheat and other essential commodities. The World Bank said China’s Covid-19 lockdowns were another threat to the global economy, and could drive up inflation, which is already at a 40-year peak in the US.

Brands seem more focused on the masks off, full flights news this week than the darkening economic picture. Earlier this week, Kering and Prada said booming sales in the US and Europe outweighed any concerns about the impact of China’s lockdowns. Lululemon outlined its strategy to double sales by 2026. On Thursday, LVMH CEO Bernard Arnault put it most succinctly in assessing how 2022 is playing out: “so far, so good.”

This is not the talk of companies that believe they are staring down an imminent recession.

The sunny outlook partly comes down to bravado: stores are packed, profit margins are growing and sales are at record highs. Why rain on that parade?

At the same time, many companies — including some of those named above — are quietly preparing for the inevitable downturn, whether it comes next month, next year or further out. Investors certainly are: despite strong sales, shares in virtually all fashion companies are down from the highs they hit late last year, in many cases sharply so.

These companies may also be reluctant to discuss the uncertain future because there are no easy answers. Preparing for economic turbulence is tricky, as the industry’s recent experience shows. Many brands were too cautious early in the pandemic, and failed to order enough inventory to meet strong demand last year. In the wake of the IMF report, and similar notes of caution from the US Federal Reserve, they could be making the opposite mistake, over-ordering to serve customers who aren’t certain to show up. But if the economists are wrong, we’ll be right back to shortages and missed opportunities.

Many luxury brands are responding to the uncertainty around China — which predates the latest Covid outbreak — by investing more in America. That’s proven a successful strategy so far, though as Bernstein’s Luca Solca notes, “the situation in China is much worse compared to the lockdowns in summer 2021.” And the US economy is likely to slow as the Fed brings the hammer down on inflation.

The best way to prepare, as BoF’s Cathaleen Chen reported earlier this week, is to address the most pressing problem of the moment: inflation. By switching to higher-margin materials, buying in bulk and taking other steps to operate at peak efficiency, companies will reduce the effects of rising costs, and therefore enter any future downturn with their balance sheets in the best possible shape.

In a broader sense, brands have been preparing for the next recession since the start of 2020. We can see it in Calvin Klein’s focus on differentiated, coveted products it can sell at full price, Ralph Lauren’s brand elevation strategy or luxury brands’ clever new approach to off-price channels.

All of these efforts are aimed at building a strong brand that customers will consider an essential purchase even if their personal financial circumstances take a turn for the worse, and having a strong brand is the best way to recession-proof a company.

THE NEWS IN BRIEF

FASHION, BUSINESS AND THE ECONOMY

Prada chief executive says first four months strong despite Russia, China. Patrizio Bertelli said the Milan-based, Hong Kong-listed house has no plans to revise its targets, while it may consider a dual listing on the Milan stock exchange in the future, according to an interview with Corriere della Sera’s weekly insert L’Economia.

China to sign forced labour treaties as Xinjiang scrutiny grows. The country is set to ratify two international treaties amid criticism over its treatment of the Uyghur ethnic minority, which has hindered trade ties with the US and Europe.

L Catterton explores sale of jeweller John Hardy. The consumer brand-focused buyout firm is seeking about $200 million for the business it bought in 2014, people familiar with the matter told Bloomberg.

Mango inks green loan deal. The high-street retailer has refinanced its debt and secured a €200 million ($216 million) loan managed by CaixaBank, the cost of which will reduce if it hits sustainability milestones by 2025.

François Pinault set to buy music streaming platform. Billionaire Kering founder François Pinault and the other founders of a blank-check firm are buying Deezer in a deal valued at more than $1 billion.

THE BUSINESS OF BEAUTY

Olivia Rodrigo signs on with Glossier for its first celebrity deal. The teenage pop star signed a long-term deal to collaborate with the ailing direct-to-consumer beauty brand.

Korean personal care giant acquires The Crème Shop in $120 million deal. LG Household and Health Care will take a 65 percent controlling stake in the beauty company for about 148.5 billion won ($120 million) with an option to purchase the remaining shares in five years.

Hermès considers using the metaverse for communications. At Wednesday’s annual shareholder meeting, executive chairman Axel Dumas said the Birkin bag-maker would remain focused on craftsmanship, but is “curious and interested” in the metaverse.

Shopify is in talks to buy tech start-up Deliverr, according to Bloomberg. It’s a move that would help the Canadian e-commerce company expand in fulfilment services.

Isha Blaaker Has Reinvented Himself From the Core

Wed Apr 27 , 2022
South American-born Isha Blaaker grew up in the Netherlands, and was a national karate champion both as a teenager and as a high school senior. He won titles in Belgium and also competed in the Israeli karate championships throughout the course of a prolific career in martial arts. Blaaker has […] 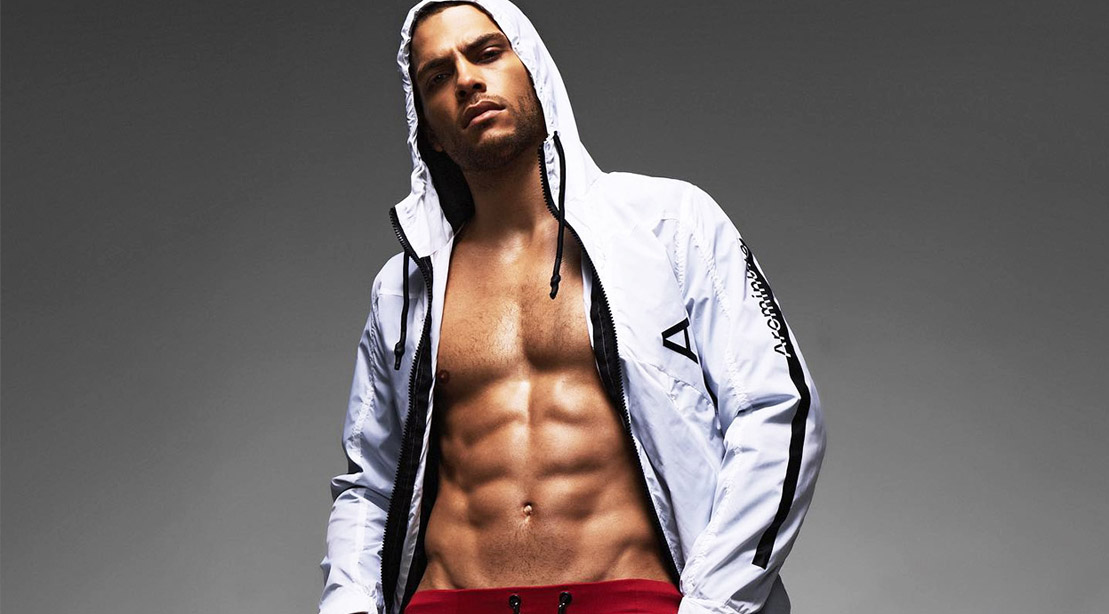