Stretching is one of those things coaches and hardcore lifters never sit on the fence about. It’s either a complete waste of time or it’s curing cancer. There is no in-between. Usually, both sides will argue till they are blue in the face if it doesn’t come to fist-a-cuffs first.

When coaches get into an argument about stretching, it’s never pretty. There is plenty of name-callings, hair pulling, chests puffed out, and blood spilled. Hey, just kidding about the blood. But like with most polar opposite points of view, the truth lies somewhere in between.

Here five coaches share their truths about stretching so you will come away better informed about the benefits of stretching.  Muscle and Fitness sat down with

Here they discuss the right time to stretch if at all, how long it should take, the types of stretches that improve performance, and the stretches to avoid.

When is it the right time to stretch in a workout?

But static stretching is not a complete waste of time, according to Bacon. He says that it “may improve mobility over time and serve to effectively reduce blood pressure following resistance training. Chris Cooper adds that “using static stretching between sets to increase blood flow to your muscles and when you’re looking to cool down from a workout.”

Static stretching after a workout helps return the muscle to their resting length faster which may aid in a faster recovery.

He adds: “Stretching to improve flexibility can be done in between sets if you need to improve your range of motion for that exercise or anytime, what matters most is whether you do it or not.”

How long should a stretching session take?

This depends on the type of stretching and whether it’s done before or after a workout. When performing dynamic stretching as part of your warmup it’s better to be efficient according to Dr. Mike T. Nelson. “The shorter the better so it is more like active mobility where you move towards and end range of motion and then back away, and then back toward end range again,” he says. Pollen agrees, adding that “pre-workout dynamic stretching should only take about  five to 10 minutes.”

Bacon further explains that dynamic stretching as part of a warmup should be as minimal as possible to limber up and feel prepared to work out. Using movements that are similar to what you will be performing should take priority.

When stretching after a workout it depends on if your goal is recovery or flexibility, so it pays to plan according to Konforti. “Stretching for flexibility should be done in 10 to 15 minutes per day,” Konforti says. “Stretching can go on forever, go in with a plan of attack and stick to it.”

Pollen further some people may be better off with less work. “For some folks,  five to 10 minutes of static stretching post-workout is enough,” he says. “Others enjoy much longer sessions (e.g., 30 to 45 minutes), separate from their workouts. In general, the more intense your flexibility goals are, the longer your sessions will take.”

But Cooper takes a different stance. “Stretching doesn’t need to be a long-drawn-out process. Pick a few areas that need to be addressed and work on static hold for 30 to 60 seconds. Static stretching after your training needs to be short and sweet but if you plan on stretching for a long time, it’s best to dedicate a separate session for this.”

When it comes to specifics, no one can agree, with a wide range of opinions. The coaches here had two schools of thought and now it’s up to you to form your own opinion. Nelson takes the hard line on stretching and performance. “Pretty much none in my biased opinion,” he says.

According to Bacon, “There are no stretches that acutely enhance performance as far as I’m aware, although people feel more likely to perform well when stretching was performed as part of their warmup. There doesn’t appear to be a magic prescription to say, ‘do this movement before you squat, and your squat will shoot up.’”

On the other hand, Konforti slightly disagrees.

“The most effective stretches to increase range of motion is PNF stretches. A lot of the time you’re unable to lengthen a muscle because your nervous system feels unsafe in that stretched position. Stability comes before mobility. The hack is making your body feel stable and strong in those stretched positions. By contracting the muscle as you do in PNF stretching signals to the nervous system that your muscle is safe, allowing it to relax and go into a deeper stretch.”

Pollen takes a different tack. “Dynamic stretching has been shown to enhance performance. Examples of dynamic stretches include bodyweight movements like reverse lunges (with a twist), inchworms, the world’s greatest stretch, and pogo jumps. That said, if your target activity requires large ranges of motion, then your performance will benefit from static stretching in order to access those ranges.”

Which stretches are a waste of time?

Like a lot of techniques in the health and fitness realm, this question has opinions of varying degrees. There’s an adage if it feels good do it but even with stretches that feel good doesn’t sit well with Nelson. “The research on the classic hamstring sit and reach stretch test DOES show an improvement in range of motion,” he says. “However, the reason is that the perception of how far you can go before you feel the same sensation gets altered.”

Static stretching dampens that feedback and allows you to stretch further with the same sensation, which to me is the WRONG direction — you want MORE feedback when you get close to an end range of motion, not less if you want to reduce injury risk.”

This is why you need to have some purpose behind your reason to stretch, otherwise just stretching for stretching’s sake is a waste of time according to Cooper. “Stretches that are a waste of time are the ones that you don’t need to do for your goals or for what your body needs.

If you notice that you don’t have a certain range of motion in an area, you might need to stretch, however feeling tension doesn’t automatically mean you need to stretch.  Avoid arbitrarily picking stretches to do because you think you need them.”

Like the hips and hamstrings according to Konforti. “Many people spend a ton of time stretching hip flexors and hamstrings with no lasting results, that’s because often those muscles are weak, not short. In a lot of cases, those stretches do little because you need to strengthen those muscles to improve your range of motion. Remember, stability before mobility.”

That’s why it’s important to find the right stretches. Bacon says, “The trick is finding the right stretches, in the proper context, for the right purpose. All types of stretching can be used to increase mobility, but to avoid decreases in performance, dynamic stretching is the right choice before exercise. As far as what to avoid, it is less about avoiding specific stretches as it is avoiding intense, prolonged stretching before training.

Sun May 1 , 2022
The first week of May is National Small Business Week, where we celebrate entrepreneurs and recognize all the hard work it takes to start a business. Many people across the U.S. have a business idea or entrepreneurial aspirations – but not everyone takes action. For some, this inaction is simply […] 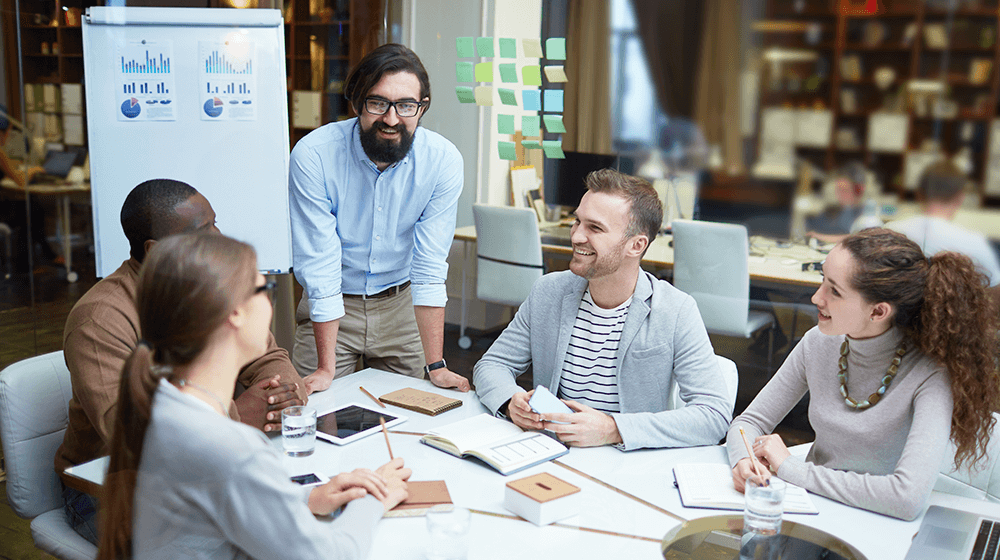